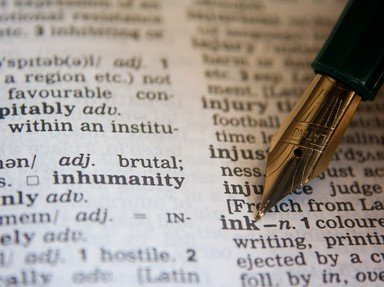 There's a common phrase 'a cock-and-bull story' which refers to an implausible story told as true, but this cock-and-bull story is about words which begin either with cock or with bull.
This is a renovated/adopted version of an old quiz by author ravenskye

Cockerel is used to denote a young male chicken (gallus gallus domesticus) that is usually under the age of one year. There have been various claims as to where the word originated, from the Old English "cocc" through the Sanskrit "kukkuta" to the Old Norse "kokker". The most common consensus is that it mostly likely was the Old French word, "coc". What is known is that it entered use in English between 1400 and 1450 as the Middle English word "cockerelle".

The cockerel is a symbol often found used. Famous cockerel mascots include that of the French rugby union side and the English football team, Tottenham Hotspur. It also features in the set of Imperial Easter Eggs made by Carl Faberge for the Russian royal family. "The Cockerel Egg" was made in 1900 and presented by Tsar Nicholas II to his mother, Empress Maria Feodorovna.
2. Construction machine used for pushing or one who intimidates

Bulldozer is the term used to describe a motorized machine with an attached blade for pushing things. It is also used to designate a person who uses intimidation or coercion to attain their goal. The latter is actually the earlier of the two uses. The term is an Americanism that came into use in the 1870s. The first record of the term was in 1876, when it was used to describe people using intimidation to prevent African-American men from voting in that year's presidential election, the first for which they were eligible. The actual origin of the word is unclear, but it has been postulated that it literally comes from the phrase "a dose fit for a bull". Over time, it has become a general term to describe bullying and intimidation.

The first recorded use of bulldozer to describe a machine appeared in the "St Joseph Sunday Herald" in St Joseph, Missouri on 30 June 1889 in a report describing a machine with a metal blade used for bending or shaping steel cars. Today it is the accepted term for any motorized vehicle with a blade that is used to move material by pushing it. It has been suggested that this might come from the habit of bulls have of using their strength to push back their rivals.
3. Type of soup originating from Scotland

Cock-a-leekie is a hot soup that originated in Scotland. It is made from chicken and leeks in a peppered stock. Barley and/or oatmeal are sometimes added to the broth to make it go further and thicken it. The name comes from "cockie" which is the diminutive form of cock and "leekie", the diminutive of leek. The "Orchtertyre House Book", a book detailing the daily expenses and menus from the household of Sir William Murray and his wife, Katherine Fraser and written between 1737 and 1739, contains the first record of the term. It details that "a dinner of cockie leekie with fowlls in it" was served.

The first recorded recipe was detailed in an Isabella Beeton cookbook dating from the Victorian era. Cock-a-leekie is considered to be Scotland's "National Soup" and is often served as a starter for Burns' Night meals.
4. Not quite straight or an impractical idea

Cockeyed is a versatile word to have in your vocabulary as it can have different meanings or intimations depending on the situation in which you use it. The first written records of its use appeared in the early 19th century when it was used to mean "squint-eyed" or a suspicious and skeptical look. As with a lot of words, the exact origin is unknown, although the most common theory is that it comes from the behaviour of roosters in the way that they look sideways at anything that is new or strange. Its meaning evolved as it also came to mean something awry, not quite straight or right. By the 1890s, the meaning expanded even more to describe something that was clearly impractical or fanciful. It was in this sense that cock-eyed appears in the 1949 Rogers and Hammerstein musical "South Pacific", in the song "I'm A Cockeyed Optimist".

In the early 1920's, cock-eyed became a popular way of describing someone who was inebriated or drunk. Ernest Hemingway used this meaning in his first novel "The Sun Also Rises".
5. A brief news or information notice

Given the ubiquity of information available in the modern age, it is no wonder that bulletin is a word probably familiar to most of us. It is defined as a brief public statement from an authoritative source. The meaning has expanded to include a broadcast news summary as well as the report or newsletter of an organization. The word entered English via the French word "bullette". However, the origin dates back to the Italian word "bulletino" which is a diminutive of "bulla" and most likely refers to the Papal Bulls which are official statements issued by or on behalf of the pope.

The first recorded use of bulletin in English came in 1765 and the word gained popularity during the Napoleonic Wars when it was used to refer to the reports from the front line of battle. As these reports were often less than truthful, it gave rise to the saying "as false as a bulletin". It would seem that "fake news" is nothing new.
6. Boastful or self-important person

You know that person who is always going on about how important they are and is full of boastful talk? That's a cockalorum. The word is thought to originate with the Dutch or Flemish word "kockeloren" which means "to crow" and reflects the self-importance of a rooster or cock as it swaggers around crowing. In English, it dates back to about 1715 when it was used in a Scottish folk song called "Cam ye o'er frae France? " to describe the Marquis of Huntly, the eldest son of the Duke of Gordon, who was known as the "Cock of the North".

A member of the plum family, a bullace is a small tree or large shrub that bears oval fruit similar to that of damsons. Its botanical name is Prunus domestica insititia and it was introduced to Britain by the Romans. The name bullace has, like many words in the English language, an uncertain origin, but it is derived from the Old French word "beloce" which means "sloe". The Middle English form of "balace" came into use in the 14th century. There are different versions of the word bullace across English including "bullies" in Lincolnshire and "bullum trees" in Cornwall. Bullace fruit is usually used to make preserves or a fruit wine as, even when ripe, it can be very acidic when eaten raw.

There is a variety of West Indian tree (Melicocca bijuge) that is also known as bullace or bully-tree. It bears a small green egg shaped fruit.
8. Parrot with decorative crest or Australian lookout man

A cockatoo is any one of the twenty-one species of parrots that are found in the family Cacatuidae that are endemic to Australia and surrounding islands. They all have a decorative and erectile crest and are known for being loud and noisy birds. The word cockatoo comes from the Dutch "kakatoe", which itself probably originated from the Malay word "kakatua" that translates as "old brother or sister". The first known use of the word in English dates back to 1634 and usage became common around the mid 19th century.

Cockatoo entered Australian slang when the word was used to designate a lookout man or guard who kept watch for people involved in illegal activities such as illicit gambling. It is thought that this usage originates from the behaviour of species such as the Sulphur Crested Cockatoo, where a lookout bird is posted to warn the flock of any approaching danger. Cockatoo is also used in Australia to describe a small-scale farmer who works a piece of land and then moves on to new pastures.
9. Valuable metal in bulk form

Bullion is defined as a mass of precious metal that is found in bars, ingots or coins and usually kept in bulk. It is usually used to refer to silver and gold, although more recently, this definition has widened to include platinum. In bullion, the value is in the weight and purity of the precious metal rather than in the form or shape that the mass holds. An exception to this rule is the Bullion Krugerrand, manufactured in South Africa, which is the only coin literally worth its weight in gold. Bullion is derived from the Middle English word "bulloin" which was in use between 1300 to 1500. This is in turn thought to come from the Old French word "bouillon" which means "boiling". It referred to the practice of melting silver and gold to use for coins.

Although now mostly obsolete, bullion was also used to describe a fringe made of gold or silver threads which was used to decorate uniforms.
10. English dialect originating in the East End of London

Famous for its rhyming slang, Cockney is probably one of the most well-known and recognizable English dialects. Traditionally, Cockney is the name given to "any person who was born within the hearing distance of the church bells from St Mary-Le-Bow, in Cheapside, in the City of London." As urban sprawl has happened and areas have become less rigidly defined, it is now used to refer to anyone from the East End of London. The word evolved from the Middle English word "cokenay" which was first recorded in William Langland's "Piers Plowman" in 1362 and meant "cock's eggs". Now, as cocks or roosters don't lay eggs, to call someone a "cokenay" was not a compliment. In "The Canterbury Tales", Chaucer used the same word in "The Reeve Tale" to refer to a character who was what we would today call a "mommy's boy" or a "sissy".

Rhyming Slang was thought to have originated in the mid 19th century as a form of code to prevent outsiders from understanding information that might be sensitive. A disclaimer here: I have never understood rhyming slang so I am not going to try to describe how it works. From its original negative connotation, Cockney has become quite a sought-after dialect which has given rise to the term "Mockney". This is the attempt by non-Cockneys to use the dialect because it is considered fashionable to do so.
Source: Author KayceeKool

Go to Words Within Words Quizzes