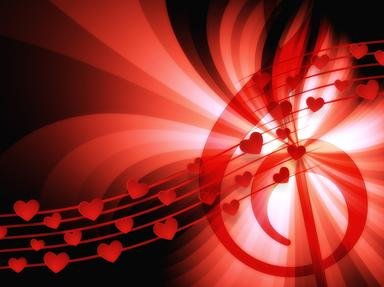 Can you identify these ten sheet music snippets from "Banjo-Kazooie" for the N64? Note that bass and rhythm lines are not used, and the focus is on melodies instead of intros. The music was written by Grant Kirkhope.

Quiz Answer Key and Fun Facts
1. Which level is this from?

This song is played on steel drums, which are from the Caribbean and often associated with beaches and the tropics. The music fades into a "Jaws"-like song when the player is chased by Snacker (the shark) in the water, and it fades out entirely when the player flies up high.
2. Which level is this from?

"Grunty's Lair" is the hub world from which players access all the other levels. It is based on the children's song "Teddy Bear's Picnic" (which is also in 6/8). There are many versions of this song played on different instruments, which will fade in and out when the player is near the entrance or a jigsaw for a world.

For example, when approaching the Treasure Trove Cove entrance, it plays on accordions to evoke a pirate feel.
3. Which level is this from?

Just like the "Grunty's Lair" song, there are different versions of this song. There is one for each season, as well as the hub world (and a few more for some interior spaces). In the Summer version, it's turned into a waltz, moving into a 3/4 time signature.
4. Which level is this from?

Every level in "Banjo-Kazooie" with water has a version of its music played on the marimba (wooden xylophone). The marimba has a muted quality that evokes the feeling of hearing underwater. This usually stands in contrast to the sharper attacks of wind instruments heard above the water.
5. Which level is this from?

Gobi's Valley is an Egyptian-themed world with pyramids and a sphinx (even though the real-life Gobi Desert is in China and Mongolia). To evoke this feeling, Egyptian instruments are used, with a particular focus on reed instruments.
6. Which level is this from?

In addition to conventional instruments, this track uses tuned frog croaks and other swamp sounds to evoke the feel of this level. Like all levels, this track has many different versions that play in different contexts (like being indoors), but a wholly new track is played when competing against Mr. Vile.
7. Which level is this from?

"Banjo-Kazooie" relied heavily on wind instruments (reeds and horns in particular) compared to other soundtracks. These usually have lighter or goofier connotations than the more emotional strings or pianos. This is why even the "scary" level still sounds lighthearted.
8. Which level is this from?

Like many winter-themed moments in media (games, movies, TV), "Freezeezy Peak" uses jingle bells to evoke a Christmas feel. It also makes use of a horn section for good portions of the melody, sounding a bit like a brass quartet that one might hear at a Christmas market. This song has a sad minor-keyed version when visiting Boggy's children before they have any presents.
9. Which level is this from?

"Rusty Bucket Bay" has a few recognizable melody lines, making it hard to choose just one for this question. This snippet is of the opening chromatic scale. A chromatic scale is when every semi-tone is played, instead of playing a mixture of full tones and semi-tones heard in major and minor scales.
Source: Author qrayx

This quiz was reviewed by FunTrivia editor agony before going online.
Any errors found in FunTrivia content are routinely corrected through our feedback system.
Most Recent Scores
Dec 21 2022 : wjames: 2/10
Dec 11 2022 : snhha: 10/10


Other Destinations
Explore Other Quizzes by qrayx

Go to Music from TV and Movies Quizzes