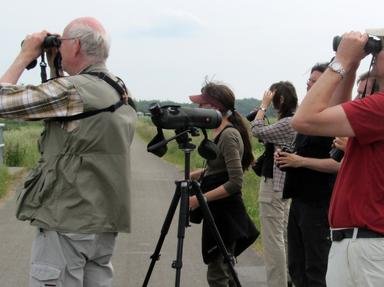 A Pint of Bitterns Trivia Quiz

Bitterns are wading birds with long, thin legs, broad wings, and a short tail. These birds live near water in warm climates. Enjoy your pint of bitters while you take this quiz.

Share on Facebook
Share on Twitter
Share by E-Mail
Author
asm1
Time
4 mins
Type
Multiple Choice
Quiz #
336,246
Updated
Dec 03 21
# Qns
10
Difficulty
Average
Avg Score
8 / 10
Plays
278
This quiz has 2 formats: you can play it as a or as shown below.
Scroll down to the bottom for the answer key.

Quiz Answer Key and Fun Facts
1. The bittern most closely resembles which bird?

Bitterns eat food found in their habitat; crustaceans, insects and sometimes small mammals.
3. What is the habitat of the bittern?

The bittern is a wading bird and is found in water habitats.
4. The use of the chemical DDT had an impact on the bittern. What was it?


Answer: made the female lay eggs with thinner shells

Scientists found that the number of fish-eating birds dropped in the 1960's. The cause was eggs that broke before the chicks were ready to hatch. Following the life cycle, mosquitos killed by poisonous chemicals were eaten by fish which were in turn eaten by birds like the bittern, affecting their egg shells.
5. Bitterns are sometimes named after the region or area they live in. Which one is NOT a name for a bittern?

Bitterns are warm weather birds. They migrate south when in an area where the weather turns cold.
6. Most bitterns are shy and secretive. What is a method they use when the enemy approaches?


Answer: sway back and forth with the surrounding reeds

When threatened, the bittern will stretch its neck up to camouflage itself with the surrounding reeds.
7. In Borneo, the bittern is welcomed by rice-growers because it:

Rice-growers have come to rely on the bittern to control the cricket population.
8. Nests are made of fronds and stalks and are built on the ground in the marsh. How does the hatched chick get fed before it leaves the nest?

Both parents feed the chick by eating the prey and regurgitating it to the chick.
9. During the breeding season, the American bittern male has a loud call that sounds like something encountered in stormy weather. His nickname is:

The bittern is normally silent, but during breeding season it demonstrates a very loud voice.
10. What characteristic of the bittern separates it from wading birds like the spoonbill and flamingo?

The spoonbill has a bill that resembles a large spoon; it spoons up the floating prey. A flamingo strains small crustaceans out of the water with its bill. The bittern has a long, thin bill and picks up crustaceans from the water.
Source: Author asm1

This quiz was reviewed by FunTrivia editor crisw before going online.
Any errors found in FunTrivia content are routinely corrected through our feedback system.
Most Recent Scores
Dec 26 2022 : Guest 74: 9/10
Dec 13 2022 : Andyboy2021: 10/10 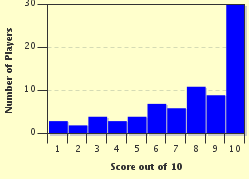 Related Quizzes
1. World of the Versatile Vulture Average
2. Proud as a Peacock Average
3. Huffin' and Puffin Average
4. Blackbird Chain Average
5. American Crows vs Common Ravens Average
6. The Bonny Swans Average
7. A Partridge in a Pair Tree Easier
8. ...That's When I Remembered the Turkey Easier
9. The Vultures Are Circling Average
10. One Flew Over the Cuckoo Clock! Average
11. Just Swanning Around Average
12. The Much Maligned Magpie Average


Other Destinations
Explore Other Quizzes by asm1