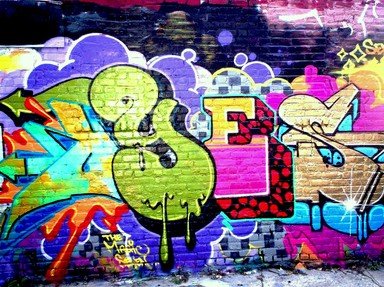 As part of "Mike and Rowena's Invertebrate Inquisitions", this quiz challenges you to take a CAPITALISED word, add some letters and anagram to find an invertebrate! Oh, and be sure to remove any backbones which you may find along the way.

Quiz Answer Key and Fun Facts
1. You are told that this first animal is often found in mud, but is not a SOW. Add an R and an M to this word, remove the backbone and anagram. What spineless creatures are you left with?

When people say "worms" they are usually referring to earthworms, but these are only one of the many types of worm. Other animals known as worms may not even be that closely related to the earthworm, such as flatworms, roundworms and ribbon worms, which belong to different phyla.

Earthworms are hermaphrodites.
2. Next, you take CHEESE, produced by the mighty cow, add an L and anagram. What slimy creatures should you find?

These invertebrates are thought as some of the most alien creatures around. This may be because they can become "giant" as a result of drinking human blood.
3. You now take a little MOUSE, add two L's, an S and a C, remove an E and anagram. What group of invertebrates should you find?

The mollusc phylum is very broad and includes animals from snails and slugs to octopi. Members such as octopi and cuttlefish have been found to be very intelligent and have been taught to solve puzzles.
4. As you STOOP down to question 4, you take this word, add an C and a U and anagram. What leggy creature are you left with?

Another alien on Earth, the octopus has many notable characteristics, such as the sizes they can grow to, the intelligence they possess, and that all 300 species are venomous. The blue-ringed octopus being deadly to humans.
5. As you SEARCH for this next invertebrate, you take this word, add a U, an I and an N and anagram. Which odd creature should you find?

Although essentially a small, soft creature, the sea urchin has developed long, sharp spikes all over their bodies in order to defend themselves from predators. This covering is known as their "test".

Sea urchins have said to be capable of living 200 years or even longer under the correct conditions.
6. Hopefully you've found a few invertebrates so far, so I think you should be awarded some MERITS. Take this word, add an E and a T and anagram. Which creepy-crawlies should you now find?

Termites have shown to be very intelligent as a collective body. Some colonies have built large flat mounds, orientated so that they receive maximum warmth from the sun throughout the day.

Like ants, their colony is built around a "queen", who lays all of the eggs. The queen termite is said to be the longest living insect in the world (it is thought to live up to 50 years!).
7. In your quest for invertebrates, you visit the STORE. Having found none in the store, you look in STORE, add a Y and anagram. Which sea creature should you find?

Oysters are very much a part of human life, providing us with both pearls and a delicacy thought to be an aphrodisiac. The name "aphrodisiac" comes from the Greek goddess of love and beauty, Aphrodite, who is commonly depicted "riding" another invertebrate - a clam.
8. You are told that these next animals sound very strong. "MULES!" you think. But wait, they're not invertebrates. So, remove a backbone, add two S's and anagram. Which invertebrates should you now find?

Looking as odd as they do, people may be baffled as to how mussels feed. The answer is that they are filter feeders, feeding on plankton and other free floating organisms around them. They are usually found attached to rocks by the sea shore. They attach themselves using a silky filament called a byssus.
9. "Easy!" you think, as you've found a CRAB straight away. But wait, this isn't the invertebrate you're after. Add an A, E, N and L and anagram. What is the name of the invertebrate you should find?

Barnacles have the largest penis in relation to their body size of all animals.

Crabs are well known creatures and can be fearsome in appearance. Such examples include the king crab, which dwells in deep seas and has tremendously powerful claws, and the Japanese spider crab, which is believed to be the largest living crab species (its leg span can be up to 13 ft!).
10. Well, you've TRULY done a great job so far, but you have just one more invertebrate to find. Take this word, add two F's and I and anagram. Which pesky creature should you find?

Fruit flies are a god-send to geneticists and have allowed us to learn about genetic inheritance at an astonishing rate. The reason for this is their easy to identify genetic characteristics (e.g. eye colour), as well as their rapid rate of reproduction.

Zebra fish are now commonly used for the same purpose. I have been fortunate enough to spend some time in the labs at Edinburgh Royal Infirmary, where much of this scientific research takes place.
Source: Author doublemm 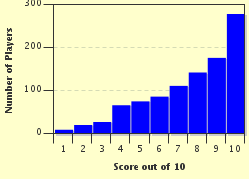