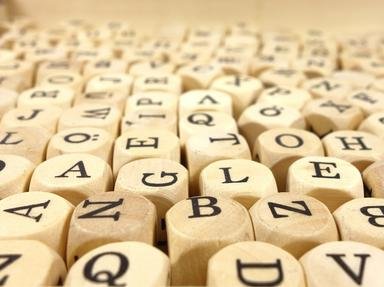 Joy to the Day Trivia Quiz

As Christmas approaches, the family is getting excited. Help them bring JOY to the DAY they so eagerly anticipate.

Quiz Answer Key and Fun Facts
1. Young Monica has written a letter to Santa. She really wants a pony, but has accepted that she will probably get a model horse for her collection, not the live one of her dreams. Change one letter of the word JOY to write another word that can describe the horse she expects to get.

I know her resigned pain - a horse was at the top of my list throughout childhood, but I was an adult before I was able to buy a horse of my own. Like many other 'deprived' children, I spent hours playing with my model horses and pretending they responded. The image used in the question was from a series of photos showing how to paint a model horse to give it a realistic appearance.
2. Iris was distraught when she saw that someone was giving her a present in a blue box. "Blue isn't for girls!", she wailed. Change a letter of your last answer to describe what she perceives as the appropriate recipient of a gift in a blue box.

Pink is for girls, blue is for boys - but not in my house! Size is more a important consideration than color when picking the container in which a gift will be presented. Iris was mollified when she was given permission to add a layer of paper decorated with snowmen to the offending box.
3. A good way to keep the children busy in the days leading up to Christmas is to set them the task of wrapping their presents for the rest of the family. Change one letter of your last answer to get a word for a common decoration used when wrapping Christmas gifts.

Many years ago, back when I first discovered what a dreadful wrapper I was, you had to tie the ribbon yourself, and then try to coax shorter pieces into making some kind of decorative arrangement. The ribbon that curled when run over the edge of the scissors used to cut the wrapping paper to size was my only hope of any kind of success. Nowadays I just buy pre-made bows and stick them on.
4. While the children are occupied with wrapping, it's time to get the yard ready for the family gathering. Since Australians celebrate Christmas in the middle of summer, we plan to be outside for a large part of the day, and the grass needs some attention. Change one letter of your last answer to find what I told my husband he had to do while I was pulling weeds in the flowerbeds.

Mowing the grass is one of those seemingly-endless chores like washing the dishes. It seems that no sooner do you finish than it's time to do it again. But convention insists that the knee-length growth which my dogs love to use as cover when chasing possums is not appropriate for a suburban backyard. More importantly, it can be a real fire hazard!
5. An outburst of noise from inside the house means we have to stop our yard work and go sort things out. Fortunately, the squabbling children haven't reached the point shown here, and settle down again to finish their wrapping. Change one letter in your last answer to create a word describing a minor altercation.

A row (pronounced to rhyme with cow) is a heated verbal dispute over some point. It can involve raised voices (to the point of shouting), arm gestures, flouncing away in anger, tears of rage, and assorted other unpleasant activities. Those engaged in having a row may be said to be bickering or squabbling.
6. Over lunch, the family conversation turns to the food planned for the big Christmas celebration. The forecast is for a stinking hot day, so I propose that we have a range of salads rather than cooking traditional roast vegetables. Salads are often made from uncooked vegetables. Change one letter of your last answer to make a word describing how the vegetables in a salad can be presented.

As a child, I associated the word salad with iceberg lettuce and a bottled vinaigrette dressing. Simple as it was, it was still my favorite vegetable dish. Imagine my excitement as I discovered an ever-increasing range of delicious ingredients to add to my salads! While I happily eat them year-round, many consider them summer food - which makes a nice range of salads an appropriate part of an Australian Christmas.
7. With all the gift wrapping complete, the children need another activity to distract them. A nice game of Farmer in the Dell gets under way, with everyone singing loudly to let off excess energy. The lyrics of this game vary around the world, but you can change one letter of the last answer to find the animal that takes the cheese in our household.

While many versions refer to a mouse, rat is also widespread (and mouse doesn't fit into this quiz). In the game, one person starts in the centre of a ring formed by the other players, and is the Farmer. As everyone sings, the Farmer takes a wife by selecting someone from the ring to join him in the centre.

The wife then takes a child, after which variations abound. Most end with a dog taking a cat who takes a rodent who takes the cheese, and then "the cheese stands alone" as the others return to the ring, and the game is over.
8. To make sure the children (young and old) of the extended family can have their traditional game of backyard cricket on Christmas afternoon, we gather up all the necessary equipment and make sure it is in good order. Change one letter of your last answer to find the name of the essential piece of equipment shown here.

A cricket bat is traditionally made of willow, with a handle made of cane. It has a broad flat-fronted blade which is used to hit the ball, which is traditionally red and slightly larger than a baseball. For backyard cricket, however, we usually substitute a tennis ball, which does a lot less damage to the neighbours' windows.

It's a good idea to have some spares, since it is not unusual to lose a well-hit ball over the fence. The other necessary equipment includes something to represent the stumps - it needs to be between knee-high and waist-high, and to either fall over easily or make a loud noise when the ball hits it.

A metal trash can was traditional 50 years ago, but they're hard to find now - we have a plastic stump-and-bails (in one piece) from a children's game set that we haul out annually. And that's about all you need - backyarders don't wear the pads, helmets, keeper's gloves, etc. that the professionals sport. Now, who's bowling first?
9. It's been such a hot day that we decide to go down to the beach for a cooling dip before bedtime. Change one letter of your last answer to find another word to describe the cove where we are headed.

A bay is usually larger than a cove, but the people who name places don't always pay attention to such details. Both terms describe an area where the land forms a concave curve around a portion of the lake or sea which it borders.
10. After a restless night's sleep, the children are up at dawn to greet Christmas. Another term for dawn is "the break of _____". Change one letter of your last answer to fill in the blank, and join the Christmas fun.

Christmas Day - we made it. I hope you carried the joy with which we started all the way through the quiz, and have a wonderful day. We're off to open presents, prepare the food, light the barbie, have a few cold drinks, and enjoy the family.
Source: Author looney_tunes 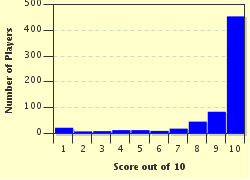