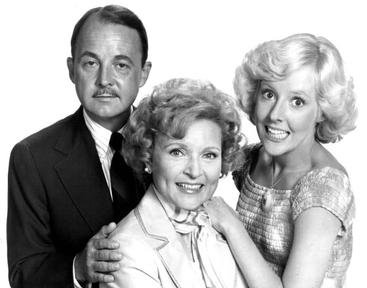 Betty White is an icon of American television! Join me now in taking a glimpse at her celebrated and ground-breaking career!

Quiz Answer Key and Fun Facts
1. Betty Marion White was born on January 17, 1922, and is the only child of Horace and Tess White. Where did she grow up?

Born in Oak Park, Illinois, Betty's parents moved to Los Angeles when she was eighteen months old. Her mother was a homemaker and her father was an electrician. Betty remembers them being very supportive and having a wonderful sense of humor. She enjoyed a happy childhood, writing and performing her own plays.
2. During the late 1930s Betty thrived in high school, and was voted the best looking female by her classmates. Which of these extra-curricular activities did Betty participate in?


Answer: All of These

Betty played the lead in several Beverly Hills High productions, and after her graduation in 1939 she became active in community theater and modeling. Her theater experience was key when she auditioned and received several roles in radio shows like "Blondie", "This Is Your FBI" and "The Great Gildersleeve".
3. Betty's first big break came in 1949 when she was hired for "Hollywood on Television" on KLAC. Legendary Los Angeles radio personality Al Jarvis was the host, and thought Betty would be perfect for which role?

When television was new, programmers hired DJs to play records just like they had done on radio. Al Jarvis was hired to play songs, perform in sketches and conduct interviews. Jarvis knew Betty White from her radio work and her local appearances television and recommended her for the sidekick role of the phone girl, which was also known as "girl Friday".

She functioned as his sidekick in hosting duties, acted in sketches, and helped to move the show along. The show was on six days a week, and ran for three years before Jarvis left in 1952.

After that, Betty took over the hosting duties herself.
4. Betty was married three times in her life. Which popular game show host was her third and most cherished husband?

After meeting each other on Allen Ludden's game show "Password" the two hit it off and married in 1963. They were happily married until Ludden's death of stomach cancer in 1981. Ludden was the true love of her life, and when asked why she never remarried, Betty said, "I never remarried because once you get it right, it's a tough act to follow."
5. In 1952, Betty White was one of the few women in Hollywood to have enough power to exert creative control both in front of and behind the camera. She co-founded Bandy Productions with two male partners and created her own sitcom for which she won her first Emmy. What was the name of that sitcom?

"Life with Elizabeth" ran from 1953-1955 and began from one of the most popular sketches from "Hollywood on Television". It starred Betty and Del Moore as a young, newlywed couple dealing with the trials and tribulations of marriage. During "Life with Elizabeth" in 1954, Betty also starred in her own talk show, which was the first "Betty White Show."
6. In 1962, Betty's big screen debut was in Otto Preminger's "Advise & Consent". However television still occupied the majority of her time, however, and she did guest appearances on sitcoms, panel shows, and was considered "The first lady of game shows." On which of these game shows did Betty White NOT appear?

Betty White has appeared on more game shows that any other television performer. With appearances on at least 24 separate game shows, Betty was also the first woman to win an Emmy for best daytime game show host for 1983's "Just Men!" where seven male celebrities tried to help two female contestants win a car.

In "Advise & Consent", Betty played Kansas Senator Elizabeth Ames Adams in a political drama questioning what would happen if a communist became secretary of state.
7. A friendship between Betty, Mary Tyler Moore and her producer husband Grant Tinker, led to her being cast as Sue Ann Nivens during the fourth year of "The Mary Tyler Moore Show". What was the name of Sue Ann Nivens' show on WJM?

White created a character whose sugary-sweet television persona hid her sharp-tongued, man-hungry, sardonic true self. This fan favorite character earned Betty White Emmys in the 1974-75 and 1975-76 seasons for Best Supporting Actress.
8. Producers came to Betty White about starring in a new project called "The Golden Girls", about four single women living together in Miami, sharing the problems and laughs about middle age. Which role did producers originally have in mind for Betty?

Producers had planned for Betty to play the role of Blanche, the lusty seductress, while Rue McClanahan would play the more timid and naive Rose. Worrying about being typecast, both White and McClanahan felt they would be better off swapping roles. Betty, who wasn't sure how to play Rose, found inspiration when the director told her not to think of Rose as dumb, but rather that she believes the first explanation of everything she hears. That insight helped Betty to develop one of her most famous and beloved characters.

She went on to play the character of Rose Nylund on four different sitcoms! "The Golden Girls", "Golden Palace", "Empty Nest" and "Nurses".
9. Betty White has made guest appearances on countless television shows. Which of these television shows has she NOT appeared on?

It is hard to believe how much television history Betty White has covered - guest appearances, talk shows, game shows! She's done it all! She's even appeared as herself on such off color shows as "Family Guy", "The Howard Stern Show" and Comedy Central's roast of William Shatner!
10. Betty White is known for her tireless works on behalf of animals and pets. What pet related company did she sign on to act as their spokesperson in January of 2007?

Long before working for 1800PetMeds, Betty has been involved with numerous animal charity organizations. Since the '60s she has been associated with the Los Angeles based Society for the Prevention of Cruelty to Animals, and she has been with the Morris Animal foundation for 31 years.

She also works with Los Angeles Zoo Commission, The Wildlife Waystation, and Actors & Others for Animals.
Source: Author Mbovary 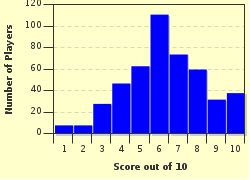 
Other Destinations
Explore Other Quizzes by Mbovary