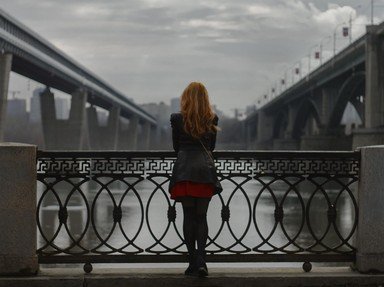 Just a quiz on my favorite redheaded actresses. There are many to choose from. Who are your favorites?

Quiz Answer Key and Fun Facts
1. Which of these actresses is famous for co-starring with John Wayne in at least five movies, as well as for a movie hinted to in this image?

Fiery redheaded actress Maureen O'Hara made her mark in Hollywood playing strong passionate characters. She made five films with longtime friend John Wayne and, for many fans, these are the movies for which she is most remembered. One of her most successful films was "Black Swan" (1942), a swashbuckling film that co-starred screen idol Tyrone Power and a young Anthony Quinn.
2. In 1962, which famous redheaded comedienne/actress became the first woman to be the founder of a major television studio?

Lucille Ball, with a career that spanned over 50 years, was a multi-talented actress with roles in both film and television, as well as being a model. In 1962 she became the first female to run a major television studio named "Desilu", after herself and her first husband Desi Arnaz, to whom she was married for over 20 years.

Her popular television show "I Love Lucy", which debuted in 1951 can still be seen in reruns on televisions around the world.
3. What is the name of the character played by redheaded actress Tina Louise on the television show "Gilligan's Island" from 1964-1967?

While the glamorous Tina Louis made many movies, music albums and has even written a book, she will probably always be most well known for playing the role of Ginger Grant, the stranded actress on the television comedy "Gilligan's Island". She is active in promoting education and tutors children, trying to instill ideals of confidence and self-determination.
4. Which redheaded actress played opposite actor Yul Brynner in the 1956 film "The King and I"?

The beautiful redheaded actress that played opposite Yul Brynner in the Rodgers and Hammerstein musical "The King and I" (1956), was Deborah Kerr. This beautiful Scottish actress was known for her work in film, television, and on stage and won numerous awards for her performances.

Her last name is pronounced "car" and Louis B. Mayer of MGM often billed her saying that "Kerr rhymes with Star".
5. In 1988, which actress, known by many for her skill with the weapon shown, won an Academy Award for Best Supporting Actress for her role in "The Accidental Tourist"?

Former fashion model turned actress, Geena Davis is well known for her numerous movie roles and has won an Academy Award, as well as a Golden Globe for her work on television. In 1999, she tried out for the U.S. Olympic archery team and placed 24th out of 300.

This leggy redhead actress is well-known for her versatility as an actress as well as for her work advocating the prohibition of gender discrimination in sports and education. The photo is of an archery bow, one of her favorite hobbies.
6. This image is the original illustration of Glinda the Good Witch of the North from the classic novel "The Wizard of Oz". Which beautiful redheaded actress, born Mary William Ethelbert Appleton, is most well known for her portrayal of this character in the film of the same name, that was released in 1939?

Billie Burke made numerous movies but is probably best remembered for her role as Glinda the Good Witch in the cinema classic "The Wizard of Oz" (1939). In 1938, she was nominated for an Academy Award for her role in "Merrily We Live". This lovely redhead was married to Broadway impresario Florenz Ziegfeld for almost 20 years, until his death.

She never remarried, and made her last movie "Pepe" in 1960. The photo is the original image of Glinda the Good Witch, taken from the first edition of L. Frank Baums "The Wizard of Oz".
7. Which actress, born in the country represented by this flag, starred with Elton John, Jack Nicholson, and Eric Clapton in the 1975 British musical film "Tommy"?

Redheaded Ann-Margret was a multi-talented actress/singer/dancer, who made the most of her good looks, acting skills and voice in many films, stage, and television shows. Born in Stockholm, Sweden, in 1941, some of her more notable films included "Bye Bye Birdie" (1963), "Carnal Knowledge"(1971) and "Tommy" in 1975. She has won multiple awards for her work in both acting and in music.
8. Which of the following is a Scottish actress/ballerina, most well-known for her role in "The Red Shoes" (1948)?

Moira Shearer was a classically beautiful ballerina who went on to a film career. She appeared on stage, television, and in movies. Her career also involved choreography, as well as writing for "The Daily Telegraph", one of Britain's most renowned newspapers.
9. The vibrant Bernadette Peters is a multi-talented entertainer, most well known for her work in which of the following?

Bernadette Peters is one of the most critically acclaimed Broadway performers in American theater. She has appeared in movies and television, recorded multiple solo albums, and written two children's stories. She is very active in animal adoption charities and has dedicated considerable time and money towards finding treatments and cures for paralysis and spinal cord injuries.
10. My favorite redhead is which of the following comediennes, known for wearing the dress in the photo while she did her comedy sketch "Went With the Wind"?

Redheaded Carol Burnett was one of the most popular comediennes during the 1960s and her television program was one of the most highly watched. The dress in this photo was designed by fashion designer Bob Mackie and is known as the curtain dress. While it is hard to see, there is an actual curtain rod attached to the dress.

This was just one of the many hilarious routines done by Carol Burnett and her television troupe. Her multiple skills, as well as her down-to-earth quality earned her the Presidential Medal of Freedom in 2005.
Source: Author dcpddc478 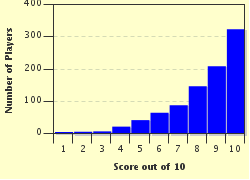