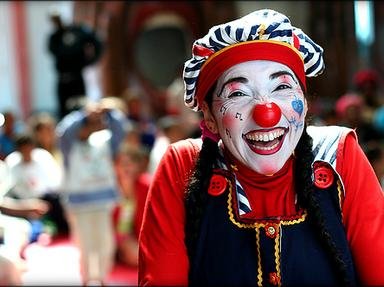 Grauman's Chinese Theatre is famous for its forecourt where many Hollywood stars have been immortalised in the cement. You don't need to have been there to play this quiz.

Sid Grauman originally built Grauman's Chinese Theatre on Hollywood Boulevard. It was jointly owned by Sid Grauman, Mary Pickford, Douglas Fairbanks Snr and Howard Schenk. The official opening was held on May 18, 1927. Its name was changed to Mann's Chinese Theatre in 1973 when it was purchased by the Mann Theatre chain.

The name was changed back to Grauman's in 2002. It is said that the idea for preserving hand and footprints in the cement occurred to Sid Grauman after he accidentally stepped into wet concrete during the construction of the theatre.
2. Who were the first actors to be immortalised in the cement sidewalk outside the theatre?

According to Mann Theatre's official website, Mary Pickford and Douglas Fairbanks were the first to record their autographs and footprints on April 30, 1927. The other answers were also among the first. All of these stars made their impressions during 1927.
3. Some movie stars have recorded various messages along with their prints. Which Hollywood tough guy wrote "You made my day"?

Clint Eastwood's signature is, of course, a reference to the quote "Go ahead - make my day" from his "Dirty Harry" movie series.
4. Over the years, some unusual impressions have been added. Who left an imprint of her "million dollar legs"?

Betty Grable was known as "the girl with the million dollar legs". In 1939 she starred in the movie "Million Dollar Legs" with Jackie Coogan (to whom she was married) and Buster Crabbe. However, the "million dollar legs" referred to were not Betty's but those of a racehorse.

Her nickname refers to the legend that Fox insured her legs with Lloyd's of London for a million dollars. In fact, the insured sum was only $250,000.
5. Which ill-fated Hollywood actress wanted to sit in the cement and leave an imprint of her buttocks, but was not allowed?

Marilyn suggested that her bottom and Jayne Russell's bust be imprinted but neither was allowed.
6. Which legendary vaudeville comedian recorded his hand and foot-prints, as well as an imprint of his cigar, along with the message "Going in Style"?

George Burns was born Nathan Birnbaum on January 20, 1896. He died at the age of 100 on March 9, 1996. In a career that spanned eight decades, George Burns enjoyed success in vaudeville, radio, television and the movies.
7. Which actress dotted the "i" in her first name with a large rhinestone?

Unfortunately, the rhinestone is no longer there. An unknown tourist chiselled it out of the cement for a souvenir.
8. Grauman's Chinese Theatre has featured in some television shows. In the fifth season of "I Love Lucy", Lucy visits Grauman's and steals the cement slab bearing the footprints of "the Duke". Who was "the Duke"?

John Wayne was known by the nickname "The Duke". In episodes 128 and 129, Lucy and Ethel "souvenir" John Wayne's slab after discovering that it is loose. However, they are spotted. The slab is broken and in order to keep Lucy out of jail, Ricky appeals to John Wayne to help him replace the block. John Wayne left an imprint of his fist in his block.
9. Most celebrities wear shoes whilst making their mark but two actors have made their footprints in bare feet. One was Harpo Marx. Which Scottish actor was the other?

One of the greatest movie stars of all time, Sean Connery's handprints and bare footprints were immortalised on April 13, 1999. (What took them so long?)
10. It is not only human stars who are to be found in the cement. Tom Mix's horse Tony was the first animal star to leave his hoof-prints there. Which two other horses have their hoof-prints recorded as well? 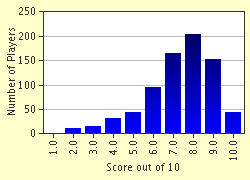 Related Quizzes
1. Hollywood's Walk of Fame Very Difficult
2. The Hollywood Walk of Fame (H.W.O.F) Difficult
3. The Fabulous Rockettes Average
4. All Work and No Play? Average
5. The History of Television Tough
6. Facts on Famous Performers No 1 Average
7. Teenage Culture for the Over-60s Average
8. The Rise and Fall of the Drive-In Theater Average
9. It's Panto - Oh No It Isn't! Average
10. A Bad Night at the Movies Average
11. The Glamour Girls Average
12. The History of Animation - Part 1 Average