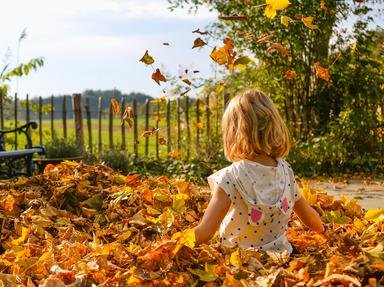 Can you name each cat from the description I give you? This quiz is part of Kyleisalive's "Cats! Cats! Cats!" commission.

Quiz Answer Key and Fun Facts
1. I have two friends called Thing One and Thing Two. I wear a red and white striped hat and a bow tie. People think I'm very naughty. Who am I?


Answer: The Cat in the Hat

Two children are left at home alone one day when the Cat in the Hat arrives and creates chaos. Luckily he cleans it up a moment before the children's Mother arrives home.
Dr Seuss wrote the "Cat in the Hat" series after being challenged by John Hersey in 1954. The challenge was to write a book using words school children should know from a list of 400 words.
2. I am a curious cat who went on an adventure. My friend is a pug-nosed pup called Otis. Who am I?

Milo is a curious kitten born on a farm where he meets a puppy called Otis and they become friends. The movie follows their adventures after Milo floats downstream in a box. They eventually make it back to the farm together.
3. I am a fat, lazy cartoon cat. I like lasagne and kicking the dog off the table. If any spiders come around I whack them with a newspaper. I live with my owner Jon. Who am I?

"Garfield" is a comic strip about the title character, Garfield, his owner Jon Arbuckle and the dog Odie. Garfield is a cantankerous cat created by Jim Davis, who modelled the character after his grandfather.
4. I am a stuffed tiger but my owner Calvin thinks I'm real. He hates school and transforms into Stupendous Man to get out of doing his homework. Who am I?

The comic strip "Calvin and Hobbes" centres on the misadventures of Calvin, a six-year-old boy given over to flights of fantasy. Hobbes is more rational and sarcastic than Calvin, and also more aware of the consequences of their actions. Although he is a voice of reason, he also helps Calvin in his troublemaking.
5. I am a big ginger cat. My owner is a very clever witch with bushy hair. She is a friend of Harry Potter. Who am I?

Crookshanks is a large, bandy-legged ginger cat belonging to Hermione Granger. He is half-kneazle and mistrustful of dishonest people. He spends most of the third instalment, "Harry Potter and the Prisoner of Azkaban" chasing Ron's pet rat. Of course, the rat was an animagus and up to no good, which is why Crookshanks chased him.
6. I wear boots, a cape and a hat with a feather. The King wanted me to kill the big green ogre, but that talking donkey got in the way. Who am I?

Puss in Boots in "Shrek" is based upon the fairytale character of the same name. Antonio Banderas voiced him in the movies, and the cat exhibits traits similar to Banderas's "Zorro", particularly his fighting style and accent.
7. I live in Wonderland and have a big smile. Sometimes that's all you see of me. Who am I?

The Cheshire Cat is renowned for appearing and disappearing at will. His conversations with Alice often leave her confused or annoyed and have been known to lead her into trouble.
8. I am a cat who plays a musical instrument in a nursery rhyme in which a cow jumps over the moon. What do I play?

"Hey Diddle Diddle" is a nursery rhyme dating back to 1765. Originally it was titled "High Diddle Diddle" but was altered with changes in spoken English.
Maybe the cat's name should be "Nero"!
9. Sthufferin' sthuccotashth! I'm a Puddy Tat with black and white fur. When I get my handsth on that Tweety Bird it'sth gonna be curtainsth for him! What'sth my name?

Sylvester is a fictional cat in the Loony-Tunes cartoon repertoire. He spends most of his nine lives trying to catch Tweety Bird, but persistence is his strongest feature, despite his frequent failures.
Mel Blanc voiced Sylvester and admitted in his biography that he "borrowed" the voice from Daffy Duck.
10. I look like a black cat but I'm really a warlock. I was turned into a cat because I tried to take over the world. I live with a teenage witch and her two aunts. Who am I?

Salem only appeared in the sitcom "Sabrina the Teenage Witch" and not in the original comic version. Aunt Hilda was supposedly working with Salem in his bid for world domination and her sentence is to care for Salem, and keep him parasite-free for 100 years.
Source: Author leith90 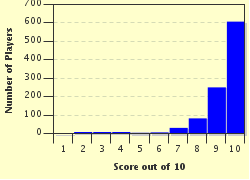 Related Quizzes
This quiz is part of series Kids Playground:

Welcome and have fun!