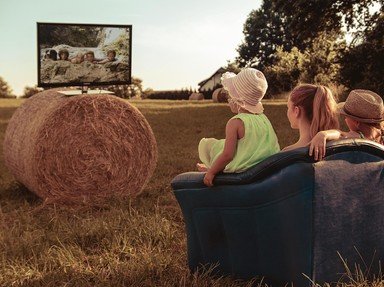 I saw that there were no quizzes on this cool show, so I decided to make a quiz for all the fans of this show on Kids WB and Cartoon Network.

Virgil is, of course, seen in every episode. He has electrical powers which provide all his enemies with quite a shock!
2. What is Static's best friend's first name?

Richie can be seen in just about every episode and he is always ready to stand beside his best friend. He is also the first person who ever knew Static's secret. But he had to keep it a top secret, because if he ever spilled, it would put him, Virgil, and all the people they love in danger.
3. Static's friend also becomes his partner in crime fighting in the third season. What is the name of this hero?

Richie suddenly becomes a brainiac and is able to build all sorts of things. Richie and Virgil find out that he was also affected by the big bang. Richie wound up saving Virgil from his enemies and is declared Static's partner.
4. What is the name of the explosion that caused many teens in the Dakota area to change into people with freaky powers?

The Big Bang happened when there was a teen riot going on and the police tried to stop it. They accidentally shot at tanks of nuclear gases and the people who breathed in the gas were given powers.
5. What were the people hit by the explosion called by the people of Dakota who were not affected?

Also known as Metahumans, the Bang Babies caused the people of Dakota quite a panic at first because they thought all the metahumans were evil. But then they saw that Static was going to be there to clean up the messes.
6. A few D.C. Comic heroes have made special appearances in "Static Shock". In the episode "A League Of Their Own," did Wonder Woman appear?

Neither Wonder Woman nor Superman showed up on this episode. But Hawkgirl, The Green Lantern, Batman, The Flash, and the Martin Manhunter all appeared. However, Superman has had his share of spotlight on the show.
7. One of Static's worst enemies, Ebon, has what kind of powers?

Ebon once overheard Richie and Static saying they were best friends, so he kidnapped Richie to get to Static. He tried again in the second season and Ebon almost figured out Static's identity in the episode where Richie becomes Gear.
8. Is it true that another of Static's enemies, Hotstreak, shoots fire from his hands?

His name kind of gives it away. He was one of the rudest bullies at Dakota Union High before the big bang. He also has a huge ego.
9. What is Static's sister's name?

Sharon is kind of bossy and pushy, but they still care about each other. However, Virgil and Sharon don't show much love towards each other!
10. Was Static's mom a paramedic?

His mom was a paramedic during the biggest gang riot to ever hit Dakota, even bigger than the big bang! But she was killed by a stray bullet.
Source: Author dbzgirl13 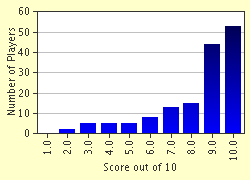 
Other Destinations
Explore Other Quizzes by dbzgirl13