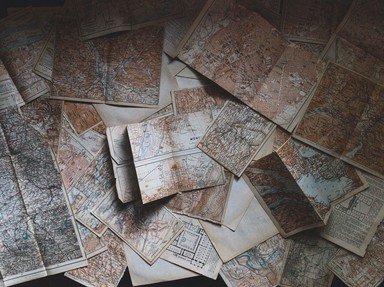 The 1760s Around the World Trivia Quiz

The decade of the 1760s marked the beginning of the Industrial Revolution and helped lay the foundation for another revolution - in America.

Quiz Answer Key and Fun Facts
1. Who played a large role in the political education of The Duke of Edinburgh (later King George III)?

Lord Bute became prime minister (1762-63) after King George III ascended to the throne. He was also rumored to have had an affair with George's mother.
2. What annual tradition began in New York City in March 1762?

It took place in lower Manhattan on March 17, 1762. It was started by homesick Irish soldiers serving with the British.
3. Who became Empress of Russia in 1762?

Catherine became Empress when her husband, Peter III, was overthrown in a coup. She ruled from 1762-1796.
4. What tax did the British Parliament impose on the American colonies in 1765?

The Stamp Act (1765) sought to impose a tax on all kinds of documents. It was met with such outrage that it was quickly repealed.
5. What child prodigy performed for King George III in 1764 at the age of 8?

Mozart composed more than 600 works in his lifetime. It was a lifetime that spanned only 35 years.
6. Who is known as "The Father of the Modern Circus"?

The early circus included acrobats, tightrope walkers, clowns and equestrian events. The first performance occurred in London in April 1768.
7. Finishing its construction in 1768, where is the "Petit Trianon"?


Answer: On the grounds of the Palace at Versailles

The paper began by just running classified ads. In 1967, the "Adresseavisen" became the first Norwegian newspaper to use computer technology.
9. What multi-authored publication was first published in the late 1760s in Edinburgh, Scotland?

It has had over 4,000 contributors. Until 2011, when it went on-line, the "Britannica" was the oldest in print encyclopedia in the English language.
10. What machine did Nicholas-Joseph Cugnot, a French inventor, invent in 1769? He named it the "Fardier a' vapeur".

Cugnot was a trained engineer and French army captain. He initially experimented with steam engines to transport cannons on the battlefield.
Source: Author ncterp


Other Destinations
Explore Other Quizzes by ncterp