Tudor clothing is notorious for its bulkiness and ridiculous appearance. Several layers were required to create a perfect Tudor outfit. Do you know how to dress like a Tudor?

Quiz Answer Key and Fun Facts
1. Hoods were worn most of the time by noble women during the early half of the sixteenth century. Anne Boleyn made what type of hood famous?

Until the mid 1520s, gable hoods were in style. Gable hoods were pentagon-shaped, with a long veil down the back. Anne Boleyn brought the French hood back from France with her and it quickly took hold at the English court. This hood was rounder, and sat farther back on the head to reveal more hair. Wealthy women could afford to adorn it with jewels or gold embroidery. Of the wives of Henry VIII, Katherine of Aragon and Jane Seymour preferred the gable hood, while Anne Boleyn and Katherine Howard preferred the French hood.
2. The bodice went around what area of the body?

The bodice was worn by women, and was similar to a corset, though it was worn over the clothes. It had no sleeves, and was tied tightly. It made the top half of the body look smaller, in contrast to the voluminous skirt beneath.
3. What was 'hose'?


Answer: Tight pants that were fitted to the legs

Hose is known today as "tights," but they were made specifically for men. They were meant to show off the legs, as the legs were considered the most attractive feature in men. Women, on the other hand, were not allowed to show any of the lower half of their body.
4. The farthingale served what function?


Answer: To lift the skirts into a bell shape

It was fashionable at this time to have a large skirt. This was often done with several layers of petticoats, but sometimes the farthingale was used as a way to make the skirt appear larger. It was a large frame, usually made of whalebone or someother hard material, in the shape of a bell or cone. It was placed around a woman's waist to give the skirts shape.
5. A doublet was a type of woman's shoe.

A doublet was not worn by women at all. It was in fact a type of men's shirt. It was sleeveless, and was worn over a long-sleeved shirt, usually of a different color (white was the most popular). It usually buttoned down in the front.
6. When did women usually wear a shift?

A shift, also known as a chemise, was worn almost all of the time by women. It was essentially the underwear, bathing suit, and nightgown of all Tudor women. The shift was a long, loose, long-sleeved dress made of very light and thin material. It added one more layer to the already bulky costume of Tudor noblewomen.
7. Ruffs were made popular by what Tudor monarch?

As the Tudor Era progressed, necklines and collars began to rise, and before the end of Elizabeth's reign the collar had became an entirely different piece of clothing. Ruffs were rings of material with a hole in the center for the head. They were starched to make them stiff. The bigger the ruff, the more noble the person wearing it. Elizabeth I was known for her gigantic ornate ruffs.
8. Most men wore a hat of some kind every day. This type of hat was very common at the Tudor court, and was a personal favorite of Henry VIII.

Most of Henry's portraits show him wearing this type of hat. It was generally edged with an ostrich plume, and the more wealthy Englishmen could afford to embroider it with jewels. However, not only noblemen wore this type of hat. It was worn by members of the lower classes as well.
9. Jewelry, such as earrings, rings, and necklaces, were extremely popular at the Tudor court.

Jewelry was a staple for all highborn men and women. The more rings own owned, the better. Men also wore rings and had gold chains of state if they held an important position. For women, pearl drop earrings were very common at this time. Also popular were pearl necklaces, chockers decorated with a jewel, and chains hung with initials. Anne Boleyn was famous for her pearl "B" necklace.

The rise of Protestantism took some of the emphasis off of decoration, but jewelry never went completely out of style, and even the Protestant Elizabeth I was always seen covered in gems.
10. The term "pants" was not used in the sixteenth century. Instead, they were called this.

Because of the rise in popularity of hose, breeches were very short. Sometimes they were even known as knee breeches, because they stopped at the knee to show off the rest of the leg. Breeches could be large, almost balloon like, if you were noble, creating an odd contrast between the tight hose.
Source: Author princess_1990 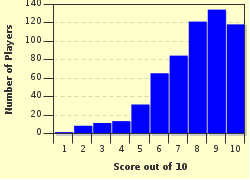