It's a shame that there aren't many diners around anymore, at least not where I live. They were so rich in atmosphere, including their own colourful lingo that was yelled back and forth between waitress and cook. Can you figure out what it all meant?

Quiz Answer Key and Fun Facts
1. What did the expression 'axle grease' stand for?

Of course if you were asking for the butter to be on toast instead of plain bread, the waitress might have ordered 'well-done dough with covering cow', or 'cow to cover' instead.
2. If you ordered a 'pig between the sheets' would you be ordering a hot dog?

You would be ordering a cold ham sandwich, with or without axle grease depending on your taste! If you wanted that sandwich warmed up, the waitress would tell the cook to 'warm the pig'. If you ordered a hot dog you might hear your waitress yell 'burn the pup'.
3. What would someone have received if the waitress asked for a 'mug of murk' and a 'bowl of seed'?


Answer: a cup of coffee and bowl of cereal

Of course you might have preferred to have your bird seed with 'boiled leaves', in which case you'd be drinking tea instead of coffee.
4. How would you like your steak if you ordered it 'on the hoof'?

You might have followed up your steak with a dessert of 'fish eyes', or tapioca pudding.
5. What could you expect if you heard your waitress ask for a 'cowboy'?

An order of spareribs might have been referred to as a 'first lady', liver and onions might have been 'put the lights out and cry', and a grilled cheese sandwich with American cheese would have been a 'GAC'.
6. What wouldn't you be getting on your burger if your waitress yelled 'keep off the grass'?

If she yelled 'all the way' your burger would have come with everything, and 'high and dry' meant that it would have come plain.
7. When a waitress asked for 'a team', did that mean she was ordering two of the same item?

If she ordered 'a crowd' the cook would have produced three of the same item.
8. What were you in the mood for if you ordered 'a splash with dog biscuits'?

Chili, often a favourite on the menu of diners was 'a bowl of red'.
9. What would the cook do if he got the order to put 'one on'?


Answer: throw a burger on the grill

If two burgers were being ordered, the cook would have been told 21 (two orders of one), and 31 would have resulted in three burgers being thrown on the grill.
10. What would you have received if you'd ordered a 'belch water'?

A call for a 'baby' would have gotten you a glass of milk, and a request for 'a cold spot' would have brought a glass of iced tea. If you ordered a strawberry milkshake, you might have heard the call to 'shake one in the hay'.
Source: Author skunkee 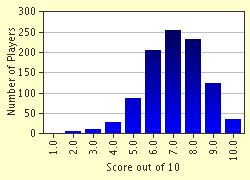