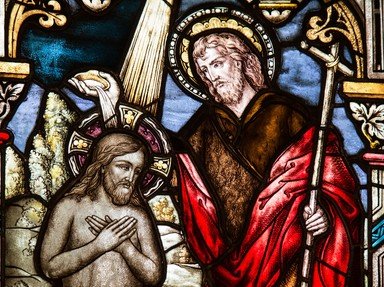 Whose Lyrics Are They? Trivia Quiz

I'll give you three sets of lyrics sung by the same character - all you have to do is decide which. They aren't the most obvious quotes but shouldn't be too hard for true lovers of the show.

Quiz Answer Key and Fun Facts
1. Whose lyrics are these? 1) "I am frightened by the crowd, for they are getting much too loud, and they'll crush us if they go too far" 2) "Now why'd you choose such a backward time and such a strange land?" 3) "Every time I look at you I don't understand why you let the things you did get so out of hand"

In all of these songs Judas is addressing Jesus, attempting to understand.
While he still loves Jesus, he thinks of him as just a man and believes the movement is getting too big. That it will be seen as a threat and not only will Jesus receive the consequences but so will all of his followers. Judas doesn't understand Jesus' master plan - he just wants to end poverty and aid the poor.

"Superstar" is actually sung as Jesus is crucified - he is met by the spirit of Judas. Judas questions why Jesus chose to arrive in the manner that he did and if what happened to him was really part of a divine plan.
2. Which character sang these lines? 1) "The difference is they call him King, the difference frightens me!" 2) "Think of the things you can do with that money, choose any charity, give to the poor" 3) "What you have done will be the saving of Israel. You'll be remembered forever for this"

1) From "Then We Are Decided".
Caiaphas, Annas and the other high priests meet to discuss Jesus. He now has thousands of followers and can't be ignored any longer. Because his followers consist of Jews who are unwilling to accept the Romans as their king, the priests believe that he is becoming a threat to the Roman Empire, and if the Roman Empire is threatened then many Jews will suffer, not just his followers.

2) From "Damned For all Time/Blood Money".
Judas meets with Caiaphas to arrange to turn Jesus over. He is offered money which he originally turns down but Caiaphas here is tempting him with the idea of all the good he can do with it.

3) From "Judas' Death".
At this point, Judas has seen Jesus beaten and battered by the authorities. Now, feeling extreme guilt, he meets again with the high priests and expresses regret over what he has done. I always like the irony of this line - Caiaphas sings it to assure him that he will be remembered as a hero which is not, of course, what he is remembered as.
3. Who sang these lyrics? 1) "Don't you mind about the future, don't you try to think ahead. Save tomorrow for tomorrow, think about today instead" 2) "Surely you're not saying we have the resources to save the poor from their lot? There will be poor always, pathetically struggling" 3) "If ev'ry tongue was still the noise would still continue the rocks and stones themselves would start to sing"

1) From "What's The Buzz?".
To His disciples as they question him about when they will be arriving in Jerusalem. He tells them to stop worrying about the future since whatever will happen is already predetermined by fate

2) From "Everything's Alright".
Mary Magdalene attempts to relax Jesus with more ointment. Judas angrily insists that the money used to obtain the ointment should have been used to help the poor. This is Jesus' response.

3) From "Hosanna".
As Jesus and his followers arrive in Jerusalem they are confronted by Caiaphas who demands that Jesus disband them. This is one of the responses he gives.
4. All these lines belong to...? 1) "Then I saw thousands of millions crying for this man" 2) "We all know that you are news but are you king? King of the Jews?" 3) "This man is harmless so why does he upset you? He's just misguided"

1) From "Pilate's Dream".
Pontius Pilate, the governor of Judea, sings that he has dreamed of meeting with Jesus and seen the aftermath. The line above concludes with "And then I heard them mentioning my name and leaving me the blame".

2) From "Pilate And Christ".
This is the original questioning after the arrest but since Jesus is from Galilee he is not under Pilate's jurisdiction so he sends him to King Herod.

2) From "Peters Denial".
This is said to Peter after he denies Jesus for the third time, as prophesied.

3) From "Could We Start Again Please?".
A beautiful song with Mary and the apostles, after the arrest, when they become scared about what is happening to Jesus and want to return the earlier, headier days.
6. These lyrics are sung by which character? 1) "Listen to that howling mob of blockheads in the street, a trick or two with lepers and the whole town's on its feet." 2) "Thank you for the victim - Stay a while and you'll see him bleed!" 3) "The mob has turned against him - You've backed the right horse"

1) From "This Jesus Must Die".
As all of the priests attempt to solve the problem of Jesus and his followers, Annas is listening to all the followers outside.

2) From "The Arrest".
Spoken to Judas after he has kissed Jesus to identify him.

3) From "Judas' Death".
Spoken to Judas when he comes to the high priests filled with remorse.
7. Whose lines are these? 1) "I acted for our good I'd save him all the suffering if I could" 2) "When he's cold and dead will he let me be? Does he love me too?" 3) "I really didn't come here of my own accord"

1) and 2) From "Judas' Death".
Judas is full of regret and remorse but also feels betrayed by God for choosing him to be the one to betray Jesus. He blames God for murdering him and hangs himself.

3) From "Damned For All Time".
To the high priests - while promising to help them but emphasizing that he is acting with unselfish motives.
8. Who sings the following three lines? 1) "I had to do it don't you see? Or else they'd go for me" 2) "I think you've made your point now, you've even gone a bit too far to get the message home" 3) "But something in me stands aside, and lets you slip away. Perhaps that's what you wanted, perhaps I want that too."

1) From "Peter's Denial".
Said to Mary in response to her chastising him for denying Jesus.

2) and 3) Both are from "Could We Start Again Please".
9. Which man in authority mocked Jesus with these lines? 1) "Jesus, I am overjoyed to meet you face to face" 2) "You're a joke, you're not the Lord you are nothing but a fraud" 3) "You are all we talk about you're the wonder of the year"

All are from "King Herod's Song".

King Herod has heard all the hype about Jesus and is excited to finally meet him but he becomes frustrated when Jesus refuses to show him any miracles. He decides he is just another phoney messiah and won't even waste his time prosecuting him. He then sends him back to Pilate.
10. Whose lyrics are they? 1) "Hurry you fool, hurry and go, save me your speeches - I don't want to know" 2) "You're far too keen on where and how but not so hot on why" 3) "Everything is fixed and you can't change it"

1) From "The Last Supper".
After Jesus sings that "one of you betrays me" Judas attempts to explain why he will do it, but Jesus refuses to listen. This is one of the many parts in the musical that depicts Jesus as a rather arrogant, uncaring figure.

2) From "Gesthemane".
One of the most famous songs from the musical - an anguished song sung from Jesus to God where, for the first time, he questions God's plans for him and asks why he must die. But in the end he agrees to follow Gods plan whether he understands it or not.

3) From "Trial Before Pilate".
Jesus is brought back to Pilate for his trial. Hoping that he can somehow free him, Pilate pleads with Jesus to defend himself but Jesus refrains from any defense. This is where he makes the above statement. He knows things are supposed to happen as they are - He is supposed to die.
Source: Author Midget40 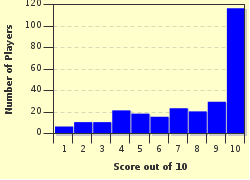 These are my ALW quizzes that contain combined questions of all of his musicals about either the lyrics or songs that are sung (with the exception of the 'Alphabetical ALW Musicals' which have their own list). Quiz 7 is all about JCS


Other Destinations
Explore Other Quizzes by Midget40