A quiz on novels by mystery writer Michael Connelly, creator of LAPD detective Harry Bosch and other interesting characters..

Quiz Answer Key and Fun Facts
1. A dead Hollywood producer looks like a Mafia hit. Harry gets together with old flame Eleanor Wish.

'Trunk Music' is another name for a Mafioso's favorite form of body disposal.
2. Terry McCaleb, ex-FBI agent and heart transplant recipient, tracks down the killer who murdered his heart donor.

This novel was made into a movie (very different from the book) starring Clint Eastwood.
3. A prominent black civil rights lawyer is killed on a small passenger train - and it looks like the work of the LAPD.

The lawyer, Howard Elias, had brought many cases against the LAPD. 'Angels Flight' is the name of the train.
4. A serial killer seems to be stalking both children and the detectives investigating the murders of the children.

The killer was called 'The Poet' because of Edgar Allen Poe quotes left at the crime scenes.
5. Harry investigates the 30-year-old murder of his prostitute mother.

Harry strikes up a relationship with a wild coyote in the canyon below his house. He thinks that they are a lot alike.
6. Cassie Black performs a daring theft in Las Vegas then suffers the consequences - a singleminded killer stalking her to reclaim the cash.

The 'void moon' is an astrological portent of disaster.
7. Harry Bosch stalks a killer whose work resembles that of the Dollmaker - a criminal supposedly killed by Bosch three years previously.

This is another novel featuring a serial killer - a frequent theme in Connelly's work.
8. Harry confronts a cop killer who is involved in the drug trade in Mexicali and Los Angeles.

'Black ice' is the drug that is being manufactured.
9. A Vietnam war buddy of Harry's is murdered, and Harry sets out to find the killer.

This was Michael Connelly's first book.
10. Scheduled to be released in January, 2001, this book brings together Harry Bosch and Terry McCaleb to solve a case.


Answer: A Darkness More than Night

McCaleb suspects Bosch of being the villain.
Source: Author crisw 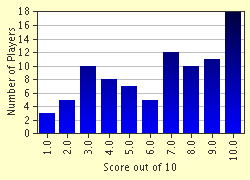