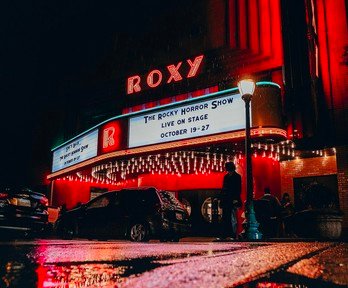 Quiz Answer Key and Fun Facts
1. In the beginning of the movie, Janet and Brad go for help after they have a tire blowout. They walk a few miles to a castle, where they sing a song. According to the lyrics of this song, where is there NOT a light?

After this song, entitled "There's a Light Over at the Frankenstein Place", Brad and Janet are first introduced to Riff Raff and invited into the ominous home.
2. Fill in the missing lyric. "I'm just a sweet ____________ from Transexual, Transylvania."

He plays Riff Raff, a servant of Frank.
4. What is the name of the red-haired, tapdancing girl, who's part of Dr. Frank's crew?

Columbia sings about her romance with Eddie and also reveals that she used to be in love with Frank.
5. What happened to Eddie?


Answer: He was killed by Frank.

Eddie is killed after interrupting Frank's fun and angering him. We are led to believe that he is also served for dinner. Frank responds to Dr. Scott's remark about Eddie, with "Yes, what a tender subject. Another slice anyone?", followed by a revealing of the remainder of Eddie's body in a clear case under the tablecloth.
6. Fill in the missing lyrics. "Hot Patootie, bless my soul, I really love that ___________."

The song "Hot Patootie" is sung by Eddie, after he escapes from the freezer. It is the first time we are introduced to him and also when he dies.
7. Who is Magenta?


Answer: One of Frank's servants.

Riff Raff and Magenta are siblings who work for Frank and have a romantic relationship.
8. Who does Rocky sleep with besides Dr. Frank-N-Furter?

After Janet cheats with Frank, she finds out that Brad has done the same and becomes upset. She stumbles upon Rocky, who is bruised and crying and they have an affair.
9. Fill in the missing lyric. "Don't _____ it, be it."

At the end of the movie, Riff Raff and Magenta break in and interrupt the floor show. After Frank sings and tries to explain his actions, Riff Raff kills him. Seeing this, Rocky goes over to Frank and tries to carry him up the radio tower prop and is also shot by Riff Raff.
Source: Author pandabear23 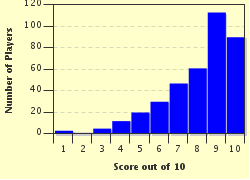 
Other Destinations
Explore Other Quizzes by pandabear23