Just how much do you know about Pink Floyd's classic "Comfortably Numb"? Pit yourself against 10 questions about the song and/or associated facts. Song #11 in the 'Anatomy' series.

Quiz Answer Key and Fun Facts
1. Please complete the missing word: "Hello? Is there anybody in there? Just ______ if you can hear me"

The song opens with:

"Hello?
Is there anybody in there?
Just nod if you can hear me"

According to www.songfacts.com: "Roger Waters wrote the lyrics. While many people thought the song is about drugs, Waters claims it is not. The lyrics are about what he felt like as a child when he was sick with a fever. As an adult, he got that feeling again sometimes, entering a state of delirium, where he felt detached from reality".
2. The song continues: "Come on, now I hear you're feeling down Well I can ease your pain" What friendly line follows?


Answer: Get you on your feet again

"Come on, now
I hear you're feeling down
Well I can ease your pain
Get you on your feet again"
3. "Relax I'll need some information first Just the ______ facts Can you show me where it hurts?" What word is missing from this lyric?

"Relax
I'll need some information first
Just the basic facts
Can you show me where it hurts?"

If it's anything like my Doctor, it hurts more when you get the bill!
4. What is it that is "On the horizon"?

"There is no pain you are receding
A distant ship, smoke on the horizon"

According to www.songfacts.com: "Dave Gilmour wrote the music while he was working on a solo album in 1978. He brought it to "The Wall" sessions and Waters wrote lyrics for it".
5. "When I was a child I ______"


Answer: Had a fever

"When I was a child I had a fever"

Of the four choices presented, this one seemed like the most desirable...
6. How many "balloons" are mentioned in the song?

According to www.songfacts.com: "In a radio interview around 1980 with Jim Ladd from KLOS in Los Angeles, Roger Waters said part of the song is about the time he got hepatitis but didn't know it. Pink Floyd had to do a show that night in Philadelphia, and the doctor Roger saw gave him a sedative to help the pain, thinking it was a stomach disorder. At the show, Roger's hands were numb "like two toy balloons". He was unable to focus, but also realized the fans didn't care because they were so busy screaming, hence "comfortably" numb. He said most of "The Wall" is about alienation between the audience and band".
7. "O.K. Just a little _______ " What is missing from this lyric?

"O.K.
Just a little pinprick
There'll be no more (aaaaaaaaah!)
But you may feel a little sick"

According to www.songfacts.com: "In the movie "The Wall", this plays in a scene where the main character, a rock star named "Pink" loses his mind and enters a catatonic state before a show. It was similar to what Syd Barrett, an original member of the band, went through in 1968 when he became mentally ill and was kicked out of the band".
8. Of the following body parts, which is mentioned last during the song?

The last lines of the song are:

"When I was a child
I caught a fleeting glimpse
Out of the corner of my eye
I turned to look but it was gone
I cannot put my finger on it now
The child is grown
The dream is gone
I have become comfortably numb"
9. Towards the end of the song, it is explained that "The dream is gone". Why has the dream gone?


Answer: Because the child is grown

According to www.songfacts.com: "This was the last song Waters and Gilmour wrote together. They have not spoken to each other since Gilmour kept the band going in 1986. Waters left the band and felt there should be no Pink Floyd without him".
10. On which Pink Floyd album did "Comfortably Numb" first appear?

A double album, "The Wall" was released in 1979. It featured such memorable tracks as "Another Brick In The Wall", "Mother", "Comfortably Numb" and "Run Like Hell".
Source: Author FussBudget 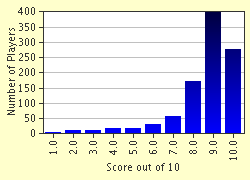 Related Quizzes
This quiz is part of series Anatomy of a Song - Part 5:

This is part 5 of a collection of all of my "Anatomy of a Song" quizzes. They were the originals, much imitated since. I guess I should take that as a compliment!