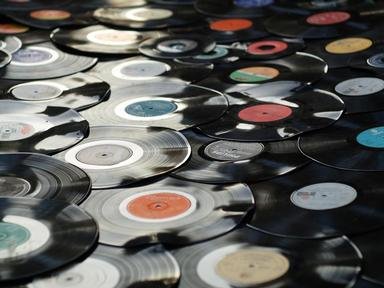 Hum? Don't Do That Trivia Quiz

There's not enough time in this life to listen to bad music. Don't you hate it when you hear a bad song and it sticks in your head all day? Here are ten of the most annoying songs of all time that will have you humming along. Hum? Don't do that.

Quiz Answer Key and Fun Facts
1. Plant your tongue firmly in your cheek and exorcise ten really horrible songs you can't stand but have been humming for decades. Let's count them down. In my opinion, the tenth most annoying song of all time was "Mambo No. 5". Not the original but the 1999 remake. Who sang this ditty?

The original "Mambo No. 5" was recorded by Cuban Perez Prado in 1949 as an instrumental. This song was a GOOD song. Mr Bega, a German, by being clever, sampled only the riffs, which in Germany are not copyrightable. Nevertheless a huge court battle ensued with the outcome that Mr Bega's version would be classified as a new song with Lou Bega and Mr Prado both listed as songwriters.
This new song went to number one in nearly every country that published its recording sales save for the US where it only made number three (Oh the irony - it surpassed position "No. 5"). In Australia it was the biggest selling song of 1999 - one of only a few reasons for leaving that country at the time. The only possible redeeming feature was this version was better than the 2001 version sung by the animated Bob The Builder; incredibly, this version went to number one a mere two years after Mr Bega hit number one on the Singles Chart in Bob's home country, the UK. Thankfully this version did not make it to number one in Australia.

(Even now I am humming the darn melody in my head as I write this).

The other answer options to this questions all had very annoying number one hits that thankfully will not be mentioned further as I did not have the fortitude to write 15 questions on bad music).
2. Coming in at number nine on my all time list of bad songs is "The Final Countdown" which went to number one in a few countries. Which Swedish Glam-Metal group sang this synth-driven song?

The Eighties have a lot to answer for. Synthesizers were bigger than hair in the 80s and that's saying something. The Glam Rock of the 70s morphed into Glam-Metal, a genre that fused two perfectly sound (pun intended) genres into a non-workable new format.

"The Final Countdown" was far, far away from being a good song but those synth hooks ensured chart success. Then just when it was safe to go back to the airwaves, the song featured in an insurance commercial where a man patiently waited for his lunch to finish heating in a microwave (which must be one step more exciting than watching paint dry). The song was synced to the microwave counting down the seconds.
3. "I'm blue, da ba dee da ba da, Da ba dee da ba daa," Repeat x32. So went the deep and meaningful lyrics of this earworm of a 1998 mega-hit. Despite the group having a French name, they were actually Italian band, which was?

The name of the group was chosen by a computer(!) (Were the three group members not capable of choosing a name?) but the "65" was added by mistake (!!). The song was written around the opening riff. In an interview with Mike Ross from "Jam!" in 2000, lead singer Jeffrey Jey stated "The colour blue as the main topic of the song was picked at random" (!!! - Author's emphasis).

Despite this, it went to number one everywhere in the world except in the US where sanity prevailed and it reached number six on the US Billboard Hot 100.

The group had another hit "Move Your Body" off the same album. The group recorded two more albums which did not chart before they disappeared into obscurity.
4. Crazy Frog was a Swedish CGI-animated character created in 2003 that amazingly went to number one with a remix of an instrumental from an Eddie Murphy 80s comedy that was a hit at the time of the movie release. What was the name of the song?

The genesis of this version of the song started in 1997 when 17 year old Swede Daniel Malmedahl recorded his impersonation of a two stroke engine. In 2003 Erik Wernquist came across the sound effect and wrote animation to accompany it in the form of a green animal form initially called the Annoying Thing.

The two got together and the results posted on the net went viral. A ring-tone company Jambal recognised the potential and licensed the right to the animation and renamed it Crazy Frog, which according to its creators was wrong on both counts. "Axel F" was an instrumental Harold Faltermeyer song from the soundtrack of "Beverley Hills Cop II" (1987) which was reworked into Crazy Frog animation.

Incredibly Crazy Frog sent the song back to worldwide number one [except the US where it reached number 50 on the Billboard Hot 100]. Just when you got that earworm of a riff out of your head Crazy Frog put it back there again without a musician in sight.
5. "Gangnam Style" by Psy was undoubtedly the biggest pop song that came out of Korea in 2012. Its success was in no small way due to its presence on YouTube. What record did the clip break on the video-streaming channel?

This song is catchy, very catchy and you can never seem to get it out of your head. British Prime Ministers and American presidents have tried to match the associated dance moves and failed miserably. Flash Mobs in their 1000s were common all trying to do the associated dance.

Hanson were three Oklahoma brothers who first performed in their teens in the early nineties as the Hanson Brothers. Initially all three brothers played keyboards but Isaac started playing guitar and Zac started playing drums. They became Hanson in 1993 and were signed up in 1996 by Mercury Records where they recorded the smash but dubious "MMMBop" and their equally big album "Middle of Nowhere".

They had a recording career that spanned 20 plus years but nothing so big as the teeny-bopper days of the late 80s.
7. In 2002, "The Ketchup Song (Asereje)" was a number one for Las Ketchup. The song was written in their native language but they sang most of it in English for the English version and reverted to their native language for the chorus. What was the original recording language?

Incredibly, this song sold seven million copies in 2002. The song was sung by the vocal group in three languages, Spanish, Portuguese and English though the chorus was sung in Spanish, always. The song, a dance song, came with signature dance moves which my teenage daughters taught me and unfortunately I have remembered. (At weddings where I rarely dance, somehow this track always seems to get played and well, I have no excuse, I am so ashamed I can still do the dance moves). Conspiracy theories abound about the meaning of the lyrics but people only pretended to sing along.

They had to concentrate on getting those dance moves right. "Drowned In Sound" magazine's Andy Thomas stated "'The Ketchup Song' is better than 'The Macarena'". He went onto say that the song is 'not smart, it's not clever, and it's not going to get a single positive review outside of the teeny bop press." An accurate statement in my humble opinion.
8. Here's another classic understated pop song from 2000: The chorus goes "Who let the dogs out? Woof, woof, woof, woof, woof." With its calypso rhythm, who recorded this mega-hit?

The song, the original version, was called "Doggie" and was written by Anslem Douglas, a Trinidad musician. He wrote the song two years before The Baha Men were assembled to record it. There are various versions in the Caribbean, but The Baha Men hosed down the calypso rhythm to make it more appealing to a US audience. There are some charming lyrics about drunken men who hit on women at a party. (My kids do not know this song or were smart enough not to acknowledge it. It was banned at our place).

The song topped the charts in Australia and New Zealand, peaked at number two on the UK Singles Chart, and just reached the Top 40 in the United States.
9. The "Macarena" was first recorded by Los del Río in 1993 and became a world-wide hit. Over quarter of a century later it is still played at weddings where everybody still knows the song but forgot the dance moves. Where were Los Del Rio from?

The background to the song was that Los Del Rio were playing at a private party in Venezuela when a flamenco dancer showed her skills. Antonio Romero Monge, one half of the Los del Río, spontaneously accompanied her with the unrecorded chorus of the song to be. "Macarena" is a Spanish dance song about a woman who cheats on her soldier boyfriend.

It was ranked the "#1 Greatest One-Hit Wonder of All Time" by VH1 in 2002, and was ranked as the number seven on Billboard's All Time Top 100. It was also Billboard's number one dance song. There are at least versions of Los Del Rio versions. The Bayside Boys' Remix released in 1996 with English lyrics stayed at number one on the Billboard Hot 100 for 14 weeks. Nothing wrong with the song - You just couldn't get it out of your head.
10. "Barbie Girl" won the 1998 "New Music Express" Award for Worst Single yet this catchy ditty topped the chart in many countries. Who sang this earworm?

The number one annoying song of all time in many people's ears including mine was nevertheless a huge hit. This was the debut song for Danish group Aqua and while they had other hits in Europe at least, this song went to number one just about everywhere except the US where it peaked at number seven. Eight million copies were sold. Barbie's owners, Mattel, sued MCA Records but the case was dismissed.

This fuelled another surge in sales. On the back of the subsequent album, "Aquarium" (1998), it stated quite correctly, "The song 'Barbie Girl' is a social comment and was not created or approved by the makers of the doll. As a parent I found the film clip creepy but my pre-teen daughters took it on face value and loved it so I let it slide.

It has taken me 20 years but I have managed to expunge every version of it on CD, hard drive and even a thumb drive out of my house. No more bad music at this place anymore.
Source: Author 1nn1

Past commissions are always a great source for new and fiendish quiz ideas, so here's the latest Sprint twist on those: Based on the player's birthday, they are sent to one specific commission quiz... then they get to modify one word in the title and use that as the basis for a new quiz. Which, usually, has nothing to do with the original, but that's intentional.