Quiz Answer Key and Fun Facts
1. Is there a full-length song called 'MMHMM' on the album?

"MMHMM" has no song of that title. In total, there are 14 tracks.
2. What song doesn't include the title in the lyrics?


Answer: Which to Bury; Us or the Hatchet

"Life After Death and Taxes" may be the most difficult of lyrics to spot out of these songs. "This Week the Trend" is the first phrase in that song, and "Maintain Consciousness" is emphasized at the end of the chorus.
3. The following lyric is from which song: "Here at 23 it's the same old me"?


Answer: When I Go Down

The song is six minutes and forty-two seconds long.
5. Complete this lyric: "...and that one thing of the _____ that we all happen to like"?

This lyric is from the song "Maintain Consciousness."
6. Which song is from a different album?


Answer: Getting Into You


Answer: my best defense is

This lyric is from "I So Hate Consequences."
8. What song is this lyric from? "It's like jumping off a cliff knowing that you'll save me..."?


Answer: Life After Death and Taxes

Relient K is known for using clever similes and metaphors in their song-writing.
9. Who wrote every song on this album?

Matt Thiessen is also the lead singer of the band.
10. What kind of car was this band named after? 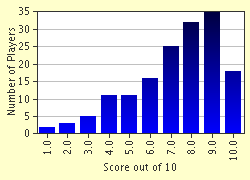 
Other Destinations
Explore Other Quizzes by closetpoet17