This is a quiz over Relient K's fourth full length album, "Mmhmm". It is mostly over the album, but I'll throw in a couple of questions over the band just for fun.

Share on Facebook
Share on Twitter
Share by E-Mail
Author
lyssab
Time
4 mins
Type
Multiple Choice
Quiz #
195,707
Updated
Dec 03 21
# Qns
10
Difficulty
Average
Avg Score
8 / 10
Plays
752
This quiz has 2 formats: you can play it as a or as shown below.
Scroll down to the bottom for the answer key.

Quiz Answer Key and Fun Facts
1. "Cause I know that I let you down, and I don't want to deal with that." From which of the songs below did these lyrics come?


Answer: I So Hate Consequences

The song is number four on the CD and is one of my favorites from the album. It talks about how they know they have done things wrong, and they know they are sorry but do not want to deal with the consequences of their actions.
2. "I've been housing all this doubt, and insecurity and I've been locked inside that house, all the while you hold the key." Which song do these lyrics belong to?


Answer: Be My Escape

This song talks about how they want to escape from things like the doubt like I mentioned above. It speaks of how they know God is who can help them and they tried to keep him out for their own good, even though God was trying to help them.
3. "I tried to move you, but you just wouldn't budge, I tried to hold your hand but you'd rather hold your grudge." Which of these songs do these lyrics belong to?


Answer: Which to Bury, Us or the Hatchet?

This is basically a song about a breakup. They talk about crying when it's over and blaming each other. I found it funny that this song came 2 tracks after another song talking about a great relationship and how well it's going.
4. "You said I know that this will hurt, but if I don't break your heart things will just get worse." Which of these songs do these lyrics come from?


Answer: Let It All Out

This song is one of the slower ones tempo-wise but another of my personal favorites (I don't really think there is one that isn't my favorite though). It talks about how inconsistent everyone can be and how sometimes were afraid of the things we need most.
5. "Cause lately it just seems to me like we're got the letters A.D.D. branded into our mentality, we simply can't focus on anything." From which song do these lyrics come?

"Maintain Consciousness" is probably the silliest song on this much more serious album. It's purpose seems to be to tell people how it seems like everyone is getting shorter and shorter attention spans and we're not paying enough attention. Just so no one gets confused, the song "Gibberish" is not on this album, but on the previous one, titled "Two Lefts Don't Make a Right...But Three Do".
6. "Lately the weather has been so bipolar, and consequently so have I." Which of the following songs do these lyrics come from?

All of these songs are off of the correct album, in case you were wondering. "High of 75" is a song that basically thanks God for helping them out, even though they never mention His name.
7. Here's an easy one: "I'm a little more than useless, and I never knew I knew this was gonna be the day, gonna be the day that I would do something right, do something right for once."

Did you get it? "More than Useless" is a song that I interpret to be about finding their purpose in life. It is number 8 on the album and you probably didn't ever think you needed to know but it has seven tracks in front of it and seven behind it. Interesting huh?
8. "Give me a solution and watch me run with it, you gave me a solution, what have I done with it?" Which song are these lyrics off of?


Answer: This Week the Trend

"This Week the Trend" is a song about how everyone is following trends.(Never would have guessed that would you?)It basically talks about how we can follow the dumbest trends just to fit in, even if they really make no sense or have a reason to do them.
9. "Opinions are immunities to being told you're wrong, paper, rock, and scissors they all have their pros and cons."


Answer: The Only Thing Worse Than Beating A Dead Horse Is Betting On One

"The Only Thing Worse Than Beating A Dead Horse Is Betting On One" is quite a lengthy title but probably the shortest song on the album. It really seems to makes about as much sense and is as oddly amusing as Gibberish" from their last album, but the lyrics are mainly speaking about problems, and even though they don't quite fit the title, are quite good.
10. Which of the Relient K band members owned the car that the band was named after?

According to their website, Matthew Hoopes had at one point a rather old car called the "Reliant K" which other band members made fun of him for. When they needed a band name, they apparently thought of the car, and after changing the spelling to "Relient K", they named their band.
Source: Author lyssab

This quiz was reviewed by FunTrivia editor ralzzz before going online.
Any errors found in FunTrivia content are routinely corrected through our feedback system.
Most Recent Scores
Jan 31 2023 : Guest 98: 10/10
Jan 14 2023 : Guest 98: 9/10 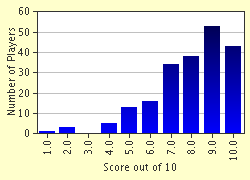 
Other Destinations
Explore Other Quizzes by lyssab