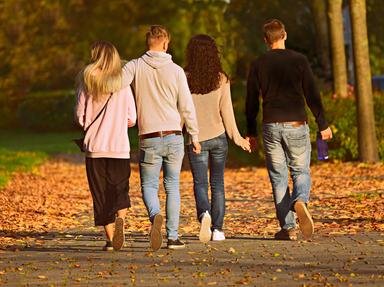 Are They Related? Trivia Quiz

Many famous people are related. Here are some fun questions about famous relatives.

Share on Facebook
Share on Twitter
Share by E-Mail
Author
jmoskow
Time
6 mins
Type
Multiple Choice
Quiz #
213,708
Updated
Dec 03 21
# Qns
10
Difficulty
Difficult
Avg Score
5 / 10
Plays
1614
This quiz has 2 formats: you can play it as a or as shown below.
Scroll down to the bottom for the answer key.

Adlai Stevenson was vice-president of the United Staes from 1893-1897. His grandson Adlai Stevenson II was the Democratic nominee for president in 1952 and 1956.
2. Desi Arnaz, Jr. played the role of Little Ricky on the "I Love Lucy" television show.

As a baby, Little Ricky was played by twins Richard and Ronald Simmons in 1953 and then twins Michael and Joseph Mayer in 1954-1956. As a drum playing youngster he was played by Keith Thibodeaux in 1956.
3. Who was the famous first cousin of singer Jerry Lee Lewis?

Byron White was appointed to the Supreme Court of the United States in 1962 by President John Kennedy. He was a star running back for the University of Colorado. He also played in the NFL.

Former Dallas Cowboy quarterback Danny White was the son of Wilford "Whizzer" White. He was a star running back for Arizona State and also played in the NFL. Both elder White's were nicknamed Whizzer but Wilford was the father of Danny White.
5. Who was the famous parent of actor James MacArthur (Danno on "Hawaii 50")?

James MacArthur was adopted as an infant by playwright Charles MacArthur and his wife Helen Hayes in 1937.
6. Which monarch was not a first cousin to Kaiser Wilhelm II of Germany?

The Kaiser led Germany during World War II. He, King George V, Tsar Nicholas II and King Constantine I were all grandchildren of Queen Victoria. The Kaiser's mother was a daughter of Queen Victoria. Tsar Nicholas was a grandchild by marriage to Victoria's grandaughter Alexandra. King Constantine was also a grandchild by marriage to grandaughter Sophie.
7. Baseball player Randy Johnson is the grand-nephew of former U.S. President Lyndon Baines Johnson.

Lynson Johnson was the 36th president of the United States from 1963-1969. He was born in Texas in 1908. Randy Johnson was a star major league baseball pitcher. When he broke into the majors in 1988 he was the tallest player in the history of the Major Leagues at 6' 10". The two Johnsons were not related.
8. Who was the celebrity mom of actor Larry Hagman?

Mary Martin was a famous Broadway and movie actress. Her most famous role was of the young boy Peter Pan. She was married to Benjamin Hagman and had a son, Larry, before her 18th birthday.
9. Actress Shirley Maclaine and actor Warren Beatty are famous siblings. What was their real last name at birth?


Other Destinations
Explore Other Quizzes by jmoskow