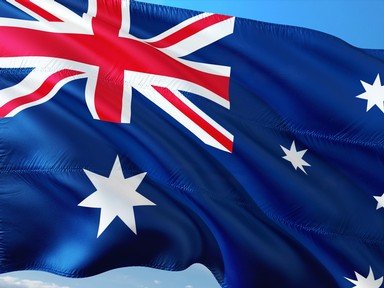 Necessity being the 'Mother of Invention' has led Australians to invent some wonderful (and some weird) things over the years. Here are more than just a few!

Quiz Answer Key and Fun Facts
1. For over 500 years, paper was only available and sold as single sheets. In 1902, an inventive Australian used half size sheets of paper, a bit of glue and cardboard to create the what?

Birchall's of Launceston in Tasmania started selling the world's first notepads, calling them 'Silvercity Writing Tablets' after J A Birchall thought it would be a good idea to back sheets of paper with cardboard and glue them together at the top. His British paper suppliers weren't so keen, but, they were persuaded by Birchall that it was a good idea!
2. Which of the following was first patented by an Australian in 1889?

The Electric Drill was the invention of Arthur James Arnot. On 20 August 1889 he patented his design while working for the Union Electric Company in Melbourne. His original design was meant primarily for drilling rock to find coal!
3. The first car radio was invented in Australia.

In 1924, the first car radio was fitted to an Australian car built by Kellys Motors in New South Wales.
4. In what year was the 'black box' invented in Australia?

Designed to survive a crash and document the last moments of a flight by voice and data recording, the 'black box' was invented in 1953, by David Warren, a researcher at the Aeronautical Research Laboratories in Melbourne.
5. What was 'The Stripper', invented in South Australia in 1843?

The world's first mechanical grain harvester was one of South Australia's first ever inventions. Designed to speed up reaping of grain, it reduced the number of labourers required to be employed. A severe labour shortage in 1842 had necessitated the then South Australian Governor Grey to apply to England for more migrants!
6. Has there been a fuel injection system invented in Australia that eliminates soot from diesel exhausts?

The Haltech system can be fitted to most existing engine designs. It could be retrofitted to engines already in use or used in dual fuel conversions or supplied to new production engines within two years. The system is revolutionary in many ways. It does not need a cam, and the rate of entry of fuel into each cylinder and the spray pattern within the cylinder are continually monitored by the engine management system.

The system is ideal for cars for both economic and environmental reasons
7. In 1934, a farmer's wife was responsible for the invention of what typically Australian mode of transport?

The farmer's wife wrote to Ford in Geelong, Victoria in 1932, asking for a vehicle that could take the family to church on Sunday and the pigs to market on Monday! The 22 year old Lewis Bandt, a car designer at Ford, adapted the design of a car and came up with a vehicle that had a strong open carrying space behind an enclosed front cab.
8. What does the 'Ocean Leveller' use to reduce the vertical motion of sea going vessels?

A recent invention, The 'Ocean Leveller', designed for sea going ferries, reduces vertical motion by more than 50 per cent using a computer system, motion sensors and hydraulic pumps. Invented and developed by AMECRC and Austal Ships.
9. What was named as one of the top five Australian inventions of the century by the Centenary of Federation organisation?

An environmentally friendly toilet system, developed in Townsville by Professor Paul Turner (amongst others) was trialled on Fraser Island and converted waste into fluid so low in contaminants that it is able to be safely discharged into the ocean, even onto the Great Barrier Reef!
10. In 1940, where did Howard Florey, along with a German biochemist, develop penicillin into a practical antibiotic drug?

At England's Oxford University, Adelaide born Howard Florey developed the drug which was initially reserved for military use only. Civilian use was allowed from 1943 on.
11. A cardboard box which holds a plastic collapsible container is commonly known as a what?

The wine cask was originally an American idea mooted in the 1950's. However, it was physically designed and invented by Thomas Angrove of the wine making company Angrove's Pty Ltd and was launched in Australia in 1965.
12. What was demonstrated at Bondi in 1906 by its designer, Lester Ormsby?

Demonstrated at Bondi Beach on 23 December 1906 the world's first life-saving reel was in use less than a week later. One of the first of many lives saved by the use of the reel was a young boy, one Charles Kingsford Smith, who, in later years contributed greatly to world aviation history!
13. Research at the CSIRO and the Australian Institute of Marine Sciences has developed prawns that grow faster and larger than those caught in the wild.

Australians could be throwing much larger 'shrimps' on the Barbie in summers to come, following the CSIRO's breeding of 'super prawns' that grow up to 25% larger! And that's not all; the CSIRO has bred the fastest growing abalone on earth, achieving growth rates up to 50% faster!
14. When was race-cam first launched?

Race-cam, developed by a Sydney based, Channel Seven television engineer, Geoff Healey, was launched in 1979. The very small, lightweight camera was designed to be used specifically for sports broadcasts to provide never before seen viewpoints of events such as motor racing, which were impossible to cover to such an extent with conventional cameras!
15. The world's first automatic totalisator was made by who? 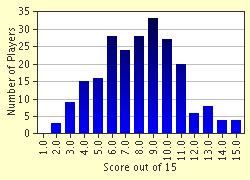