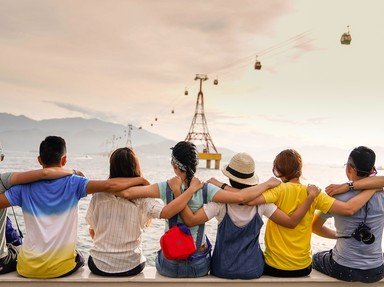 They Had Roses Named For Them

There is a long tradition of naming flowers, especially roses, for famous people. Can you guess who has had a rose named for them from the clues?

Quiz Answer Key and Fun Facts
1. A light pink floribunda rose named for an artist and inventor who is the quintessential Renaissance Man. Who is he?

Leonardo Da Vinci (1452 - 1519) was an artist, and an inventor who was ahead of his time. He left drawings of submarines, helicopters, a calculator and a tank. He was also a mathematician, sculptor and scientist who did early work on plate tectonics and considerably advanced the knowledge of the time in optics, engineering and hydraulics. Most people will remember him for his most famous painting "The Mona Lisa".

The "Leonardo Da Vinci" rose was bred by Meilland and went on sale in 1994. There is also an African Violet that bears his name.
2. A dark orange hybrid tea rose. My name will conjure up visions of Christmas, golf games and being on the road to somewhere. Who am I named for?

Bing Crosby (1903 - 1977) was probably the most famous singer of his day, popularising the crooner style. Christmas just would not be complete without hearing his recording of "White Christmas". He was also a talented actor and, with Bob Hope, starred in the very popular "Road To" series of films, which also featured Dorothy Lamour. His passion was golf, and when not working he could be found on the nearest golf course.

The "Bing Crosby" rose was bred in the 1950's by an American rose breeder whose name is not now recorded.
3. A delicate shell pink with yellow centre English shrub rose, the poet for whom I am named told tales of people bound for a cathedral city. Who was he?

Geoffrey Chaucer (c1343 - 1400) is best known today as the author of "The Canterbury Tales", a tale of a band of pilgrims on their way to the tomb of Thomas Becket at Canterbury. It is less well known that he was also a courtier, diplomat and civil servant, having been Comptroller of Customs for the Port of London for 12 years from 1384. He was also made Member of Parliament for Kent in 1386.

The "Chaucer" rose was introduced in 1970, and is a cross between "Constance Spry" and "Duchess de Montebello".
4. I am a very feminine cream/blush pink hybrid tea rose. My famous namesake was the first American woman to receive The Distinguished Flying Cross. Who was she?

Amelia Earhart (1897-1937) was the first woman to fly across the Atlantic Ocean, a feat she accomplished in 1932; the first to fly from Hawaii to California across the Pacific, done in 1935; and she set the first speed record from Mexico City to New York at 14 hours and 19 minutes, also in 1935. In July 1937 she and her navigator went missing over the Pacific Ocean whilst attempting a round the world flight. Despite extensive searches neither a body or plane wreckage were ever found. She was officially declared dead in January 1939.

The "Amelia Earhart" rose was bred by Reymond in 1932 in recognition of her accomplishments.
5. This light pink old historic rose is named for a famous General who brought war to most of Europe before being defeated by the British and exiled. Who was he?

Napoleon Bonaparte (1769 - 1821) shaped Europe in the early 19th Century. Having seized power in France in 1799 he turned his armies against virtually every European Country and dominated the Continent. After severely weakening his forces with his 1812 Russian campaign he was defeated and exiled to Elba in 1814, but escaped and returned to both power and his warlike ways. Defeated by Wellington in 1815 at The Battle of Waterloo, he was exiled to St Helena where he spent the last six years of his life in British captivity. He died of stomach cancer, although it has since been conjectured that he was actually poisoned.

Rose "Napoleon" is a very old historic variety introduced in 1827 by Vibert.
6. A deep scarlet modern shrub rose is appropriate for my namesake who wrote the most famous love story ever, which contains an often quoted rose related line. Can you name him?

William Shakespeare (1564 - 1616). The love story is, of course, Romeo and Juliet which has been adapted into films and musicals as well as being translated into virtually every major language, as have the rest of his plays and sonnets. It contains the line "a rose by any other name would smell as sweet".

The "William Shakespeare" rose was launched at the 2000 Chelsea Flower Show by David Austin.
7. My amber pink and peach blend floribunda flowers are an unlikely colour scheme for this fictional character who betrayed and cuckolded his best friend and King, which went against all the laws of chivalry and led to the downfall of "Camelot". Which far from perfect Knight am I named for?

In the stories of King Arthur and his Knights, Lancelot, or Lancelot du Lac, is often referred to as "the perfect knight". This, of course, is before he has an affair with Guinevere, an event that leads to the eventual death of King Arthur, and the fall of Camelot and all it stood for.

The "Sir Lancelot" rose was bred by Harkness in 1967.
8. This deep pink hybrid tea rose is named for an actress who has had multiple marriages and is noted for her violet coloured eyes. Who is she?

Elizabeth Taylor (1932-2011) is Hollywood royalty. The American Film Institute named her number seven in their list of all time greatest female stars. She was also a Dame Commander of the Order of the British Empire, an honour awarded to her in 1999. She was married eight times to seven men (she married Richard Burton twice), has starred in many memorable movies, starting with "Lassie Come Home" in 1943, and has been a tireless charity worker, despite her own bouts of poor health.

The "Elizabeth Taylor" rose was introduced in 1985 by Weddle.
9. I am a red/cerise blend English shrub rose. My thorns are as sharp as the jealousy felt by this famous Shakespearian character for whom I am named. Who is he?

"Othello" is a Shakespeare play, and centres around the theme of jealousy. Iago makes Othello believe his wife, Desdemona, is having an affair in an attempt to ruin Othello because he failed to give him a promotion he felt he deserved, and because he is jealous of Othello's success. Eventually the plot succeeds: Othello kills Desdemona, who is completely innocent, and then kills himself. However Iago does not get away with his scheme and he is denounced and executed.

The "Othello" rose was introduced in 1986 by David Austin.
10. A creamy apricot hybrid tea rose, I am named for an actress who sang to a President on his very special day. Who was she?

Marilyn Monroe (1926 - 1962) was probably the most instantly recognisable actress of her generation. She was one of Hollywood's most popular performers starring in such films as "Some Like It Hot", for which she received a Golden Globe Award, and "Gentlemen Prefer Blondes". She was ranked the sixth greatest female star of all time by The American Film Institute. Married three times, to Jim Daugherty, Joe DiMaggio and Arthur Miller, she failed to find happiness in her personal life, and her last years were dogged by ill health and a reputation for being unreliable and difficult to work with. One of her most memorable appearances was singing "Happy Birthday To You" to President Kennedy.

The "Marilyn Monroe" rose was introduced by Carruth in 2003.
Source: Author StarStruck60 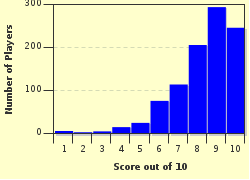 Related Quizzes
1. People from the Bathroom Reader Average
2. Stalking Heads Average
3. Famous and Infamous Patients 2 Difficult
4. If I Only Had Some Courage Easier
5. I Shot The Cover Girl Average
6. Boys of Silence Tough
7. Ten Magical Men and Women from History Average
8. Do the Crime, Do the Time? Tough
9. Misanthropy: Hatred of the Human Race Tough
10. Everybody Loves A Lover Easier
11. Fabulously Famous Fatties Average
12. Pioneers of Egyptology Tough