Freud Quiz Challenge - How Much Do You Know? | People

No thinker has had a more profound impact on the intellectual thought of the twentieth century than the great Sigismundus.

Quiz Answer Key and Fun Facts
1. Which individual was NOT a follower of Freud who later defected?

Many fine minds ultimately left Freud and went their own way - including the three named above. Charcot was not one of the followers; he was prominent before Freud and was one of Freud's teachers.
2. Who was Freud's biographer?

The others were also followers.
3. Which case did Freud use to illustrate his theory of infantile sexuality?

All were cases, but it was Little Hans' fear of horses that Freud used to demonstrate his theory.
4. Which is NOT a work by Freud?

This was written by Viktor Frankl.
5. Freud's collaborator on his first work, 'Studies in Hysteria', was

Fliess was a friend; the others were followers.
6. Which is NOT a core principle of Freudian thought?


Answer: The primacy of 'free will'

Free will is antagonistic to the notion of unconscious motivation.
7. Which is NOT a key component of Freudian therapy?

Freud tried hypnosis, but abandoned it in favor of free association.
8. One of Freud's more controversial theories is the existence of 'death instincts'. Freud referred to these instincts as

Parapraxes are 'Freudian slips'. The other terms are also Freudian concepts.
9. Where did Freud spend most of his life?

He came there when young, and in his old age fled from the Nazis.
10. Which statement is NOT true?


Answer: Freud rejected the concept of 'defense mechanisms' and sublimation

These ideas are in fact central to his thought.
Source: Author robert362 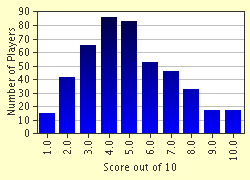