All About Robert Frost Trivia Quiz

Here's a quiz about the poet Robert Frost. Enjoy!

Quiz Answer Key and Fun Facts
1. In what year was Robert Frost born?

The inauguration of President JFK was on January 20, 1961. Robert had written a new poem for the event, but when he was unable to read it well and stumbled, he recited a poem from memory instead. The poem he read was "The Gift Outright".
4. In 1895, Frost got married. What was the name of his wife?

They were married on December 19, 1895. They got married at Harvard University. They had six children together, although one died a few days after she was born. Elinor died of a heart attack in 1938.
5. Four of Frost's six children died before he did. Which of these is not one of the ways they died?

His first child, Elliot, died in 1904 of cholera. His son Carol committed suicide in 1940. His daughter Marjorie died in 1934 of puerperal fever after childbirth.
6. What was the name of Frost's sister?

Jeanie Frost was born on June 25, 1876. She had mental problems, and Robert committed her to a mental hospital. She died on September 7, 1929.
7. One of Robert's most well known poems is "The Road Not Taken". What word completes the poem's first line? "Two roads diverged in a ___ wood."

"The Road Not Taken" was published in 1916. It is part of the "Mountain Interval" collection. The poem is about a traveler taking the road "less traveled by." This poem is quoted often.
8. The well-known phrase, "Good fences make good neighbors," was featured in which of Robert's poems?

"Mending Wall" was published in 1914. It was in the "North of Boston" collection. Although this poem is one of the best known uses of the proverb, no ones knows exactly where it comes from.
9. What poem by Robert Frost was mentioned in "The Outsiders" by S.E. Hinton?


Answer: Nothing Gold Can Stay

"Nothing Gold Can Stay" was written in 1923. It was in his "New Hampshire" collection. It is only eight lines long. In "The Outsiders", while hiding in the church, Ponyboy quoted the poem to Johnny.
10. Robert Frost's epitaph reads "I had a lover's quarrel with the world."

The line is from one of his poems. His grave is in Bennington, Vermont.
Source: Author zebra101 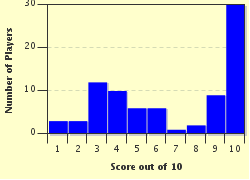