Pablo Escobar: A Criminal Against a Country Quiz

Pablo Escobar the man who endangered Colombian society and its government; one of the worst criminals in the world's recent history.

Pablo Escobar began his criminal record in Medellin as a car thief and tomb pillager. Then he turned to drug smuggling from Ecuador. A few years after, he formed the Medellin Cartel with the Ochoa Brothers, Carlos Lehder and Gonzalo Rordiguez Gacha (aka El Mexicano). The Medellin Cartel was responsible for 80% of cocaine "exports" to the US at its height.
2. What was Pablo Escobar doing when the Colombian police commandos surrounded and killed him?


Answer: Talking by phone with his son

The police scanned the communications in the area where Escobar was supposed to stay in Medellin. He was angry and worried because of his family security, as they were rejected asylum in Europe and sent back to Colombia. The scanning resulted in the exact location of Escobar and after the first shooting, he was killed over a roof while trying to escape once again.
3. What was the name of the jail that Escobar built for himself after the "surrender" to the government?

It was his "office" were he attended his business and where people who tried to disobey him were tried and executed. As Escobar continued doing crimes, the government decided in 1992 to occupy the jail to send him to a high security jail. Nevertheless, Escobar escaped before the arrival of the police.
4. Following orders by Escobar, hitmen killed in 1984 a Minister of Justice who strongly opposed Escobar and advocated for the extradition of drug dealers to the US. What is the name of this Minister of Justice?

He had no choice but to denounce Escobar even more strongly. In April 30 1984, two men on a motorcycle killed Lara Bonilla in Bogotá. At his funeral mass, President Betancur restored the extradition policy of drug traffickers to the US.
5. Escobar was a soccer fan. To which professional soccer team of Colombia was Pablo Escobar devoted?

When Escobar was in jail at the Catedral, almost every weekend he received visitors from Nacional soccer team players.
6. One of the closest partners of Escobar was Gonzalo Rodriguez Gacha. What was Rodriguez's nickname?

Rodriguez Gacha loved Mexican culture. He named his farms and horses after Mexican places or people.
7. In the war against the government, Escobar blackmailed other associates in order to collect money for terrorism. Escobar killed some of them as they rejected the blackmail. Some survivors organized a commando group and collaborated in his capture and death. How was this group called?

Los Pepes was the name given to the group. It is short for "Perseguidos por Pablo Escobar" in Spanish.
8. Pablo Escobar once ocuupied a public post. Which one was it?


Answer: Member of the house of representatives of Colombia

Escobar was elected to the house of representatives in the 80s. He abandoned his post after denunciations by Minister of Justice Rodrigo Lara Bonilla.
9. Where do the Escobar's close relatives live today?

In the final days of Escobar, his sons and wife looked for asylum in Germany. The German government rejected and deported them at the very time of their arrival, even prohibiting him from leaving the plane. After Escobar's death, his son and wife obtained forged identities in Argentina. His wife is now in prison in Argentina for money laundering.
10. The 1989-1990 presidential races were one of the deadliest periods for politicians in Colombia. Three presidential candidates were killed by the orders of Escobar. Which one of these was not killed that two-year period? 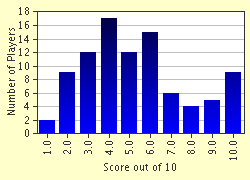 
Other Destinations
Explore Other Quizzes by gpuyana