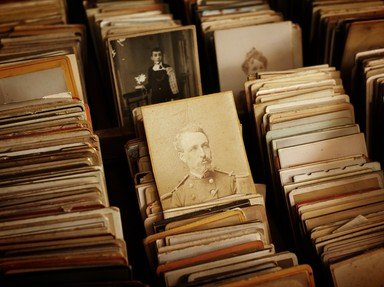 A look at some talented and brilliant people.

Quiz Answer Key and Fun Facts
1. Charles Darwin is best known as the author of "The Origin of Species." Which of the following is also his work?


Answer: The Descent of Man

Darwin, "Father of Evolution," published "Origin of Species" after his famous trip to the Galapagos Islands aboard "The Beagle." "Descent" continues his thoughts on evolution. Enormous impact on intellectual thought about the nature of man. "Worlds" is by Immanuel Velikovsky," "Aggression" is by Konrad Lorenz, and "Imperative" is by Robert Ardrey.
2. Karl Marx enjoyed a lifelong relationship with this gentleman--and also co-authored some major works with him.

Marx, key figure in socialism and communism, co-authored "Das Kapital" with Engels. The book had huge impact on political thought and in the longer term also in politics, too.
3. Albert Einstein was a giant in physics. What was his relationship with America?


Answer: He became a U.S. citizen as an adult

Einstein, best known for his "Theory of Relativity" (although he had much more to say in physics) was born and grew up abroad. He became a citizen of the U.S. in 1940--after the war in Europe had started, but before America entered it. Truly, he changed the face of the world.
4. Leonardo Da Vinci's most famous painting may be "Mona Lisa." Who was she?


Answer: The wife of a merchant

Da Vinci is always the first to come to mind whenever the phrase "renaissance man" is mentioned. A man of accomplishment in both art and science.
5. Sigmund Freud wrote all of the following EXCEPT:


Answer: Beyond Freedom and Dignity

The most influential thinker of the twentieth century, Freud's vision touches therapy, abnormality, religion, anthropology, dreams, etc.
(It has been said that all personality theory is a reaction to Freud.)
B.F. Skinner wrote "Dignity."
6. William Shakespeare wrote many plays. Which of the following plays is in debate as to whether he was its author?

Universally acclaimed as the greatest writer of the English language, shakespeare was pre-eminent as both poet and playwright. It is unclear, however as to whether he is the author of "Pericles."
7. Immanuel Kant is perhaps best known as the author of which of the following?

He was one of the great philosophers of all time. "Critique" is Kant's masterpiece. "Liberty" is by J.S. Mill, "Leviathan" is by Thomas Hobbes, "Zarathustra" is by Nietzsche.
8. Ludwig Van Beethoven had a stormy life. Which of the following statements is true?

Beethoven never married, but he had many turbulent relationships.
A genius in music, haunted by deafness.
9. Wolfgang Amadeus Mozart had a tempestuous relationship with his father, Leopold. Which of the following accurately describes Leopold?

Leopold was a composer. In that regard, Mozart followed in his footsteps--and took the family talent to exalted heights. A great talent--dead at 35.
10. Copernicus was a key figure in the history of science. When did he perform the majority of his work?

Copernicus lived from 1473-1543, so his mature thought occurred during the first half of the 16th century. The father of the heliocentric theory (with the sun at the center of the solar system), he was an early giant in modern scientific thought.
Source: Author robert362 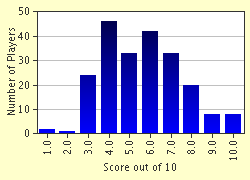