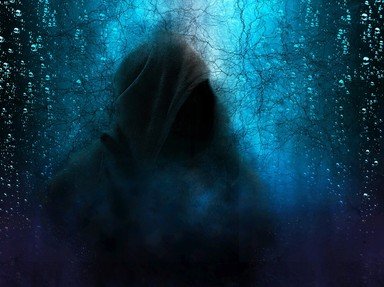 Tough trivia on the Whitechapel Murders. For serious students of the case only.

Quiz Answer Key and Fun Facts
1. What was the name of the pub at the corner of Commercial Street and Dorset Street?

2. The murder of Catharine Eddowes fell within which police department's jurisdiction?

Eddowes' murder was the only one of the canonical five to fall outside the jurisdiction of the Metropolitan Police, better known as Scotland Yard.
3. What journalist is identified in the Littlechild Letter as having written the 'Dear Boss' letter?

James K. Stephen was a Ripper suspect in his own {right;} Peter J. Harpick is an anagram of Jack the Ripper.
4. Which victim was born Eliza Ann Smith in Paddington in 1841?

5. Who was the Commissioner of the City of London Police in 1888?

Cutbush, Macnaghten and Anderson were all employed by the Metropolitan Police (Scotland Yard).
6. Which of the following 'suspects' had some sort of medical training?

Druitt and Ostrog were both referred to in the Macnaghten Memoranda as 'doctors', however, as far as is known, they did not have any medical training.
7. Who discovered Elizabeth Stride's body?

Diemschutz is thought to have interrupted the murderer, although there is now some question as to whether Stride was really a victim of the Ripper.
8. Which of the following suspects is not identified in the Macnaghten Memoranda?

9. What was the name of suspect Aaron Kosminski's brother?

10. Montague John Druitt's body was found floating in the Thames River in Chiswick on what date?

The body was supposed to have been in the water for about a month.
11. Where was Catharine Eddowes' body found?

Mitre Square falls within the jurisdiction of the City of London Police.
12. Which two victims were killed during the so-called 'double event'?

Both were killed on the morning of September 30, 1888 although there is now some question as to whether Stride was actually a true Ripper victim.
13. What is the date on the 'Dear Boss' letter sent to the Central News Agency?

14. Choose the best answer. What is the only alleged clue left behind by the Ripper?

A piece of blood-stained apron, positively identified as belonging to Eddowes, was found below the Goulston Street Graffito. The Graffito was never positively identified as having been written by the Ripper. A clay pipe was found in Mary Jane Kelly's room, which probably belonged to her lover, Joseph Barnett (although if you believe Barnett was the Ripper, give yourself credit for this question).

A ginger beer bottle was referred to in the 'Dear Boss' letter, and there were also ginger beer bottles found in Kelly's room.
15. Which of the following suspects was known to have committed murder during his life?

George Chapman was convicted of poisoning three of his 'wives' and was hanged in 1903.
16. Which alleged Ripper communication was 'from hell'?

It was sent to George Akin Lusk, head of the Whitechapel Vigilance Committee.
17. Which victim at one time lived with a man named Michael Kidney?

18. The Ripper allegedly sent a body part through the mail along with the Lusk letter. What was the body part?

Tumblety is variously described as an American quack and herbalist. He signed his name 'Dr. Tumblety' or 'Dr. Francis Tumblety'.
20. A laundry mark on the clothes of Mary Ann Nichols helped authorities identify her body. Where was that laundry mark from?

21. In 1888, the Whitechapel Division of the Metropolitan Police was also known as what?

Kelly was disembowelled in her own room.
23. Which suspect was 'married' to a woman named Annie Chapman?

Severin Klosowski was the birth name of suspect George Chapman. The Annie Chapman he was married to had no relation to the Ripper victim of the same name.
24. The Goulston Street Graffito was a chalked message written on the fascia of a doorway, supposedly by the Ripper. What was the name of the buildings the message was written on?

25. What was the name of the Commissioner of the Metropolitan Police who resigned during the Ripper murders? 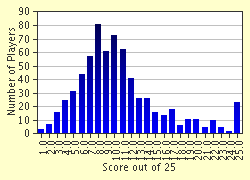 
Other Destinations
Explore Other Quizzes by rfswfs