A Bible Quiz about Rain -- Can You 'Rain' Supreme?

I had the day off work and had to put my plans on hold as our community was experiencing a torrential downpour of rain. Then it hit me like a lightning flash. Why not stay inside and compile a Biblical quiz about rain?

Quiz Answer Key and Fun Facts
1. The first mention of rain in the Hebrew Bible and the English Bible is found in Genesis 2:5. However, before rain started falling on the earth, Verse 6, in the NKJV, states "a mist went up from the earth and watered the whole face of the ground."

The NIV states God had not sent rain and "streams came up from the earth and watered the whole surface of the ground." Almost sounds like a gigantic built-in sprinkler system.
2. Scripture tells of rain falling continuously on the earth for forty days and forty nights with the entire earth becoming engulfed in a massive flood. According to Genesis 7:24, in the NKJV, how many days did the floodwater 'prevail' on the earth?

According to Genesis 7:24, the rain was so intense, the flood waters prevailed on the earth for 150 days. Only after 150 days did the water begin to recede.

Genesis 8:3 also tells of the earth being engulfed: "And the waters receded continually from the earth. At the end of the hundred and fifty days the waters decreased. Then the ark rested in the seventh month, the seventeenth day of the month, on the mountains of Ararat. And the waters decreased continually until the tenth month. In the tenth month, on the first day of the month, the tops of the mountains were seen."

Genesis 7:4 states the LORD caused it to rain for forty days and forty nights after He decided to destroy mankind because of unrelenting wickedness. Only eight humans survived the flood, as per Genesis 9:18. The survivors were Noah and his wife and their three sons and their wives. The names of the sons were Shem, Ham and Japheth. The names of the four women who were on the ark are not recorded. Noah and his family survived by taking refuge in an ark he had built at the command of the LORD.
3. In addition to describing Canaan as "a land of milk and honey," Deuteronomy 11 describes it as "a land of hills and valleys, which drinks water from the rain of heaven."

True. Canaan, or the Promised Land, is described as a land of milk and honey in a number of different places in Scripture, including Deuteronomy 11:9. Verse 11 goes on to describe it as "a land of hills and valleys, which drinks water from the rain of heaven." The statements were made prior to the Israelites entering the Promised Land after they wandered in the wilderness for forty years after their exodus out of Egypt.

Here's how Deuteronomy 11:8-11 reads in the NKJV: "Therefore you shall keep every commandment which I command you today, that you may be strong, and go in and possess the land which you cross over to possess, and that you may prolong your days in the land which the LORD swore to give your fathers, to them and their descendants, 'a land flowing with milk and honey.' For the land which you go to possess is not like the land of Egypt from which you have come, where you sowed your seed and watered it by foot, as a vegetable garden; but the land which you cross over to possess is a land of hills and valleys, which drinks water from the rain of heaven, a land for which the LORD your God cares; the eyes of the LORD your God are always on it, from the beginning of the year to the very end of the year."
4. Scripture tells of a leader of the Israelites being angered by their decision to have a king rule over them. According to Scripture, the leader stressed to the Israelites it was imperative they continued following the commands of the LORD, or there would be dire consequences. To prove his point, Scripture says the leader vowed he would call on the LORD to "send thunder and rain, that you may perceive and see that your wickedness is great." What was the name of the man?

Samuel was angry over a request by the people to have a king rule over them. 1 Samuel 9 tells of Saul, the son of Kish, being selected as the first king of the Israelites. According to Scripture, Samuel warned the Israelites there would be dire consequences if they stopped following the LORD and gave their devotion to a king. To prove his point, Samuel vowed he would call on God to "send thunder and rain."

And sure enough, the vow was fulfilled and thunder and rain struck in the midst of the wheat harvest. 1 Samuel 12:16-18 in the NKJV explains things this way: "'Now therefore, stand and see this great thing which the LORD will do before your eyes: Is today not the wheat harvest? I will call to the LORD, and He will send thunder and rain, that you may perceive and see that your wickedness is great, which you have done in the sight of the LORD, in asking a king for yourselves.' So Samuel called to the LORD, and the LORD sent thunder and rain that day; and all the people greatly feared the LORD and Samuel."

"The land of Israel receives its rainfall during the winter season," notes in the NKJV Study Bible state. "For the rain to fall during the wheat harvest would be most unusual."
5. 2 Samuel 21:10 tells of a concubine of Saul tenderly watching over the corpses of her sons, protecting them from birds and animals. Scripture also states the solemn vigil took place "from the beginning of harvest until the late rains poured on them from heaven." What was the name of the devoted woman?

Rizpah is the correct answer. 2 Samuel 21 tells of the Gibeonites hanging Rizpah's two sons -- Armoni and Mephibosheth. Scripture goes on to state they were hanged "in the hill before the LORD" in the beginning of the barley harvest.

1 Samuel 21:10, in the NKJV, states: "Now Rizpah the daughter of Aiah took sackcloth and spread it for herself on the rock, from the beginning of harvest until the late rains poured on them from heaven. And she did not allow the birds of the air to rest on them by day nor the beasts of the field by night."

According to notes in the NKJV Study Bible, Rizpah's vigil would've stretched from April to October, or from the beginning of the barley harvest to the late rains.
6. According to 1 Kings 17:1, a prophet of God proclaimed to King Ahab there would not be dew or rain, "except at my command." Who was the plucky prophet who rained on Ahab's parade?

Elijah is the correct answer. In 1 Kings 17:1, the prophet of God boldly proclaimed to Ahab: "As the LORD God of Israel lives, before whom I stand, there shall not be dew nor rain these years, except at my word."

According to Scripture, the drought went on for three years. 1 Kings 18:1, in the NKJV, states: "And it came to pass after many days that the word of the LORD came to Elijah, in the third year, saying, 'Go, present yourself to Ahab, and I will send rain on the earth.'"

The chapter goes on to tell of the drought ending after Elijah's spectacular victory over 450 prophets of Baal on Mount Carmel.
7. According to Proverbs 27:15 in the NKJV, a continual dripping on a very rainy day is akin to _________?

The major part of the book of Proverbs was written by King Solomon. Agur is credited with writing Chapter 30 and Lemuel with 31:1-9.
8. In Matthew 7:24-27, Jesus tells a parable in which "the rain descended, the floods came, and the winds blew and beat" on a house but it did not fall. According to Jesus, why did the house not fall?


Answer: It was built on a rock

The house, according to Scripture, did not fall because it was built on a rock.

The Gospel of Matthew was written by one of the Twelve Disciples who also went by the name Levi. According to Scripture, he was a tax collector.
9. Acts 28:2 tells of the survivors of a shipwreck gathering around a fire on Malta to keep warm while rain was falling. What were the names of two of the survivors?

According to Scripture, Paul and Luke survived the shipwreck off the coast of Malta. While Luke is not mentioned specifically in the account of the shipwreck, the vast majority of theologians conclude he was there with Paul because it is part of the "we passages" in Acts. Luke appears to have been extremely modest, and didn't use his name in Scripture. When he was involved in an incident, he simply used words to the effect "we did this" or "we did that."

Luke writes in Acts 28:2, in the NKJV: "And the natives showed us unusual kindness; for they kindled a fire and made us all welcome, because of the rain that was falling and because of the cold."
10. Revelation 11:6 tells of a vision by John of Patmos involving "two witnesses." The verse states the witnesses "have power to shut heaven, so that no rain falls in the days of their prophecy; and they have power over waters to turn them to blood, and to strike the earth with all plagues, as often as they desire." How are the two witnesses described, as per Revelation 11:4?

Two olive trees and two lampstands is the correct answer. Revelation is an extremely complex book and I have no intention of giving an interpretation to quiz players. Suffice to say, the book is largely the tale of two cities. Babylon faces a harrowing future while the residents of the New Jerusalem will be ecstatic.

To put the verse in context, here's how Revelation 11:1-6 reads in in the NKJV: "Then I was given a reed like a measuring rod. And the angel stood, saying, 'Rise and measure the temple of God, the altar, and those who worship there. But leave out the court which is outside the temple, and do not measure it, for it has been given to the Gentiles. And they will tread the holy city underfoot for forty-two months. And I will give power to my two witnesses, and they will prophesy one thousand two hundred and sixty days, clothed in sackcloth.' These are the two olive trees and the two lampstands standing before the God of the earth. And if anyone wants to harm them, fire proceeds from their mouth and devours their enemies. And if anyone wants to harm them, he must be killed in this manner. These have power to shut heaven, so that no rain falls in the days of their prophecy; and they have power over waters to turn them to blood, and to strike the earth with all plagues, as often as they desire."
Source: Author Cowrofl 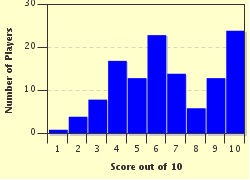