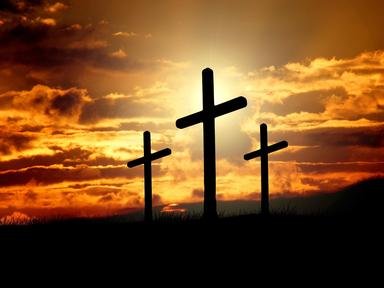 This quiz has a mix of questions about the Apostles Peter (a.k.a. Simon Peter) and Paul, Mary Magdalene and Mary (mother of Jesus). There is a slight Roman Catholic bias to the quiz.

Quiz Answer Key and Fun Facts
1. Artistic depictions of Saint Peter often include which of these every day items?

Keys are associated with Saint Peter because of a Bible passage in which Jesus said to Peter, "I will give you the keys of the kingdom of heaven" (Matthew 16:19, English Standard Version). The papal coat of arms includes a depiction of two keys, to represent the keys to the kingdom of Heaven that Jesus gave to Peter. Peter having the keys to Heaven is the origin of the notion of Saint Peter being the bouncer at the gates of Heaven, letting people in or keeping them out.
2. Some religious scholars believe that Mary Magdalene may be the true identity of which unnamed person referenced in the Gospel of John?

The Beloved Disciple, also known as 'the disciple whom Jesus loved' is referenced only in the Gospel of John. The official church belief is that this Beloved Disciple is John himself, but another theory that has been put forth is that it was Mary Magdalene, who in non-canonical gospels has been said to have been very close with Jesus. In the apocryphal Gospel of Mary, Mary Magdalene (if she is indeed the main 'Mary' character in this gospel) is referred to many times as being the one that Jesus loved the most.

Paul is also known as Saul of Tarsus, Tarsus being where he was born (in what is now Turkey). He was born a Jew but also had Roman citizenship through his father. Saul was his Jewish name and Paul was his Roman/Biblical Greek name. He is named as Saul in a few places in the book of Acts and first called Paul in Acts 13:9 - "But Saul, who was also called Paul, filled with the Holy Spirit, looked intently at him" (ESV).

He is referred to as Paul throughout the rest of the New Testament, including in the books that he wrote.
4. According to Roman Catholic doctrine, Mary (mother of Jesus) was an immaculate conception.

The phrase 'immaculate conception' is often misused. It refers not to her virgin conception of Jesus, but to the conception of Mary herself. It does not imply, though, that her mother was also a virgin who gave birth. The belief is that Mary was conceived normally but she was conceived and born without original sin.

Her mother, Saint Anne, had previously been thought barren. The Roman Catholic Church celebrates the Feast of the Immaculate conception on December 8, which is nine months before the celebration of Mary's birthday on September 8.

Many other denominations of Christianity do not officially believe in the immaculate conception of Mary.
5. In the Roman Catholic Church (and others), Peter and Paul share the same main feast day.

The main feast day of both Peter and Paul is June 29 in Catholicism, as well as in the Eastern Orthodox Church, Anglicanism and Lutheranism. Another feast day associated with Peter is February 22, the day of the Feast of the Chair of Saint Peter (since 1960; prior to 1960, it was January 18). Paul is also celebrated on January 25 (the Conversion of Saint Paul) and February 10 (Feast of Saint Paul's Shipwreck in Malta).
6. How many demons were said to have been expelled from Mary Magdalene?

The gospels of Luke and Mark both make reference to the seven demons that Jesus cast out of Mary Magdalene. These demons have been said (such as by Pope Gregory) to have turned into the seven cardinal sins and included lust, pride and greed/envy (covetousness).

The bit about the seven demons/sins has given credence to the characterization of Mary Magdalene as a 'repentant sinner', though nearly all theological scholars today feel that Mary Magdalene was not the former prostitute she was traditionally said to be.
7. Peter was crucified on an upside down cross. How did Paul die, according to Christian tradition?


Answer: He was beheaded.

Though not recounted in the text of the Bible, there does exist some evidence that Paul was martyred and beheaded, possibly in 68 A.D. and this is what the Church believes to be fact (often without naming a specific year, though there is agreement that it was sometime in the mid-to-late 60s). Paul's beheading occurred in Rome during the reign of Nero.

It is believed that Paul was spared the slower and more painful crucifixion death because he had Roman citizenship and Peter did not.
8. The Eastern Orthodox observation of the Dormition of the Theotokos (August 15) is related to which of these figures?

The feast of the Dormition of the Theotokos is the Eastern Orthodox equivalent of the Roman Catholic feast of the Assumption (also August 15), that is the taking up of Mary's body into heaven at the end of her life. The Assumption is one of the four core Roman Catholic Marian doctrines, along with the doctrines of her perpetual virginity (Mary remaining a virgin all her life), of her being the Mother of God, and of her own immaculate conception. 'Theotokos' is Mother of God in Greek and dormition means falling asleep.

A difference between the Dormition and the Assumption is that the Eastern Orthodox church believes with certainty that Mary first died a natural bodily death, then was raised from the dead and then taken up into heaven, while in the Roman Catholic church there is some debate on this. Many believe that she was simply taken to heaven without first dying on Earth.
9. The Ring of the Fisherman is associated with whom?

Peter was a fisherman by trade before beginning to follow Jesus. The Ring of the Fisherman is worn by the Pope. Roman Catholics consider Saint Peter to have been the first Pope, and all others after him have worn the Ring of the Fisherman as a tribute to Peter. From the 15th century to the 19th, the ring was used to seal official documents, by stamping the ring into sealing wax.

A new ring is created for each new Pope and is traditionally put on the pope's finger by the camerlengo (a Cardinal) during the Papal inauguration, though Pope Benedict XVI put the ring on his finger himself.
10. Though not stated in the text of the Bible, some Christian scholars believe that Mary Magdalene may have been betrothed to whom?

Though it is not the belief of the majority, some people such as early Christian scholar Saint Jerome and 13th/14th century religious historian Brother Domenico Cavalca have put forth the idea that Mary Magdalene was betrothed to John the Evangelist, purportedly the same person as John the Apostle and the author of the Gospel of John. Furthermore, it's been suggested that it was their wedding at which Jesus turned water into wine, at Cana. One point against this theory is that the marriage at Cana was not said to have been called off at any point, and John was said to have left his bride at the altar in order to become a follower of Jesus. In turn it's been argued that Mary Magdalene could indeed be that jilted woman.

An early Mormon tradition, not believed to be true today, held that the wedding at Cana was actually Jesus' own polygamist wedding and that Mary Magdalene was one of the brides.
Source: Author guitargoddess 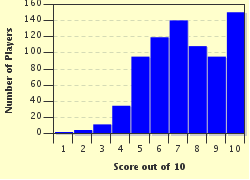 Related Quizzes
This quiz is part of series Commission #31:

It's time for a name game! This Author's Lounge Commission, launched in January 2014, featured quiz titles that included names in them, and resulted in a series of quizzes about all manner of things.


1. Uncle Sam Wants You! Average
2. There, But for the Grace of God, Go I Average
3. This Quiz Is About Kylie... Average
4. A Boy Named Sue Average
5. Dwayne the Tub, I'm Dwowning! Average
6. Bills, Bills, Bills Average
7. A Leap of Faith Average
8. Even Steven Average
9. Whoa Nelly! Average
10. LOLita Average
11. Mary, Mary, Quite Contrary Average
12. Mary, Did You Know? Average