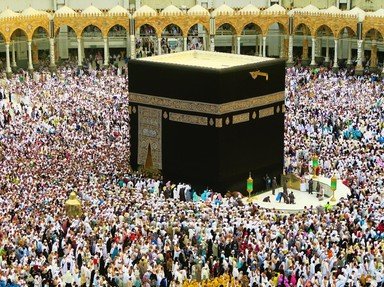 This quiz asks general quizzes about the people and the events that occurred during the life of the Prophet Muhammad (Peace Be Upon Him.)

Quiz Answer Key and Fun Facts
1. The year the prophet was born in is known as the year of the camel.

The exact date of the Prophet Muhammad's birth is not exactly known (or more precisely, different scholars assign different dates to it), but historians are sure he was born in a year dubbed the year of the elephant. It's called that because a neighboring tribe tried to destroy the Kaaba, but its elephants would not budge as soon as they reached Mecca.
2. Which of the following was one of the prophet's occupations before he became a prophet?

The Prophet Muhammad was a shepherd for some years before he took his uncle Talib's advice and became a merchant. He was known for being honest, and this characteristic caused Khadija, a wealthy caravan owner, to hire Muhammad and later marry him.
3. How much of an age difference is there between the prophet Muhammad and Khadija?

Khadija asked Prophet Muhammad to marry her even though she was forty, and he was twenty-five. This was unusual at the time because it was usually the husbands who were fifteen years older than the wives.
4. In which cave did Prophet Muhammad receive his first revelation of the Quran?

Prophet Muhammad was meditating in the cave when the angel Jibreel came. He was then asked to read the first ayats of the Qu'ran in the cave of Hira even though he was illiterate.
5. Who was the first child to convert to Islam?

The Qoraysh boycotted the Muslims and banished them from Mecca. For three long years the Muslims suffered from lack of food and water. In the year following the year after the boycott, Khadija died and Abu Talib also died. He did protect the Prophet as he once had vowed, but he never accepted Islam.
7. Who accompanied the Prophet on his migration to Madinah?

The Prophet and Abu Bakr were one of the last Muslims to migrate to Medina. On the night of their departure, the tribe of Quraysh even tried to murder the Prophet. Luckily, he escaped, but he was pursued relentlessly for months until he reached Medina.
8. Which wife of the prophet was the daughter of Abu Bakr?

Aisha, the daughter of Abu Bakr, was the only wife of the Prophet who was raised as a Muslim. She was also noted as the Prophet's favorite wife after Khadija.
9. The prophet died around the age of sixty.

Although the date of his birth is not known for sure, most scholars place it as around 570. His death on 8 June 632 therefor occurred when he was a bit over sixty years of age.

The Prophet first received a revelation around the age of forty, and over the rest of his life the Qu'ran was revealed gradually. He was buried in his wife Aisha's room.
10. Which was his only living child present when the Prophet died?

Fatima, the Prophet's youngest daughter, was the only child present at the Prophet's deathbed. According to her, the Prophet had informed her that she would be joining him soon, and she did. She died six months after the death of her father.
Source: Author bigbrain99 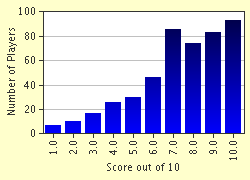 
Other Destinations
Explore Other Quizzes by bigbrain99