Polymers - What You Need To Know Quiz

Polymers - what the heck are they!? This quiz, which becomes gradually more difficult as you progress, attempts to fully answer this question. Good luck!

Quiz Answer Key and Fun Facts
1. Firstly, polymers are long chains which are made up of many molecules known as monomers. These monomers can be anything from amino acids, to alkenes, to alcohols. What all polymers have in common is the type of bond which holds their monomers together. What type of bond is this?


Answer: The presence of a carbon to carbon double bond

An ethene molecule is made up of two carbon atoms, each covalently bonded to two hydrogen atoms and joined to each other by a carbon to carbon double bond.

In the right conditions (usually high pressure, high temperature, and a catalyst) the double bond "splits" open and the pair of electrons which previously formed the pi bond becomes available to form a single (sigma) bonds with carbon atoms of adjacent monomers.
3. Polymers formed via addition polymerization are often used as plastics. The atoms/groups which make up the monomers determine the properties of the plastic. An example of this is polystyrene. Which monomers join together to form polystyrene?

Ethene monomers join together to form polythene (polyethylene). This can be used to make sandwich bags, cling film, and water pipes.

Chloroethene monomers polymerize to form polyvinylchloride (PVC). This is used for window frames, roofing, and clothing.
4. Whilst the plastics formed by addition polymerization reactions are useful for many things, numerous problems arise when they are disposed of. One method of reducing these problems is by chemical recycling. Which word is used to describe the breaking down of long chained polymers into shorter chained ones, as it happens in chemical recycling?

Other methods of disposal include melting plastics down to be reused (recycling) or burning as a fuel. However, both of these methods are likely to produce toxic gases which could harm the environment. Polymers which contain chlorine are a particular problem, as they produce the acidic HCl gas when burned. Many factories have tried to combat this by placing alkaline gas scrubbers in chimneys where the acidic gas would usually escape.

The water is formed when an -OH group from one monomer and the -H atom from another are lost, joining together to form H2O.

As water is lost during the formation of condensation polymers, the addition of water does the exact opposite - breaks the bond. This is known as hydrolysis.
6. As mentioned previously in this quiz, proteins (polypeptides) and carbohydrates (polysaccharides) are both polymers. True or false, the third of the major biological molecules, the lipids, cannot be described as polymers.

Polymers are long chained molecules, with no limit to the number of monomers which can make it up. This is shown in polypeptides, which can be made up of tens of thousands of amino acids. Conversely, lipids are only made up of one molecule of glycerol which is covalently bonded to three fatty acids via ester bonds.

A glycerol molecule is made up of a 3 carbon "backbone" and only possesses three -OH groups. It can therefore only bond with up to three fatty acids.

The type of monomer which makes up these biological molecules determines the properties and uses of the molecule formed. For example, with polysaccharides, alpha-glucose polymerizes to form starch, however, if beta-glucose polymerizes, it will form cellulose. The two molecules (alpha and beta-glucose) have identical molecular formulae, and their structural formulae differ by the positions of only two groups (the -H and -OH groups on carbon-1 of alpha-glucose are the opposite way round in beta-glucose). Despite the two monomers being extremely similar in structure, the polymers are entirely different - starch being coiled, compact and used for storage, whilst cellulose is straight and used for structure.
7. Still on biological molecules, the incredible length of these polymers (sometimes tens of thousands of monomers) often results in the formation of a tertiary, 3-D structure. An example of this is in globular proteins. Which of these is NOT a force of attraction which usually acts between the different sections of the polypeptide chain of a globular protein?

As well as the incorrect answer options (ionic bonds, Van der Waals' forces, and hydrogen bonds) the di-sulphide bridge (a type of covalent bond) is the forth interaction which can occur between different sections of the polypeptide chain in the tertiary structure of a protein.

Whilst ionic bonds and the di-sulphide bridge are classed as intramolecular bonds, the hydrogen bond is classed as an intermolecular bond. The hydrogen bond is both the strongest intermolecular force and one of the most commonly occurring forces of attraction in biological molecules.
8. One major group of condensation polymers are the polyesters. Typically, these are made up of two different monomers which are arranged alternately along the length of the polymer chain. An example of polyester is Terylene. In what everyday item is terylene often found?

Polyesters are also commonly found in clothing.
9. Another group of condensation polymers are the polyamides. Natural examples of polyamides are proteins. Which artificial polyamide is often used in the manufacture of crash helmets and bullet proof vests?

Kevlar is made up of benzene-1,4-dioic acid and benzene-1,4-diamine. As a condensation reaction, water is lost as the monomers join to form the polymer. It is the high tensile strength of Kevlar which allows it to be used in things such as crash helmets.

Nylon 6,6 is made up of 1,6-diamino hexane and hexane-1,6-dioic acid. The resulting amide bond is identical to the peptide bonds found in proteins. Nylon 6,6 is used in clothing.

Wool, whilst technically being a polyamide, is naturally occuring.
10. When non-symmetrical alkenes polymerize (such as chloroethene - which makes up PVC), there 3 ways in which the groups can be arranged in 3-D space. For example, if all of the -Cl groups in polychloroethene (PVC) were arranged in the same direction in 3-D space, the polymer would be described as isotactic. What term is used to describe a polymer where the groups are arranged randomly?

The third way that an asymmetric alkene can polymerize is syndiotactitcally - with groups alternating towards and away from you in 3-D space.

The main significance of the way in which non-symmetrical alkenes polymerise is in their melting points. The more regular the polymer chain is (with isotactic being the most regular and atactic being the least) the more linear it is and the more able it is to lie closely next to other chains. The more closely these chains can get to each other, the more intermolecular bonds form between them. This is particularly important in the plastic industry, as the strength (a quality determined by intermolecular forces) of a plastic determines its function.
Source: Author doublemm 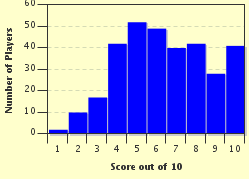 Related Quizzes
This quiz is part of series More Stuff You Should Know:

It's good to know things! -- Voltaire