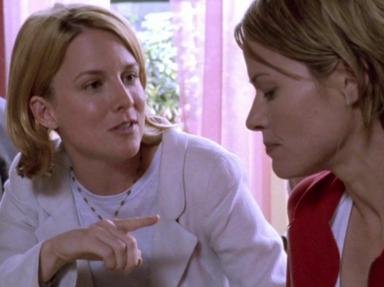 How much do you know about Helena Peabody? | Quiz

This quiz is about Helena Peabody, one of the most interesting characters on the Showtime series "The L Word".

Helena's father was British. He was an impoverished aristocrat. Helena was born in England and spent most of her life there: hence her British accent.
2. How many children does Helena have with her ex-lover Winnie?

Helena has a son named Wilson with Winnie Mann. They also have an adopted girl of Chinese origin, Jang Yin. Helena and Winnie don't go along very well.
3. Season 2: Whom does Helena have an affair with?

Helena's foundation awards a grant to Tina's non-profit organization, Headquarters for Social Justice. They have an affair, Helena even asks Tina to move in with her. But Tina soon realizes that she is not the only woman in Helena's life and decides to break up with her.
4. Season 3: What is the name of the woman who files a sexual harassment lawsuit against Helena?

Helena and Dylan Moreland work together on a movie. They have a brief affair and Dylan videotapes one of their sexual encounters, during which Helena pretends she forces Dylan to have sex with her. Dylan files a sexual harassment lawsuit, but they manage to settle it off court.
5. When does Helena's mother cut her off financially?

When Peggy retired, Helena became the new director of the Peabody Foundation. She also bought a movie studio, and made Tina her executive producer. After Helena paid for Shane's wedding with Carmen (which ended in a disaster, because Shane didn't show up at the altar), her mother decided to cut her off financially, so that she learn to live without money.
6. Season 3: Whom does Helena share the flat with?

After Helena is cut off financially by her mother, Alice suggests she moves in with her. Helena, accustomed to living in a luxury residence, decides to take up her offer, but she is not happy living in Alice's one-bedroom flat.
7. Season 4: What kind of job does Shane offer Helena?

Helena is now penniless; she doesn't even work in her own movie studio any longer. Shane offers her a job as a receptionist in her hair studio WAX, but Helena is no good at it and quits.
8. Season five: How much money does Helena steal from Catherine's safe?

Helena becomes Catherine's kept woman but decides to leave her when Catherine says that if Helena loses a bet (the best is whether Paige and Shane's relationship will last), she will have to be her slave for a year; if Helena wins, she is going to get a million dollars and her freedom.

But Helena decides to skip the bet and steal the money from Catherine's safe; she gets caught and is committed to prison.
9. Season five: What is the nickname of the inmate Helena falls in love with?

After stealing money from Catherine, Helena goes to prison. There she shares her cell with an inmate nicknamed Dusty. At first Dusty is a little bit hostile, but they end up having an affair. After Peggy bails Helena out of prison, she finds a means to free Dusty and they escape to a paradise island for the most of the season.
10. Season five: Does Peggy reinstate Helena's wealth status?

Helena returns in the last episode "Loyal and True", when her mother, Peggy, is taken ill to the hospital. Peggy thinks Helena has learned her lesson and it is time she got her wealth back. When Helena finds out that Kit has lost the Planet to Dawn Denbo and her lover Cindi, she convinces Cindi to sell her the shares in ownership.
Source: Author beatka 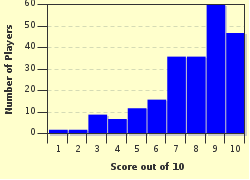 
Other Destinations
Explore Other Quizzes by beatka