This quiz is about the Australian Ford Falcon - a popular car "down under" for over 50 years. Many an Aussie tear was shed when the last Falcon rolled off the production line in 2016.

The first Falcon was the XK Coupe.
2. Which Aussie Ford Falcon model came after the XK?

3. The Interceptors (the yellow ones) in 'Mad Max' were what model Ford Falcons?

Max's (Mel Gibson) black pursuit car was an XA.
4. The Aussie Ford Falcon XY had a special model, what was it?

The 'HO' stands for Handling Options on the special GT model.
5. The GT-HO Falcon had what kind of engine?

Ford Australia's biggest engine.
6. The only model of the XA, XB and XC Falcons that didn't have a special model was what?

John Goss was a champion Ford driver at Bathurst.
8. What was the special model of Ford Falcon for the XC?

The best looking Falcon in my opinion was with two blue Drag stripes on a white body.
10. The Ford Falcon's biggest competitor in Australia was what make and model?

The Holden Commodore was first manufactured in 1978, and soon became the Falcon's main rival, thorough many models. Holden vs. Ford has traditionally been the biggest car rivalry in Australia.
Source: Author epoch_72 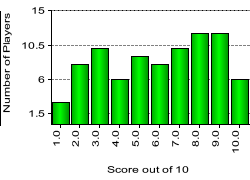 Related Quizzes
This quiz is part of series Auto World:

A series of quizzes about the Automobile


Other Destinations
Explore Other Quizzes by epoch_72