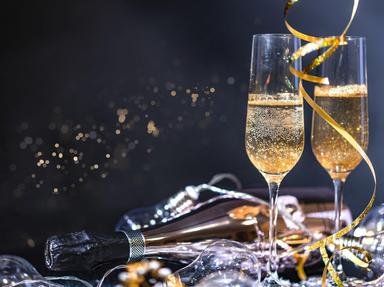 Which Month is That? Trivia Quiz

Can you identify some of these observances we have for the various months in the US?

November is also known as "Movember", to raise awareness of men's health issues. The Movember Foundation was begun in 2004 and encourages men to grow moustaches in November to raise funds and awareness for this cause. November is also National American Indian and Alaska Native Heritage Month.
4. Besides being my birth month, this hottie is also Admit You're Happy Month, Family Fun Month, National Catfish Month, and National Picnic Month. Can you figure out which month it is, which also includes National Smile Week and Wiggle Your Toes Day on the sixth?

August 3 is National Watermelon Day, and August 5 is Work Like a Dog Day. August 13 is Left Hander's Day, and the 18th is Bad Poetry Day.
5. Among the lions and lambs, this month is Irish American Month and National Peanut Month. It is also Red Cross Month and National Frozen Foods Month. Can you identify this month, which also includes If Pets Had Thumbs Day (the third) and National Goof Off Day (the 22nd)?

International Earth Day is also in March, occurring on the Vernal Equinox and March 20 is also Extraterrestrial Abductions Day.
6. This month is National Humor Month, National Poetry Month, and National Pecan Month. And though it may sound foolish, the 17th is Blah, Blah, Blah Day, which is a copyrighted holiday. And I'm not kidding, because the 30th is National Honesty Day. Which month is it?

April 22 is National Jelly Bean Day, but the 19th is National Garlic Day, while the 23rd is Take a Chance Day. April is Keep America Beautiful Month, which is a good thing for sure.
7. Although I could not find a National Trivia Month, I did find that Trivia Day is the fourth day of this month. It is National Bath Safety Month and National Blood Donor Month (hopefully there's not a significant relationship there). It is also Hot Tea Month, National Oatmeal Month, and National Soup Month. Which month is that?

The first week of October is Get Organized Week and the second week is Fire Prevention Week. October is also National Popcorn Popping Month. October 5 is World Teacher's Day, and October 11 is Take Your Teddy Bear to Work Day.
9. The next month is National Barbeque Month, National Salad Month, and National Hamburger Month. Special days include National Teachers Day and School Nurses Day. So what name do we call National Pet Month and National Guide Dog Month, which also includes Eat What You Want Day and Cinco de Mayo?

May 1st is not only May Day, it is also Mother Goose Day, Loyalty Day, and Save the Rhino Day. And even though March is Irish American Month, in May we have Limerick Day on the 12th and Leprechaun Day on the 13th. May is also Older Americans Month and National Blood Pressure Month. And to help keep that blood pressure down, May is also National Bike Month.
10. The last month on our quiz is National Blueberry Popsicle Month. It is also Honey Month, Baby Safety Month, and Hispanic Heritage Month. The 17th is also Citizenship Day and Constitution Day, and the third Friday of the month is POW/MIA Recognition Day. So what month is it whose 11th day is Make Your Bed Day, No News is Good News Day, and 911 Remembrance Day? 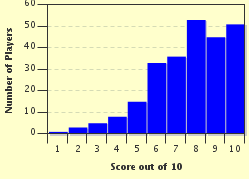