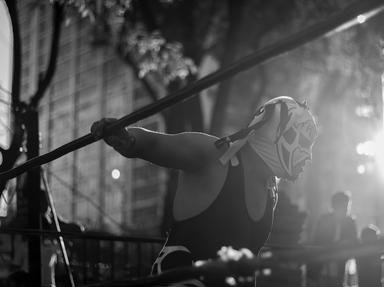 This quiz is about the World Wrestling Entertainment's 2022 "Summerslam" event which was held on held July 30, 2022. The event was held at Nissan Stadium in Nashville, Tennessee.

Maryse appeared ringside as a manager during The Miz's match. She did not appear after the WWE Raw Women's Championship match.
3. Who defeated The Miz in a singles match?

Logan Paul faced The Miz in a singles match. The match saw interference from both Ciampa and A.J. Styles. Logan Paul performed a "Skull Crushing Finale" on The Miz to get the pinfall victory.
4. Who won the singles match for the WWE United States Championship?

Bobby Lashley defeated Theory in match for the WWE United States Championship. Bobby Lashley applied the "Hurt Lock" hold on Theory to gain the submission victory.
5. The Mysterios faced the Judgment Day in a No Disqualification Tag Team Match. Who made a surprise return during the match?

Rey Mysterio and Dominik Mysterio faced Finn Bálor and Damian Priest of the Judgment Day in a No Disqualification Tag Team Match. In the closing moments of the match, former Judgment Day leader Edge made his return. Edge performed a "Spear" on both Damien Priest and Finn Bŕlor.

The Mysterios then performed a double "619" on Finn Bŕlor. Rey Mysterio followed with a "Frog Splash" on Finn Bálor to get the pinfall win.
6. Which announcer defeated Happy Corbin in a singles match?

Pat McAfee served as a color commentator on the WWE's "Smackdown". Happy Corbin was not a fan of McAfee's commentary during his matches. The pair would have a match which saw McAfee defeat Happy Corbin by pinfall.
7. The Usos successfully defended their Undisputed WWE Tag Team Championship against the Street Profits. Who served as the referee for the match?

The Usos defeated The Street Profits by pinfall Tag team match to retain the Undisputed WWE Tag Team Championship. WWE Hall of Famer Jeff Jarrett served as the special guest referee for this match. The Usos hit the "1D" on Angelo Dawkins to gain the pinfall victory.
8. Did Riddle and Seth Rollins have a match at this event?

A match between Riddle and Seth Rolins was advertised for this event. On the July 25, 2022 episode of WWE's "Monday Night Raw", Rollins attacked and injured Riddle rendering him unable to compete. Riddle and Rollins did appear at the event and brawled in the ring causing further injury to Riddle.
9. Who won the singles match for the WWE SmackDown Women's Championship?

Liv Morgan defeated Ronda Rousey by pinfall to successfully defend the WWE Smackdown Women's Championship. Rousey applied an armbar submission hold on Morgan. Rousey's shoulders were on the mat as she was applying the hold. The referee counted the pinfall giving Morgan the victory.
10. Roman Reigns faced Brock Lesnar in Last Man Standing Match for the Undisputed WWE Universal Championship. Brock Lesnar came to the ring driving a tractor. How did Lesnar use the tractor during the match?


Answer: Lesnar used the tractor to lift one side of the ring

Brock Lesnar came to the ring driving a tractor. During the match, Lesnar used the tractor to lift one side of the ring. Reigns was toppled by this action, but was able to get up at the count of nine.
Source: Author workisboring

Go to Pay Per Views Quizzes