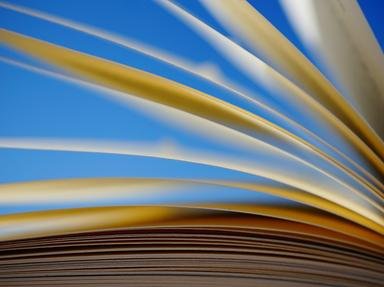 Given twelve names of British places, can you correctly sort them into categories based on how their names originated?
This is a renovated/adopted version of an old quiz by author lupin

In Welsh, the word aber refers to the mouth of a river which, in the case of Aberystwyth, is the mouth of the River Ystwyth. The town's name is directly linked to its location at the mouth of the river. Other Welsh towns with similar derivations are Abergavenny, located on the River Gavenny, which flows into the River Usk and Aberteifi, known in English as Cardigan.

Aberystwyth is the home of the National Library of Wales, and is located on Cardigan Bay.
2. Ross-on-Wye

The name of Ross-on-Wye is derived from the name for a promontory, which is 'rhosan' in both Celtic and Welsh. It is located on a sandstone cliff overlooking the River Wye, and was originally known just as Ross. The 'on-Wye' was added relatively recently, in 1931, to distinguish it from other places in the UK called Ross.

Ross-on-Wye calls itself the birthplace of British tourism as the first 'package tours' were set around the River Wye and called the 'Wye Tour', taking people from the town of Ross to Chepstow. It was a cheaper and more accessible version of the Grand Tour of Europe, undertaken by the wealthy.
3. Sheffield

Sheffield is famous for the manufacture of steel goods, in particular for its cutlery.
4. New Bolsover

In Victorian times, manufacturers decided to build housing for the workers in their factories and businesses, and the villages which were created often had names related to the products or businesses owned by their employers. New Bolsover was established by the owners of the Bolsover Colliery in 1891 and completed in 1896. Facilities included a village green, a cricket pitch, and a social club.

New Bolsover is located in Derbyshire. The colliery is now defunct, but the housing remains, owned privately or by local authorities. The houses are Grade II listed, meaning changes have to be approved and in keeping with the overall style.
5. Bournville

Bournville was founded in 1893 by the Cadbury family, who were Quakers and chocolate manufacturers, to provide quality housing for their workers. Bournville is the name given to the dark chocolate bar produced by Cadburys. The area is now a part of Birmingham, England's second city.

These villages were dubbed 'model villages', as they provided templates or models for others to follow. The term is a little confusing, though, since model villages is the name also given to the recreation of villages in miniature.
6. Port Sunlight

The village was created in the late nineteenth and early twentieth centuries by Lever Brothers to house workers at their soap factory. Their products included Sunlight soap and the name of Port Sunlight came from the soap. Around nine hundred homes were built, of varying designs, along with a non-denominational church, an open-air swimming pool, a theatre and other facilities. It is located on the Wirral Peninsula on the opposite side of the Mersey to Liverpool.

Unlike others in this quiz, the business still exists, now called Unilever, and so do many of the original facilities, although the swimming pool is now a garden centre. The church, theatre and an art gallery, called the Lady Lever Art Gallery, are still in regular use. The houses are no longer lived in by factory workers, though, with most privately owned. Grade II listing means that changes to the buildings have to be approved and, externally at least, they still look the same as when they were built.
7. Skipton

Located in North Yorkshire, Skipton's name is derived from the Anglo-Saxon words 'sceap', meaning sheep, and 'tun', for a town or settlement. It is one of the places listed in the Domesday Book where it is recorded as Scepeton. However it's spelled, the name means 'sheep town'.

Skipton is known for its castle, dating from Norman times, and its location on the Leeds-Liverpool canal.
8. Oxford

The derivation here is more obvious than most, since it comes from the old name Oxanforda, referring to a shallow part of a river (a ford) where cattle (oxen) were able to cross. The name became shortened to Oxford over the years

Oxford is known for being the home of Britain's oldest university, dating from at least 1096. It is also home to the Radcliffe Camera, where part of the Bodleian Library is housed.
9. Swinton

The name of Swinton derives from 'swin', meaning pig or wild boar in Old English - the same word gives us swine, while 'tun' refers to a settlement or town. Swinton actually means pig town and may have grown from a farm where swine were raised.

Although originally a small town in its own right, Swinton is now a part of the city of Salford, itself classed as part of Greater Manchester located in the north west of England.
10. Wolverhampton

The origin of the name lies in Saxon times when a lady named Wulfruna (or Wulfrun/Wulfrune) was granted lands by King Aethelred in the region known as Mercia. The area was known as a Heantun and this, added to Wulfruna's name, became the current name of Wolverhampton over the years.

Wolverhampton is now a large city in the West Midlands and people from there are known as Wulfrunians. It is known for manufacturing.
11. Knutsford

The name of Knutsford is widely said to derive from the Danish king Knut, known as Canute in English, who visited the region in 1016 and crossed (forded) a river there. The Domesday Book spelled the name as Cunutesford. The present day town has several places which bear names of Danish origin.

Knutsford is situated in mid-Cheshire, in England's north west, and is only fourteen miles south of Manchester, making it a popular town in which to live.
12. Birmingham

The name of Birmingham is derived from a man named Beorma (sometimes given as Birm), the leader of a tribe in the sixth century Saxon era in England. His name was added to 'ham', meaning home, to create the name Beorma's home. At the time, it was likely to have been a small settlement in an otherwise wooded area.

Birmingham, located in the English Midlands, is Britain's second largest city, and is recorded a Bermingeham in the Domesday Book (1086).
Source: Author rossian