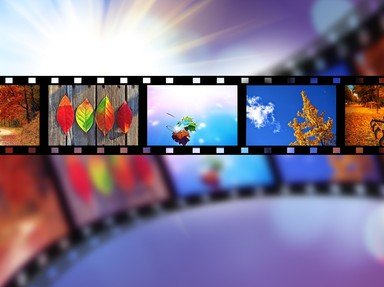 Quiz Answer Key and Fun Facts
1. The 1945 French film "Children of Paradise" so impressed Francois Truffaut that he claimed he would have given up all his films to have made it. The action of this three-hour film is set around what location?

Set in Paris in the 1830s, "Children of Paradise" charts the intersections of the lives of four men--an actor, a mime, a criminal, and a count--and the woman they all love. The "Paradis" of the original French title "Les Enfants du Paradis" refers to the highest theatre balcony where the lower classes sat to watch the shows and shouted praises or displeasure to the actors. Marcel Carne directed this film that made Truffaut so envious.

It often makes lists of the best French films ever made.
2. Despite the title, little of this five-hour film takes place in this year. What Italian film follows decades in the lives of men from different social classes as their country experiences upheaval?

Bernardo Bertolucci directed this 1976 film starring Robert de Niro and Gerard Depardieu. Two boys born on the same day, one to wealth and one to poverty, grow up as friends but get caught up in decades of Italian history. There are multiple versions; the shortest runs two and a half hours while the longest lasts over five.
3. "The Emigrants" and its sequel "The New Land" both pass the three-hour mark. These films, starring Max von Sydow and Liv Ullmann, follow a group emigrating to the U.S. from which country?

Released in 1971 and 1972, these films chart why Swedish farmers in the 19th century leave their homes and cross the ocean to the U.S. "The Emigrants" shows crop failures, deaths, and a perilous ocean crossing, and ends with von Sydow's character claiming a piece of land in Minnesota. "The New Land" shows the various hardships the group members endure while trying to succeed far from home.
4. This early Oscar winner for Best Picture is based on the life of a famous showman. What U.S. 1936 film just squeaks past three hours?

William Powell stars as Ziegfeld, creator of the Ziegfeld Follies. The film follows his successes and failures in showmanship and love. One of his loves is Billie Burke, who was not played by the real Burke because she was not considered a big-enough star at the time. The first half of the film ends with a spectacular two-shot musical number on a massive rotating set piece.
5. "The Travelling Players" is a retelling of the ancient "Oresteia" plays, as well as a four-hour trip through the modern history of which country?

This 1975 film from Theodoros Angelopoulos was made during a totalitarian regime in Greece but was not released until after democracy returned to the country. Most of the characters have the same names as characters from Aeschylus' "Oresteia" trilogy and follow those characters' general storylines, though they have been adapted to fit into Greece's oppression by a dictatorship, war against Italy and the Nazis, and the 1940's civil war. According to the book "1001 Films You Must See Before You Die", there are only eighty shots in the film.
6. This Polish film about the 17th century invasion of Poland by Sweden is based on the second book of a Polish literary trilogy called "The Trilogy". It is also over four and a half hours long. Don't get swamped trying to figure it out. What's it called?

The other two books, written by Henryk Sienkiewicz, have also been made into the movies: "With Fire and Sword" and "Colonel Wolodyjowski". Neither top three hours. This 1974 film directed by Jerzy Hoffman follows a man during the invasion of the 1650s, called the Deluge, as he gets into and out of much trouble and tries to marry a woman.

The other options are also over three hours long, with the documentary "Shoah" lasting more than nine hours.
7. "Ludwig" is a four-hour, 1973 co-production between Germany, France, and Italy. Which Ludwig is in the spotlight?

Luchino Visconti's film covers the life of "Mad" King Ludwig, who reigned in the 19th century in Bavaria. Real-life figures like his cousin Empress Elisabeth and Richard Wagner make appearances. The full film runs four hours while an edited version lasts just under three hours.
8. Famous for a long action scene in a bamboo forest, which three-hour Chinese/Taiwanese film from 1971 is a classic example of the wuxia genre?


Answer: A Touch of Zen

Wuxia stories have existed for over 2000 years, and wuxia films go back to the 1920s. Other wuxia films include "Crouching Tiger, Hidden Dragon", "Hero", "Jade Warrior", "The Bride with White Hair", and "Kung Fu Panda". "A Touch of Zen" is based on the story "Xianu".

The protagonist Gu meets a warrior woman and becomes a fighter himself in this movie that weaves elements of action, romance, ghost stories, feminism, and Buddhism.
9. "Jodhaa Akbar" is an historical epic set in India. And epic it is--it takes three and a half hours to watch. Does it contain any songs sung by the characters?

While it isn't a full musical, this 2008 Hindi film contains a few songs, including one over a massive dance number with hundreds of dancers. Emperor Akbar marries Jodhaa, a Raja's daughter, in an attempt to ensure peace. He is Muslim and she is Hindu, and romance slowly develops amid other complications, including battles, assassination attempts, religious clashes, and infidelity accusations.
10. Three movies that pass the three-hour mark comprise a trilogy directed by Masaki Kobayashi. "No Greater Love", "Road to Eternity", and "A Soldier's Prayer" make up which film series?

The first two films in this Japanese trilogy came out in 1959 while the third was released in 1961. They follow a Japanese man who attempts to retain his humanity and compassion during and after WWII. He endures war and time as a POW to the Soviets. It would take you over nine and a half hours to watch all three. Quite a marathon.
Source: Author Caseena

Related Quizzes
1. Follow the Yellow Brick Bride Easier
2. Movie Pairs Easier
3. Who Was That...? Easier
4. It's Past Your Bedtime Easier
5. Once Upon A Time... Average
6. Movies on My Shelf Easier
7. Lie Or Die Average
8. Frankly My Dear, I Don't Give a Quiz Average
9. Movie Star Roles that Almost Happened, Part 4 Average
10. Where's the Intermission? Average
11. Your Name Sounds Familiar... 2 Average
12. Four Word Movie Titles Average


Other Destinations
Explore Other Quizzes by Caseena