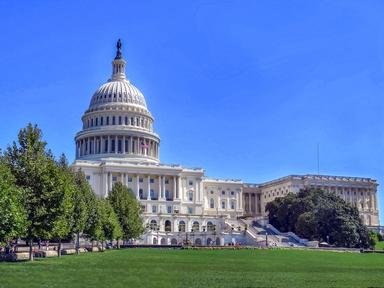 The Fate of Impeachment Republicans Quiz

The 2022 US primaries revealed the fate of the Republicans who voted to impeach Donald Trump. Can you sort out who finished where?

Cheney, the daughter of former vice president Richard Cheney, was soundly defeated by Harriet Hageman in the August 16, 2022 primary by a 66 to 28 percent margin.

Cheney was first elected to Congress in 2016. She rose quite rapidly, becoming Chair of the House Republican Conference in 2019. She was stripped of her position due to her opposition to Donald Trump and her questioning the Trump administration as a member of the January 6 Commission.
2. Peter Meijer (MI)

Meijer, the scion of the grocery store family, was elected in 2020 when Justin Amash (another critic of Donald Trump) left office. Voting to impeach Trump was one of Meijer's first votes.

Beutler was first elected to Congress in 2010. She was defeated by Trump endorsee Joe Kent and Democrat Marie Gluesenkamp Perez in the August 2022 primary. She finished third to Perez (31 percent) and Kent (22.8 percent). Beutler finished 1059 votes shy of making the November ballot.
4. Tom Rice (SC)

Rice was first elected to Congress in 2012. He lost to State Representative Russell Fry in the June 14, 2022 primary 51 to 24 percent. Trump crowed about Rice's loss the day after the election. Rice has made no apologies about holding Trump accountable for his actions on January 6, 2021.
5. Adam Kinzinger (IL)

Kinzinger was one of two Republicans named to the January 6 committee, along with Cheney. He was first elected in 2010 and was generally among the few moderates in the Republican Caucus. Kinzinger's district was redrawn so that he would have had to compete against Rep. Darrin LaHood, and Kinzinger announced that he would not be running for re-election at the end of October 2021.
6. Anthony Gonzalez (OH)

Gonzalez was elected to the House in 2018. Before getting into politics, he was a wide receiver for the Indianapolis Colts (2007-11). He does have an MBA from Stanford. In September 2021, Gonzalez announced he would step down at the end of his current term. Hardcore Trump supporter Max Miller announced that he would run to replace him.
7. Fred Upton (MI)

Upton was the veteran of the anti-Trump Republicans. He was first elected in 1987 and holds the distinction of being the only US Representative to vote to impeach two presidents: Bill Clinton in 1998 and Trump in 2021. In April 2022, Upton announced he would not be running for re-election. Rep. Bill Huizenga is likely to take up much of what was Upton's district following re-districting.

And yes, Fred is related to supermodel Kate Upton. She is his niece.
8. John Katko (NY)

Rep. Katko was elected in 2014. During the Trump administration, he was a fairly consistent vote against Trump administration policies (among a handful of Republicans). Katko, whose district was substantially redrawn and moved much farther west, announced he would not run for re-election in January 2022.
9. Dan Newhouse (WA)


Answer: On the Ballot in November

Dan Newhouse managed to survive the Trump purge and was scheduled to face off against Democrat Doug White in November 2022. In Washington's all-way primary on August 9, Newhouse received 25.5%, White got 25.1 percent, and Trump-supported candidate Loren Culp got 21.6 percent.

Newhouse was in the Washington state legislature and headed up the state's Department of Agriculture before being elected to Congress in 2014.
10. David Valadao (CA)


Answer: On the Ballot in November