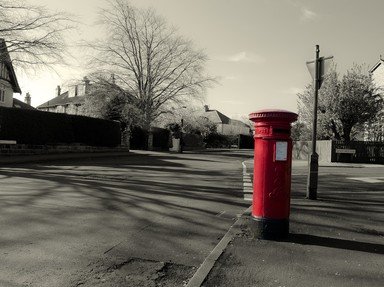 Beginning with an animal name, drop a letter for each clue, and then work your way back up to a different animal name.

Quiz Answer Key and Fun Facts
1. Six Letters - Animal from the family Leporidae that is popular during Easter.

Interestingly, rabbits are incapable of vomiting due to the makeup of their digestive system. So I guess that means Bugs Bunny never has to worry about tossing his cookies on a roller coaster right?
2. Five Letters - The chief religious official of a synagogue.

Barbs on a fishing hook make extraction from the victim's flesh a very painful experience. Kind of like what listening to the Beach Boys' song "Barbara Ann" feels like. Just kidding.
4. Three Letters - A tavern.

Bars are often named because of the clientele they attract, such as a biker bar, sports bar, or singles bar.
5. Two Letters - Chemical symbol for rubidium

Rubidium was discovered in 1861 by Robert Bunsen and Gustav Kirchhoff, and its main use has been in research and development for chemistry and electronics.
6. -Now work your way back up- Three Letters - A Confederate soldier (short for rebel).

A Confederate soldier was often known as a Johnny Reb, while their Northern counterpart was nicknamed Billy Yank.
7. Four Letters - Without covering or clothing.

Bare is also the name of an album by Annie Lennox and a district in Ethiopia.
8. Five Letters - The growth of hair on the face of a man.

Did you know that the study of beards is called pogonology? I am just not sure what there is to study about beards.
9. Six Letters - Staple foods that are kneaded, shaped into loaves, and baked. (Plural)

In addition to being a food, bread is also the name of a band, a British sitcom, and a slang term for money.
10. Seven Letters - Carnivorous burrowing mammals of the family Mustelidae with short legs, long front claws, and a heavy coat. (Plural)

Badgers are the largest indigenous carnivores in Great Britain, though they certainly are not the best looking! I hope you enjoyed the quiz.
Source: Author zh1322 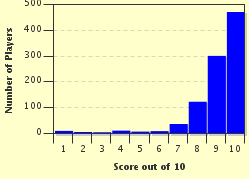 
Other Destinations
Explore Other Quizzes by zh1322