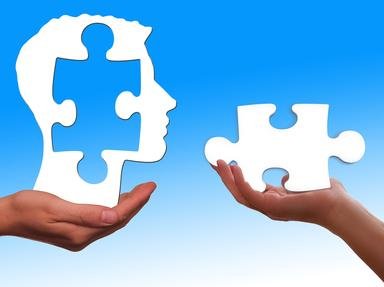 Hopefully you and I can work together to make this work. Have fun.


Answer: Throw under the bus


Answer: Fly off the handle

Flying off the handle is an American idiom for losing one's temper.
3. E V I G THE GHOST


Answer: Give up the ghost

Giving up the ghost is an American slang expression to mean dying, or the ending of clinging to life by a dying person.
4. T H R O W THE GAUNTLET


Answer: Throw down the gauntlet

In medieval times, one knight would challenge another by taking off his glove, called a gauntlet, and throwing it on the ground. Picking up the gauntlet would be accepting the challenge.
5. SMOUPKE


Answer: Up in Smoke

Cheech and Chong's movie "Up in Smoke" may have been a harbinger for things to come, as 13 US states had some form of legalized marijuana by 2014, mostly in the form of medical marijuana, while two states, Washington and Colorado, had legalized recreational use.
6. DADANCINGRK


Answer: Dancing in the Dark

The 1984 release from the album "Born in the USA," this hit was Bruce Springsteen's top single, hitting "Billboard's" number one position, and won the Boss his first Grammy.
7. JUNDOWNGLE


Answer: Down in the Jungle


Answer: The Devil Went Down to Georgia

The 1979 release was probably Charlie's best-known song and hit number one on the Hot Country Singles list in August of 1979.
9. THEPEACEVALLEY


Answer: Peace in the Valley

In addition to being a well-known gospel song of its own, "Peace in the Valley" is also the 2000 release of a three-CD box set of "the complete collection" of 87 gospel songs recorded by Elvis Presley. The original song was written in 1937 by Thomas A. Dorsey (not Tommy Dorsey) for Mahalia Jackson. Dorsey (1899-1993) was known as the Father of Gospel Music. Dorsey's "Precious Lord" was a favorite of both Dr. Martin Luther King, Jr. and President Lyndon B. Johnson, and was played by request at both men's funerals.
10. CL LEAF

Did you ever notice that there aren't very many three-leaf clovers on the American interstate highway system? And, of course, it was the THREE-leaf clover that St. Patrick used as a symbol of the Trinity.
Source: Author shvdotr 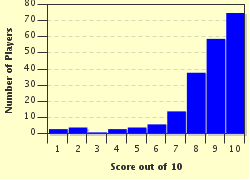