Since my first "Famous Missourians" quiz did so well, I thought I'd make a sequel. Perhaps this quiz will follow the cliche that most sequels are better than the original! :) Enjoy!

Quiz Answer Key and Fun Facts
1. I am a famous sports player who was born in 1925 in St. Louis, Missouri. I have a cartoon character named after me. From 1977 to 1987, my son, Dale, played the position of shortstop for the Pittsburgh Pirates, New York Yankees, and Houston Astros and my son, Tim, played for the New York Jets. Just remember, "It ain't over 'til it's over!" What's my name?

His star on the St. Louis Walk of Fame is located at 6322 Delmar and he received it on May 17, 1992.
2. I not only proved other galaxies existed, I also proved galaxies move apart from one another. An orbiting space telescope was named after me. What is my last name?

Born to John Powell Hubble and Virginia Lee James, Edwin Hubble was born in Marshfield, Missouri, on November 20, l889. In l910, Edwin received his B.S. degree from the University of Chicago, and was also awarded a Rhodes Scholarship, under which he read Roman and English Law at Queens College in Oxford.

In l913, Edwin passed the bar examination and practiced law for a year in Louisville, Kentucky. In l914, he returned to the University of Chicago for postgraduate work and received his doctoral degree in astronomy.

He began working at the Mount Wilson Observatory in 1917. He enlisted in the Army and fought in World War I. In 1919, he returned to the observatory and remained there until 1946. On February 26, 1924, Edwin married Grace Burke, only to return to the armed forces to help fight in World War II. During his years at the observatory, Edwin proved an expanding universe, which provided the foundation for the Big Bang theory. On September 28, l953, Edwin passed away. For his huge progress in his space studies, NASA named the world's first space-based optical telescope after him.
3. I was born in St. Joseph, Missouri in 1916. I have been given the title, "Most Trusted Man in America". I will now end my clue with my trademark sign-off, "And that's the way it is." Who am I?

Walter Leland Cronkite Jr. was born on November 4, 1916 to Walter and Helen Cronkite. For 11 years (1937-1948) Walter was a war correspondent for the UPI, (United Press International). In 1940, he married his only wife, Betsy Maxwell. Together they have three children, Nancy, Mary and Walter Leland III.

The television station, CBS, hired Walter in 1950 and while working for CBS, he covered numerous major news headlines including John F. Kennedy's assassination, the Vietnam War and man's first landing on the moon. Until 1952, he hosted news segments on "CBS Up to the Minute". From 1953 until 1957, he hosted, "You Are There", and for 13 years, you were able to hear his voice as he narrated, "The 20th Century", (the name changed to "The 21st Century" in 1967). Walter has won awards for his work including numerous Emmys, Cable ACE Awards, and a Golden Globe. Walter was inducted into the Hall of Famous Missourians on March 8, 1999.
4. I was born in the year 1853 and was not like the ladies of my generation. I wore men's clothes, used foul language and chewed tobacco. I am known as the "White Devil of the Yellowstone". Who am I?

Calamity Jane, was born Martha Jane Canary, in Princeton, Missouri, on May 1, 1853. She was the oldest of five children, (two brothers, and three sisters). In 1865, she and her family moved to Virginia City, Montana. After her mother's death in 1866, Martha Jane left Virginia and headed for Utah. She arrived in Salt Lake City and remained there until 1867, when her father died. She then headed to Wyoming. In 1870, she joined General Custer as a scout at Fort Russell. In 1872, she received the nickname, "Calamity Jane", when she rescued her superior, Captain Egan, from an ambush. In the spring of 1876, she was ordered to meet the Generals at Big Horn river. During her time there, she contracted a severe illness and was sent to the hospital. Once she was healthy again, she headed back to Fort Laramie, where she met James Butler Hickock, better known as Wild Bill. During the month of June, she was a pony express rider carrying the U.S. mail between Deadwood and Custer.

She claims to have been married to Wild Bill and that he was the father of her child, who was born in 1873, and was given up for adoption. In 1878 Jane nursed the victims of a smallpox epidemic in the Dakota territories. She remained with General Custer for many years until the summer of 1884, when she headed for Texas. When she was in El Paso, she met Clinton Burk, whom she married in August of 1885. On October 28th, 1887, she became the mother of a baby girl.
5. In 1901, I was born in Chicago, Illinois. My family and I moved to Marceline, Missouri, when I was a young boy. Before I was sixteen, my family moved to another part of Missouri, Kansas City. My talent was artistic drawing and my face was pictured on a U.S. postal stamp in September 1968. To this day, you still hear my name on TV and in film. Who am I?

Walter Elias Disney was born on December 16, 1901, in Chicago, Illinois to Elias and Flora Call Disney. After Walt's birth, the Disney family moved to Marceline, Missouri. A few years later, his family moved to Kansas City, Missouri. Walt's mother and older brother, Roy, were very supportive in his choice in a career, and after returning from France, after serving with the Red Cross, he started a small company.

After it's failure, Walt headed for Hollywood. While in Hollywood, he made a name for himself with "The Alice Comedies", but didn't receive stardom until he introduced the world to his creation, Mickey Mouse. On July 13, 1925, Walt married his first and only wife, Lillian Bounds.

Their child, Diana, was born on December 18, 1933, and later, they adopted a girl they named Sharon. On December 15, 1966, Walter Elias Disney passed away, just after his 65th birthday. Walt's star on the Hollywood Walk of Fame for movies is located at 7021 Hollywood Blvd, and his star for television is located at 6743 Hollywood Blvd.

He was inducted into the Hall of Famous Missourians on May 12, 1993.
6. I was born in West Plains, Missouri in 1925. I grew up being called Richard Wayne, (although you probably know me as something else). Who could I possibly be?

Richard Wayne Van Dyke was born in West Plains, Missouri, on December 13, 1925. His younger brother, Jerry, (also an actor), was born on July 27, 1931, in Danville, Illinois. Dick starred in numerous roles before making it big in the play, "Bye Bye Birdie".

He also won a Tony award in 1960 for Best Actor in a Musical, for "Bye, Bye Birdie". He won another Emmy in 1977 for Outstanding Comedy-Variety or Music Series for "Van Dyke and Company".
7. If I were to call you on the phone, perhaps you would mistake me for a man because of my deep, husky voice, but I assure you, I am all woman. A woman who was born in Springfield, Missouri in 1954. In fact, because of my voice, I was able to portray the role of a man playing a woman in a hit TV show. What is my last name?

Mary Kathleen Turner was born on June 19, 1954 in Springfield, Missouri. Her father, Richard Turner, was once a foreign-service diplomat and was imprisoned by Japanese for four years during World War II. She grew up with two brothers and a sister. She attended Southwest Missouri State University before tranferring to the University of Maryland, where she earned a B.F.A.

She has been married to her current husband, Jay Weiss, since 1984, and together, they have a daughter, Rachel Ann, born on October 14, 1987.

The role of a man playing a woman? Her role as Chandler's dad, Charles Bing aka "Helena Handbasket" on "Friends".
8. Yes, it's true, I am not a native Missourian because I was born on December 13th in Shawnee, Oklahoma, but I swear, I was raised in Missouri. I have one of the most beautiful wives a man could ask for. She is truly, my best friend. What's my last name?

William Bradley Pitt was born on December 13, 1963 in Shawnee, Oklahoma, but he and his family, (his father Bill, his mother, Jane, his brother, Doug, and sister, Julie), moved to Springfield, Missouri when he was little. He graduated from Kickapoo High School in Springfield, Missouri and then went on to attend the University of Missouri in Columbia, Missouri, where he majored journalism but dropped out with just two credits short of his degree. Along his list of many roles he has portrayed, Brad has also appeared in Japanese commercials for many different products. Once engaged to the actress, Gwyneth Paltrow, he married Jennifer Aniston on July 29, 2000.
9. Cedric the Entertainer is a native of Missouri.

Cedric Kyles was born in Jefferson City, Missouri on April 24, 1964. He attended Southeast Missouri State University, where he majored in Communications and became a member of the Kappa Alpha Psi Fraternity, Incorporated. He got married on September 3, 1999, to Lorna Wells. Together, they have two children, Croix, and the most recent addition, Lucky Rose, (born in 2003).

He has another daughter, Tiara, from a previous relationship.
10. From a list of the many talented rappers from Missouri, I chose one. This rapper originally hails from Kansas City, Missouri. He was born in 1972 and his albums have sold millions worldwide. Who is this "one-name" rapper/composer?

Marshall Bruce Mathers III was born on October 17, 1972, in Kansas City, Missouri. (He has a younger half-brother named Nathan, born in 1986). When Marshall was 12 years old, he and his mother, Debbie, moved to Detroit. It took awhile before he finally made a name for himself in the rap industry. On June 14, 1999, he married his first wife, Kimberly Ann Scott.

They had a daughter together, Hailie Jade, born on Christmas Day in 1995. Eminem and Kim were divorced on October 11, 2001. Eminem first released the album, "Infinite", which wasn't a success, but since then, Eminem has had better luck.

He released the "Slim Shady EP", then the "Slim Shady LP", the "Marshall Mathers LP", and "The Eminem Show", all of which sold millions of copies. In 2003, Eminem won an Oscar for Best Music, Original Song, for the song, "Lose Yourself" from his 2002 film, "8 Mile". "Lose Yourself" was also nominated for a Golden Globe for Best Original Song - Motion Picture and a Grammy for Best Song Written for a Motion Picture, Television or Other Visual Media. Eminem also won 2 MTV Movie awards, one for Best Male Performance and one for Breakthrough Male Performance, both for his role as Jimmy "B-Rabbit" Smith Jr. in "8 Mile".
Source: Author NalaMarie 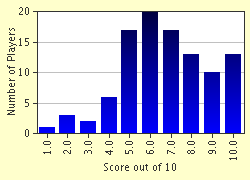