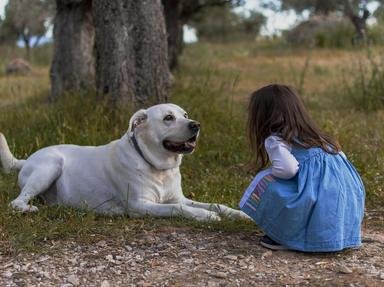 How much do you know about Australian Animals for Kids? | Quiz

Australia is full of wonderful creatures, big and small. Can you name them? Good luck!

Quiz Answer Key and Fun Facts
1. This unusual Australian creature lives in water and on land. The male has a pair of spurs behind its leg which can produce venom. What is this animal?

The platypus is a monotreme, which means it is a mammal that lays eggs. It is the animal emblem of New South Wales and you can find one on an Australian 20 cent coin. When it was first discovered by Europeans, a sketch of one was sent to England. The English scientists first thought it wasn't real, and they would not believe that it existed until they saw a live one.
2. This is the largest bird native to Australia. It cannot fly and it cannot move backwards. They can be farmed for meat, oil and leather and they are very closely related to cassowaries. What is this bird?

The emu was chosen as one of the two animals on the Australian coat of arms because it cannot move backwards, symbolising that Australia is a forward moving country. Emus live all over Australia except for Tasmania.
3. This marsupial can only be found in Tasmania. It is a carnivore, which means it only eats meat. What is this animal?

Tasmanian devils are loud, but small. Despite its small size, it is the largest surviving carnivorous marsupial in Australia. They are endangered, which means there aren't many left in the wild. The Looney Tunes character Taz is a Tasmanian devil.
4. This marsupial is perhaps the most well known Australian animal. It has a large tail and its baby is called a joey. What is this animal?

Kangaroos hop everywhere and they have a pouch to keep their babies safe. They are herbivores, which means they only eats plants and vegetables. They love to box and they can sometimes attack humans. They are often hit by cars by accident and they can be found on the Australian 1 dollar coin.

A kangaroo is on the Australian coat of arms along with the emu because neither of them can move backwards. There are many different types of kangaroo, such as the eastern grey kangaroo and the red kangaroo.
5. This curious creature looks like an anteater with spikes on its back. These animals are monotremes, which means they are mammals that lay eggs. What is this animal?

Echidnas are small, spiny creatures which are named after a monster in Greek mythology. They can also be found in New Guinea. They eat ants and termites, which they catch using their long, sticky tongue. Their spines act as protecting from the creatures that try to eat them.

When it feels it is in danger, it curls up into a ball with the spines facing outwards. There are many different types of echidna, such as the western long-beaked echidna and the Sir David's long-beaked echidna.
6. This marsupial digs burrows to live in. Their pouch faces backwards so that when they are digging the babies don't get dirt all over them. What is this animal?

Wombats are short legged creatures that are strong enough to knock an adult human to the ground. Early settlers used to call them badgers because of the size and habitat of this creature. They have quite a large brain, unlike most Australian marsupials.

The frilled neck lizard lives in hot places of Australia, which means they live all over northern Australia. The frill is to make it seem bigger and to scare off predators. It is a very fast runner and it runs on two legs. A frilled neck lizard appeared on the Australian 2 cent coin, before they stopped making them. They eat all types of small insects and they lay about 15 eggs.
8. This bird is famous for its territorial cry, which makes it sound like it's laughing. What is this loud bird named?

The indigenous people of Australia believed that if a child insulted a kookaburra, they would grow an extra tooth. They also believed that the kookaburra was told by one of their gods to laugh during the sunrise so that mankind would not miss it. Kookaburras are from the kingfisher family and they eat snakes, insects, small reptiles and the young of other birds.

They are dark-brown with spots of white. They sometimes fly into farms and eat one of the baby ducklings or chicks, which farmers don't like.
9. These small, cuddly creatures are loved by everyone. They rarely drink water, because the special leaves they eat provide water for them. What is the name of this animal?

Koalas are often thought of as bears, but they aren't bears at all. They are marsupials and they are herbivores, which means they only eat plants. They can be found in Queensland, New South Wales, South Australia and Victoria. Eucalyptus leaves are the only things koalas eat. They are almost always up trees and they sleep for up to 18 hours every day!
10. The male of these copycat birds has an amazingly beautiful tail. They can mimic anything in their environment, like cameras and chainsaws. What is the name of this magnificent bird?

The lyrebird is a truly remarkable bird named after a musical instrument, which the male's tail looks like. There are two types of lyrebird, the superb lyrebird and the Albert's lyrebird. The Australian 10 cent coin has a lyrebird on it. Lyrebirds are shy, running away quickly when they feel they are in danger. They live in rainforests in New South Wales, Victoria and Tasmania.
Source: Author Redwallcrazy 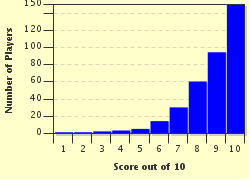 
Other Destinations
Explore Other Quizzes by Redwallcrazy

More Where They Live Quizzes