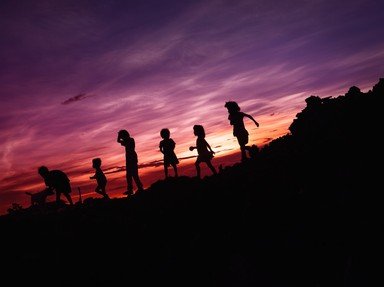 For all fans of the series 'Doraemon' out there - how well do you know it? Let's see if it's your cup of tea.

Quiz Answer Key and Fun Facts
1. In the 22nd century, who owns Doraemon?

Sewashi chooses to own Doraemon in the 22nd century. To make his great-great-grandfather Nobita's future better, he sends Doraemon to the 20th century. He regularly helps Nobita in daily life.
2. What is the surname of the sidekick to the main antagonist of the show, Jaian?

Suneo Honekawa, assistant to Jaian, is a rather sly boy who enjoys showing off. Most of his friends feel jealous of his belongings and despise his mentality. He is portrayed as a rather weak sidekick, only offering help to Jaian for personal gain.
3. Doraemon's Dokodemo door is blue in colour.

The Dokodemo door is a doorway which leads the traveller to almost any place at any time. It is pink and rectangular and a very old model, often creating problems for the gang.
4. In which of the following is Nobita a natural ace?

Nobita, who is weak in almost everything, has only two natural talents- shooting and cat's-cradle. He always wins shooting competitions among friends and is proud of the fact. Cat's-cradle, though, is one of his hobbies which his friends don't really have an interest in.
5. What is Jaian's real name?

Takeshi Goda is called by the name 'Jaian' because of his giant physique. He is almost always shown as wearing an orange t-shirt.
6. Doraemon's sister Dorami has an unnatural fear of what?

While Doraemon is shown fretting at the sight of rats scurrying, his sister is afraid of cockroaches. Such instances in the show often bring out hilarious comedy.
7. The top student of the class is Dekisugi.

Hitedoshi Dekisugi always tops the scores and likes to discuss things with Shizuka. This, however, brings out envy and anger in Nobita.
8. What gadget does Doraemon commonly use to propel him into the sky?

The bamboo-copter is worn usually on the head and has a button to turn it on and off. It is run by battery which makes it go off at the moment it is most required.
9. Nobita's paternal grandmother is alive.

Nobita, who loves his paternal grandmother very much, loses her when he is still a kid. In many episodes, he is seen travelling back in time to meet his grandmother when he has any problems.
10. Who was Nobita originally supposed to marry?

Nobita's future originally contained Jaiko's marriage to him. When Doraemon comes to the 20th century, Nobita freaks out so much because Jaiko is a fat and ugly girl and Jaian's sister. Doraemon comforts him saying that he can help him improve his future.
Source: Author kireeti 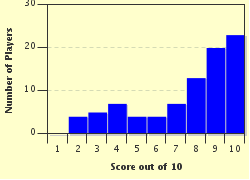 
Other Destinations
Explore Other Quizzes by kireeti

Go to TV for Kids Quizzes