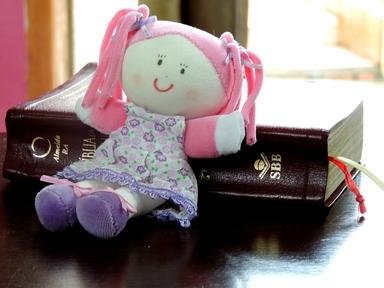 Jacob and Esau were two brothers in the Bible. Do you know their story?

Quiz Answer Key and Fun Facts
1. Isaac and Rebekah prayed for children. What was special about Jacob and Esau when they were born?


Answer: They were twins, but looked completely different.

Before the boys were born, their parents were very sad they could not have kids. Isaac prayed for God to bless them with children, and God did.

God told their mother Rebekah that both boys would become great leaders of nations when they grew up. (Genesis 25:19-27)
2. Esau was the firstborn, which meant he would get everything his father had when his father died. What did he sell his inheritance to Jacob for?


Answer: a bowl of food

Jacob and Esau were as different and night and day. Jacob was a good cook and Esau was a great hunter. However one day Esau came home hungry and tired. Jacob was cooking a big pot of delicious stew that smelled so good. Jacob was sneaky and told his brother he could only have some if he gave up his birthright.

A birthright was very special because they would become leaders of the family and get the most stuff when their parents died. Esau angrily gave it to his brother because he was afraid he would die if he didn't eat something. (Genesis 25:29-34)
3. When Jacob's father was about to die, he told Esau to do something special before he blessed him. What did Jacob and his mother do while Esau was hunting?


Answer: His mother fixed a meal and dressed Jacob up in goat's skin.

Jacob and Esau's parents each had a bad case of favoritism. Isaac wanted to bless Esau because he was the oldest child, but Rebekah wanted him to bless Jacob. The son who got the blessing would get everything the family had plus God's favor.

Isaac told Esau to go prepare a meal for him. While Esau was out hunting, Rebekah cooked a different meal and dressed Jacob up in goat's skin. Isaac was very old and could not see. When Jacob came in with the meal, Isaac felt his skin, thinking hairy skin would prove it was Esau. He blessed Jacob by mistake. Jacob left with everything. (Genesis 27)
4. Esau was very angry when Jacob received the blessing. What did he promise to do to Jacob that caused Jacob to run away?


Answer: He promised to kill him.

Esau returned to his father to find that his father had already given his blessing to his brother. He begged his father to bless him with something, but Isaac had given Jacob everything. Esau left his father's tent super angry. He promised to kill Jacob when he found him. Their mother overheard and sent Jacob away to his uncle where she thought he would be safe. (Genesis 28)
5. Jacob ran away to his uncle Laban's house. What job did he do for his uncle?


Answer: He became a shepherd.

Jacob became a shepherd and took care of his uncle's sheep for fourteen years. During that time Jacob fell in love with his uncle's daughter, Rachel. His uncle told him that if he worked for seven years, he could marry her. (Genesis 29)
6. Jacob's uncle was kind but very dishonest. Jacob married two wives because his uncle tricked him.

Jacob's uncle was a clever man and a good cheater. Jacob worked seven years to marry his uncle's daughter Rachel. However on the wedding night, his uncle switched ladies. Jacob didn't realize until later that he had married Rachel's older sister. His uncle told him he would have to work another seven years to marry Rachel. Jacob got a taste of his own trickery, but worked seven more years to get the bride he loved.

In the end, he had two wives, and many children. (Genesis 29-30)
7. Jacob decided to leave his uncle's place when his wife Rachel had her first baby. What did Jacob name this son because God had made him "fruitful"?

Even though Jacob had been treated very badly by his uncle, God blessed everything that he did. God gave Jacob animals, wives, and children. Jacob decided it was time to pack up with Rachel had a son. He named him Joseph because God had made him "fruitful" in the land of strangers. Jacob took his family and headed back to his father's home. (Genesis 30:25)
8. Jacob heard that his brother Esau was coming to meet him. What did Jacob do with his family?


Answer: He separated them in case something bad happened.

Jacob divided his family in half because he was afraid that Esau would do something bad to them. Jacob knew that he had made many mistakes and did not want his family to be harmed for them. After he separated his family, Jacob prayed to God for protection and set gifts aside for his brother. (Genesis 32:1-21)
9. The night before Esau arrived, Jacob wrestled with an angel. What did Jacob want the angel to do for him?


Answer: He wanted the angel to bless him.

During the night, Jacob grabbed an angel and refused to let him go. Jacob wanted a blessing. However the angel could not bless Jacob because he was a cheater. Even Jacob's name meant "Cheater". So the angel changed Jacob's name from "Cheater" to Israel, which means "Prince". (Genesis 32:22-32)
10. Although Jacob was scared at what would happen when he saw his brother, he went out to meet Esau. What happened when Esau came to his brother Jacob?

Jacob was scared that his brother was going to kill him for all the terrible things that he had done. However when Esau came to Jacob, he gave him a great big hug. Both brothers held each other and cried. They forgave each other after years of hurt. Afterwards Jacob and Esau introduced each other to their families, wives, and kids. 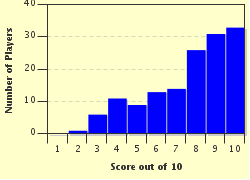 Go to Bible for Kids Quizzes