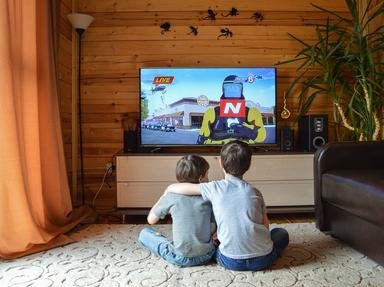 A quiz about the kids' show "Oswald" on Nick Jr.

Oswald wears a black derby hat. He tips his derby to you when he knows you're visiting.
2. Who is Oswald's penguin friend?

David Lander, who played Squiggy on the sitcom "Laverne and Shirley", lends his voice to Henry, a particular penguin who is Oswald's best friend.
3. Daisy is a friend of Oswald's; what is Daisy?

Daisies are known as the Gerbera flower. Little-known trivia: Gerberas were first imported to Europe in the 19th century.
4. What is the name of Oswald's dog?

Laraine Newman, one of the original cast members on "Saturday Night Live", is the voice of Madame Butterfly on "Oswald". She runs the Big Diner and cares for her daughter, Catrina Caterpillar.
6. On the show, Oswald has some friends that are twins, what are they called?

The Egg Twins are not main characters but have been on quite a few times.
7. What does Johnny the Snowman sell?

Oswald and Weenie enjoy the yummy swizzleberry swirl and vanilla dog biscuit in one episode.
8. What number is the same as how many legs Oswald has?

The largest and smallest octopuses are found off the United States. The largest is the North Pacific Octopus that may grow to over 30 ft and weighs more than 100 lbs. The smallest is the Californian which only reaches 3/8" to 1" in length.
9. What city do Oswald and his friends live in?

Big City is where they all live. He mentions the city's name quite a lot.
10. What color is Oswald?

Oswald, the loveable big blue octopus, is brought to life by the voice of Fred Savage, well known for his role as Kevin Arnold on the television series "The Wonder Years" as well as films such as "The Princess Bride" and "Vice Versa".
Source: Author kkevcamsmom 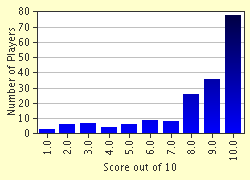 
Other Destinations
Explore Other Quizzes by kkevcamsmom

Go to TV for Kids Quizzes