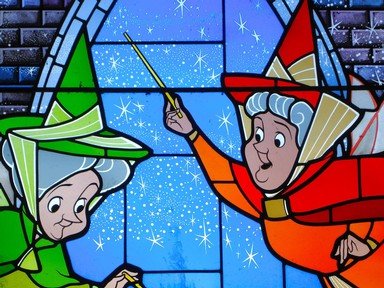 Who Am I? - Disney for Kids Trivia Quiz

This should be a fun quiz for younger Disney fans. Just pick the answer you think is the correct one. Good luck! I am sure you will do great!

Quiz Answer Key and Fun Facts
1. Who am I? I have big, round, black ears. I have a "squeaky" voice and a famous girlfriend. It is said that it all started with me.

Mickey's famous girlfriend is none other than Minnie Mouse!
2. I am covered in white feathers. I always wear a blue navy-like suit and hat. I sometimes have a rather bad temper.

Donald also has a famous girlfriend. Her name is Daisy Duck.
3. I am a good friend of Mickey Mouse. I am a talking dog. I am kind of silly and clumsy.

Goofy has starred in a lot of cartoons. He has a son named Max.
4. I live "under the sea." My biggest dream is to live on land. I love to sing and collect things.

Ariel is from "The Little Mermaid." Two of her best friends are Sebastian and Flounder.
5. I have a mean step-mother and two step-sisters. I got invited to a ball. My fairy godmother helped me get ready for the ball.

Cinderella lost her slipper at the ball and ended up marrying her Prince Charming. She had the happy ending she always wanted.
6. I also had an evil step-mother. I ran away to the forest and ended up living with seven tiny men. In the end, I also met my Prince Charming.

Snow White ate a poison apple that was given to her by her evil step-mother. The prince kissed her and broke the spell from the apple. They lived happily ever after.
7. I live with my father. After he got captured, I took his place to live with the beast. I found a softer side of the beast.

Belle is from "Beauty and the Beast." She found out that the Beast was not a bad person after all.
8. I am "practically perfect in every way." I am a nanny to two children. I get to do some pretty neat things with the children.

Mary Poppins takes care of Jane and Michael Banks. She does some fun tricks to entertain them.
9. I live in a lamp. I grant wishes to my master. I am friends with a magic carpet.

Genie is from the movie "Aladdin." Aladdin finds him in the Cave of Wonders. He is freed at the end of the movie.
10. I am the man responsible for creating a lot of the characters in this quiz. My dreams came to life in several theme parks.

Walt's dreams have created a lot of fun and fantasy for children of all ages. He will live on in all of our hearts for a long time.
Source: Author MAE5377 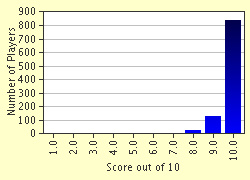 Referenced Topics
Movies   For Children   Who Am I?   Names   Blue   The Color Black   Disney Channel Trivia   Poisons   White   The End


Other Destinations
Explore Other Quizzes by MAE5377