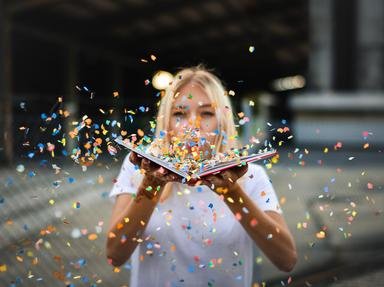 You can learn a lot from pub signs, with some well-chosen photographs and a little imagination!

Quiz Answer Key and Fun Facts
1. A popular pub name in England is The King's Head. Which monarch, notorious for arranging for two of his six wives to have their own heads removed, is depicted on this sign?

Naming a pub after royalty was a popular way of demonstrating the owner's loyalty to the monarchy, and a generic name like The King's Head meant there was no need to change it when a new monarch took the throne (unless she was a Queen, of course). For painters of modern King's Head pub signs, Henry VIII is a popular choice, as he is one of the few monarchs whom the average British pub-goer stands a fair chance of recognising.

The sign seen here is outside a pub in Ongar, Essex.
2. This pub sign depicts a vessel known as a yard glass, which when full of beer becomes a yard of ale. In imperial pints, how much liquid does a traditional yard glass hold?


Answer: Two and a half

A traditional yard glass takes its name from its length of around three feet (a yard). The earliest records of such glasses date back to the seventeenth century. You may see a yard glass hanging behind the bar in some English pubs, where it is occasionally used for competitions to see who can drink a full yard of ale in the shortest time.

In 1963, a world record of eleven seconds was set by a student at Oxford University named Bob Hawke, who later went on to achieve a different sort of fame by becoming Prime Minister of Australia. A time of 4.9 seconds was later set by the large-throated Peter Dowdeswell, who also holds a huge number of other eating and drinking records.

The sign here used to hang outside a pub in New Street, Birmingham, until it closed in November 2010.
3. This pub sign shows the English J-class sailing yacht Endeavour which was built to compete in the 1934 America's Cup sailing competition. Her original owner, Thomas Sopwith, is perhaps better remembered for his achievements in what field?

The long-lived Thomas Sopwith (1888-1989) founded the Sopwith Aviation Company in 1912, producing the Sopwith Camel fighter plane which became famous for its action in the First World War. After the war, Sopwith founded Hawker Aircraft (later Hawker Siddeley), and was still on their books as a consultant in his early nineties. He was also a keen yachtsman, and came very close to winning the America's Cup in 1934 with his yacht Endeavour.

The pub outside which this sign hangs is in the Eastern Docks area of Southampton.
4. A number of pubs in the eighteenth century were renamed The Duke of Cumberland in honour of the English aristocrat famous for his actions in suppressing the rebellious Scottish Jacobites at the Battle of Culloden in 1746. For his firmness in insisting that the Jacobite leaders were executed, he acquired what nickname?

William Duke of Cumberland (1721-1765) was the third son of King George II. At the Battle of Culloden, he commanded the Hanoverian troops which finally defeated the rebellion of Charles Edward Stuart (Bonnie Prince Charlie) at Culloden. He was welcomed as a hero in London - and also in many parts of Scotland, as by no means all Scots were supporters of the Jacobites. He was also given the more complimentary nickname of "Sweet William", and the plant of that name is thought to have been named in his honour.

This pub can be found in Cottingham, East Yorkshire.
5. The signs for pubs named The Star often show the Star of Bethlehem, leading the Biblical magi to the birthplace of Jesus Christ in Bethlehem. Which of the following is NOT one of the names traditionally given to the magi?

Herod was the King of Judea at the time of Christ's birth, having been appointed to this position by its Roman rulers. Matthew is the only one of the four Biblical Gospels to mention the magi, and does not name them, or indeed say how many there were. Because they are stated to have brought three gifts (gold, frankincense and myrrh), the tradition arose of there having been three of them. The names first appear in the "Excerpta Latina Barbari", translated from a Greek document dating from around 500AD.

This sign hangs outside an establishment in Bow Street, Bolton.
6. Another popular pub name in England is the "Royal Oak". Historically, this is taken to refer to an incident in 1651 during the English Civil war, when King Charles II hid in an oak tree to escape his Commonwealth pursuers. What did King Charles do following this incident?


Answer: He escaped to France

Following the execution of his father, Charles I, in 1649, Charles II and his supporters continued to fight against Oliver Cromwell's Commonwealth troops. But they were decisively defeated at the Battle of Worcester in 1651, and Charles (after a brief sojourn up the oak tree) fled to France. Following the Commonwealth's collapse, he was invited to return to Britain in 1660 to take up his throne.

The oak tree was in the grounds of Boscobel House, Shropshire, the owner of which sheltered Charles and helped him escape from England. By the end of the eighteenth century, the original had been destroyed by souvenir hunters, but a nearby tree is generally claimed to be a direct descendent.

This pub sign can be seen in Snitterby, Lincolnshire.
7. A popular pub name, especially in country towns and villages, is the Bull's Head. In what comic novel of rural life would you find a bull named Big Business, as well as cows named Graceless, Feckless, Pointless and Aimless?

"Cold Comfort Farm" was Stella Gibbons' first novel, and has remained popular since its publication in 1932. Rather to her chagrin, none of her thirty or so subsequent books proved anything like as popular. The book was made into a successful TV film in 1995, starring Kate Beckinsale as the heroine, Flora Poste, and a veritable host of British character actors such as Stephen Fry, Joanna Lumley, Miriam Margolyes and Ian McKellen.

The pub with this sign outside is in Sale, Cheshire.
8. Pubs often take the name of a locally-renowned individual. For example, more than one pub in the New Forest area of England takes the name of Sir Walter Tyrell. For what action is he remembered today?

The story goes that in 1100 Sir Walter Tyrell (alternative spellings include Tyrrell or Tirel) was taking part in a hunting party in the New Forest at which the English King, William II, was present. Tyrell shot an arrow at a stag, but unfortunately his shot went astray, fatally wounding the King instead. Fearing for his life, Sir Walter fled the scene, although apparently no-one seriously took up the pursuit because the late king was unpopular and his death was not much regretted.

Many subsequent theories have suggested that Sir Walter's action may not have been an accident after all - showing that conspiracy theories are by no means a modern phenomenon.
9. This picture shows an interesting woodcut-style representation of a black swan, outside a pub in Newcastle-upon-Tyne. At the 2011 Academy Awards, Natalie Portman won a Best Actress Oscar for her performance in the film "Black Swan".

The 2010 film "Black Swan" was directed by Darren Aronofsky, and starred Natalie Portman as a ballerina driven insane by the need to perform both the White and Black Swans in a production of Tchaikovsky's "Swan Lake". It was nominated for five Academy Awards (Best Picture, Best Director, Best Actress, Best Cinematography and Best Film Editing), and Portman won for Best Actress.

There are a number of pubs called The Black Swan in England, taking their names from the Australian bird of that name, which is a popular ornamental species in the UK.
10. During the nineteenth century, a number of pubs took names celebrating British military victories. In which campaign was the Battle of the Alma a major victory for a joint Anglo-French army?

The Battle of the Alma in 1854 was the first major battle of the Crimean War (1853-56), at which a largely Anglo-French force (with a smaller Turkish contingent) defeated the Imperial Russian Army at the Alma River. Not only were many British pubs renamed in its honour, but Alma as a girls' name became briefly popular. In France, the Pont de l'Alma over the River Seine in Paris was also named in its honour.

The pub with this sign is in Bradshawgate, Bolton.
Source: Author stedman 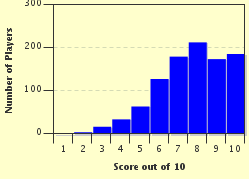 Related Quizzes
This quiz is part of series Stedman's 5 Most Popular Quizzes:

These are the five of my quizzes that have been played the most times. See what you think.