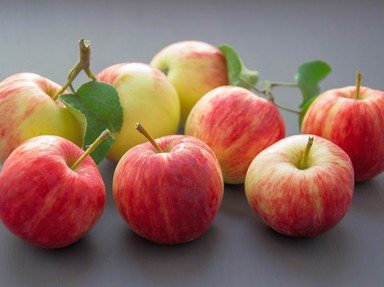 Three of a kind beats two pair but only if you can identify what the three things given in the questions have in common.

Quiz Answer Key and Fun Facts
1. What do the width or breadth of a boat, the nickname of California Governor Jerry Brown, and a children's book about young Albert Einstein and his imagination, have in common?

Of the dimensions of a boat, the width or breadth is called the beam. More precisely, the beam is the widest part of the boat measured at its normal waterline.

Jennifer Berne wrote "On a Beam of Light: A Story of Albert Einstein" (2013) to imagine what it might have been like to be a very young genius beginning to think deep thoughts about the Universe. The book is sensitively illustrated by Vladimir Radunsky.
2. What do the nickel produced in the United States from 1913 to 1938, chicken wings with hot sauce and blue cheese dip, and a 1977 movie in which Wild Bill Hickok and Crazy Horse become partners, have in common?

Known variously as "the Buffalo nickel" and "the Indian Head nickel," the 1912 design of sculptor James Earle Fraser was the five-cent piece of the United States. The obverse was the head of an American Indian, not based on any one real person, and the reverse was an American buffalo. The design was artistically pleasing but the date of minting tended to wear off quickly. The coin was replaced by the Jefferson nickel in 1938.

Buffalo wings take their name from the New York city in which they were invented and not from the anatomy of a bison. Deep-fried and then coated with a sauce made of vinegar, butter and cayenne pepper, they are often served with carrot sticks and celery sticks and blue-cheese sauce for dipping.

In the J. Lee Thompson film "The White Buffalo", Wild Bill Hickcok (Charles Bronson) and Crazy Horse (Will Sampson) join up to kill a white buffalo with dark spiritual powers. The film also stars Kim Novak, Jack Warden and Slim Pickens.
3. What do a female tap-dancing character with red hair and a squeaky voice in "The Rocky Horror Picture Show," an Ivy-League university in Upper Manhattan, and the American television broadcasting network founded by William S. Paley have in common?

Columbia is not one of the visitors from outer space, like her roommate Magenta, but is rather a human groupie who adores Dr. Frank N. Furter. She was played by Australian Laura Campbell (nickname Little Nell) in the 1975 movie.

Columbia University was founded as King's College in 1754. Once located on Madison Avenue, Columbia is now in Morningside Heights. It granted the first Medical Doctor degree in the United States.

The Columbia Broadcasting System (CBS) was founded as a radio network in 1928. The television network has been owned variously by Westinghouse Electric Corporation and by Viacom.
4. What do an American track-and-field Olympian who won gold in Athens but lost on TV's "Survivor" (2008), a 1982 British-American feature film directed by Jim Henson and Frank Oz without Muppets, and methamphetamine hydrochloride have in common?

Crystal Cox (b. 1979) ran the women's 4x400-meter relay for the US in the 2004 Summer Olympics in Athens, Greece. Her gold medal was later stripped (2012) because she agreed that she had used anabolic steroids. She was a contestant on the seventeenth season of "Survivor" (Gabon), made it to the final six but became the fifth member of the jury.

"The Dark Crystal" is a fantasy about Jen, a Gelfing, who seeks to restore harmony to his world by replacing a shard broken from a powerful gem. Not only was the crystal dark but the whole film was on the dark side, especially for Muppets audiences, as well.

Methamphetamine hydrochloride is the common crystalline form of illegal methamphetamine sold on the street to drug abusers. It is commonly called "crystal meth" with reference to its appearance and structure.
5. What do a social outing on which each person pays for him- or herself, a language spoken in Aruba, Curaçao, Sint Maarten, and Suriname, and American professional wrestler and promoter Frank Stewart have in common?

The English expressions "going Dutch," "Dutch treat" and "Dutch date" all reflect an agreement whereby one person does not pay for the entire cost of a date but rather each individual bears his or her own expenses. Because it can reflect poorly upon Dutch persons, the etymology of these phrases is contested and contentious.

Dutch, a West Germanic language which is closely related to both German and English, is spoken in the Netherlands and by over half of the population of Belgium. It is an official language in Aruba, Curaçao and Sint Maarten. Versions of it are spoken in Indonesia and South Africa.

Frank Stewart was born in Scranton, Pennsylvania, but made his fame and fortune in the Pacific Northwest using the ring name Dutch Savage. He wrestled primarily in Washington, Oregon and British Columbia. He died in 2013 in retirement; a biographical DVD -- "Don't Count Me Out: the Dutch Savage Story" -- was released in 2013, as well.
6. What do an American band which recorded "Witchy Woman" and "Peaceful Easy Feeling" and "Tequila Sunrise", a 2011 movie about a Roman legion which disappeared in Northern Britain in the 2nd Century, and Sam, a Muppet, have in common?

The original Eagles formed in 1971 with Glenn Frey, Don Henley, Bernie Leadon, and Randy Meisner. They went on to fame and major sales worldwide. "Hotel California" marked the height of their career. They disbanded in 1980 and then reunited in 1994. They ceased to perform in 2016 with the death of Glenn Frey.

Channing Tatum stars in the 2011 historical drama "Eagle" about a son's search for his father's golden eagle standard which disappeared along with the entire Ninth Roman legion in ancient Britain. The DVD release contains an alternate ending to the one shown in theatres.

Sam Eagle, animated by Frank Oz, is one of the original television Muppets and appeared in all of the Muppets movies. He is a pompous fellow who stands for dignity, propriety, "high-class" entertainment and the American Way.
7. What do a wooden box on the clerk's desk in the U.S. House of Representatives into which bills are placed, the U.S. Navy Rear Admiral computer scientist known as "Amazing Grace," and a commodity-hauling railroad car have in common?

The box on the desk of the Clerk of the United States Senate into which the members place bills and resolutions is called the bill hopper. The Clerk is elected by the House at the beginning of the two-year legislative session. He or she employs one person designated the Bill Clerk to mind the hopper and record everything placed into it.

Admiral Grace Brewster Murray Hopper (1906-1992) was an American computer scientist who invented the first compiler for programming language. She participated in the invention of COBOL. Her many years of service in the U.S. Navy led to the naming of a guided missile destroyer (USS Hopper, DDG-70) after her. She is buried in Arlington National Cemetery.

There are two sorts of railroad hopper cars -- covered and uncovered -- used to move bulk commodities such as coal and grain. They are shaped so as to be gravity loaded from the top and unloaded by opening a panel or hatch on the sloped underside.
8. What do a merchant in purple cloth in the Acts of the Apostles, the youngest of the Bennet sisters in "Pride and Prejudice," and a homicidal character on "Breaking Bad" portrayed by Laura Fraser have in common?

Lydia of Thyatira was converted by Saint Paul and hosted the apostolic mission in her home, according to Acts 16. She was the first recorded convert in Europe and is regarded as a saint by many modern churches.

Lydia Bennet is only 15 years old when Jane Austen begins her novel "Pride and Prejudice." In modern terms, she is boy-crazy, a flirt, unpolished, and (it turns out) sexually unsophisticated. She runs off with Mr. Wickham to whom she is later married.

Lydia Rodarte-Quayle is a business executive in Houston, Texas, who supplies methylamine to illegal drug producers and who plots the demise of numerous other characters on the series. "Breaking Bad" ran from 2008 through 2013 but Rodarte-Quayle's role was limited to the last season.
9. What do a bird appearing in a series of Berkeley Breathed's cartoon strips, a solitary card game similar to Freecell which uses a "beak" and a doo-wop singing group which first recorded "Earth Angel" have in common?

In the card game of Penguin, the very first card dealt is called "the beak." The rank of the beak determines other parts of the game. The game was invented by David Parlett. while he was writing "The Penguin Book of Patience" which led to the game's name.

The Penguins recorded "Earth Angel" in a garage in South Los Angeles and released it as a single in 1954. It grew to be an immediate hit. The song was covered by a white male quartet, The Crew Cuts, and later by Tiny Tim and by Elvis Presley. "Earth angel, earth angel, will you be mine? My darling dear, I love you all the time. I'm just a fool, a fool in love with you."
10. What do a farm boy turned soldier in the "Beetle Bailey" comics, an American brand of residential kitchen appliances, especially refrigerators, freezers and wine coolers, and a formulation of Coca Cola without calories have in common?

Zero is a character in the "Beetle Bailey" comic strips and comic books. He is a simple fellow, without guile, raised on a farm, without sophistication. He is not stupid, however, or he could not have qualified to serve in the army.

The Sub-Zero Freezer Company was founded in 1945 to build refrigeration equipment. It acquired the Wolf Range Corporation in 2000 to produce compatible cookstoves, ovens and ranges Together, they are considered "prestige" brands,

Coca-Cola Zero or Coke Zero is a low-calorie version of Coca Cola, which is not completely calorie free (as it contains 0.3 kcal per 100ml). The soft drink was introduced in 2005 to attract a male audience, in that men tend to think of Diet Coke as being made primarily for women.
Source: Author FatherSteve 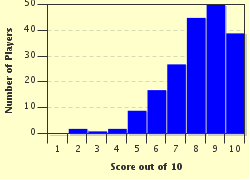 Related Quizzes
This quiz is part of series Three of a Kind:

Each question contains three things which share something in common; the correct answer infers the commonality. This is about as "general" as a general question can get.