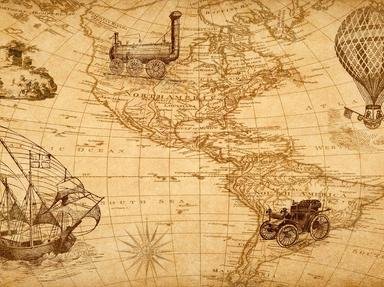 There have been thousands of great people throughout history, people who have changed the utter fate of the world. How well do you know them?

Quiz Answer Key and Fun Facts
1. This British leader was originally an outcast, as well as a chain, cigar-smoking alcoholic. He eventually became a pivotal figure in World War II.

Winston Churchill initially feared Germany from the start, but his words fell to deaf ears. Attlee was Prime Minister from 1945-1951 while Winston Churchill was prime minister from 1940-1945 as well as from 1951-1955. Anthony Eden succeeded Churchill.
2. This hero opposed Octavian after initially working with him under the 2nd triumvirate. He was known as hedonistic and pleasure-loving and was a great friend of Julius Caesar's. He gave one of the greatest speeches in all of literature thanks to Shakespeare, and had an ill-fated love affair with Cleopatra.

Augustus was another name for Octavian, and Marcus Brutus was one of Caesar's assassins. Cleopatra and Marc Antony had a love affair which resulted in both of their deaths and Marc Antony gave a powerful speech in Shakespeare's "The Tragedy of Julius Caesar."
3. This man is responsible for translating "The Arabian Nights" into English, was an accomplished swordsman, and even made the pilgrimage to Mecca in disguise. He was a powerful explorer who searched for the source of the Nile.

The book "To Your Scattered Bodies Go" features him as a main character, and he is a controversial figure in history, said to engage in sexual practices in many of the places he explored.
4. This American World War II general was severely reprimanded for slapping two soldiers suffering from shell shock. Despite this, he's commonly considered one of the greatest generals in American history.

Patton was also an olympic athlete, an outspoken general, and a leading innovator in tank warfare. Both Omar Bradley and Dwight D. Eisenhower started out as his subordinates, but later rose to be his superiors. Most notably Eisenhower, who admired Patton as a mentor and innovator and eventually became president.
5. His nickname was "The Impaler," and was ruler of Wallachia in the 15th century.

Vlad III or Vlad Tepes was also the inspiration for the vampire Dracula. He actually did bear the name Dracula as well, but merely as an inherited term from his father. Dracula meant son of the dragon, or son of the devil. Vlad is considered a hero in Romania, standing up against the powerful Ottoman empire.

He is known for several atrocities however, most notably assassinating numerous boyars, impaling his enemies, and burning the poor and sick alive under the disguise of "a party."
6. He was the 26th president of the United States.

Theodore Roosevelt was the 26th president of the United States. He was also a hero of the Spanish-American War, and the founder of the Bull Moose Party. He played key role in negotiating an end to the Russo-Japanese war, earning him the Nobel Peace Prize.

He was a rancher, historian, athlete as well as a politician. His face is one of the four on Mount Rushmore. In addition to these things he was responsible for the Panama Canal, and an avid hunter and adventurer as well, venturing into Africa and South America.
7. This man was Abraham Lincoln's assassin.

John Wilkes Booth assassinated Lincoln, deeply changing Post-Civil War America.
8. This Greek statesman was a hero to Athens, this period from about 461 to 429 BC is sometimes named after him called "The Age of ________"

Pericles was a remarkable statesman of Athens, doing much to enhance the rights of its citizens. He is considered in modern day terms to be a Populist.

Leonidas was the leader of the Spartan 300.

Thucydides was an Athenian historian.

Archidamus II was a king of Sparta.
9. This leader is responsible for forming the People's Republic of China, a strong figure in Communism and a revolutionary, he was also known for atrocious acts of violence. He was also the writer of "The Little Red Book."

Mao Zedong was a powerful figure in Communism, but by modern standards is considered one of the most evil men in history.

The Rest of the choices are all children of Zedong's.
10. This great religious figure is the key patron of Christianity. He is also considered one of the most important people in the history of the world.

Hopefully you got this question right, if you didn't don't fret. Jesus of Nazareth is the prime figure of Christianity, and is commonly known to the world as Jesus Christ.
Source: Author RockBou 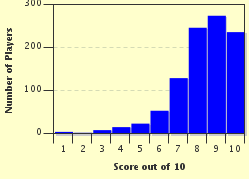 
Other Destinations
Explore Other Quizzes by RockBou